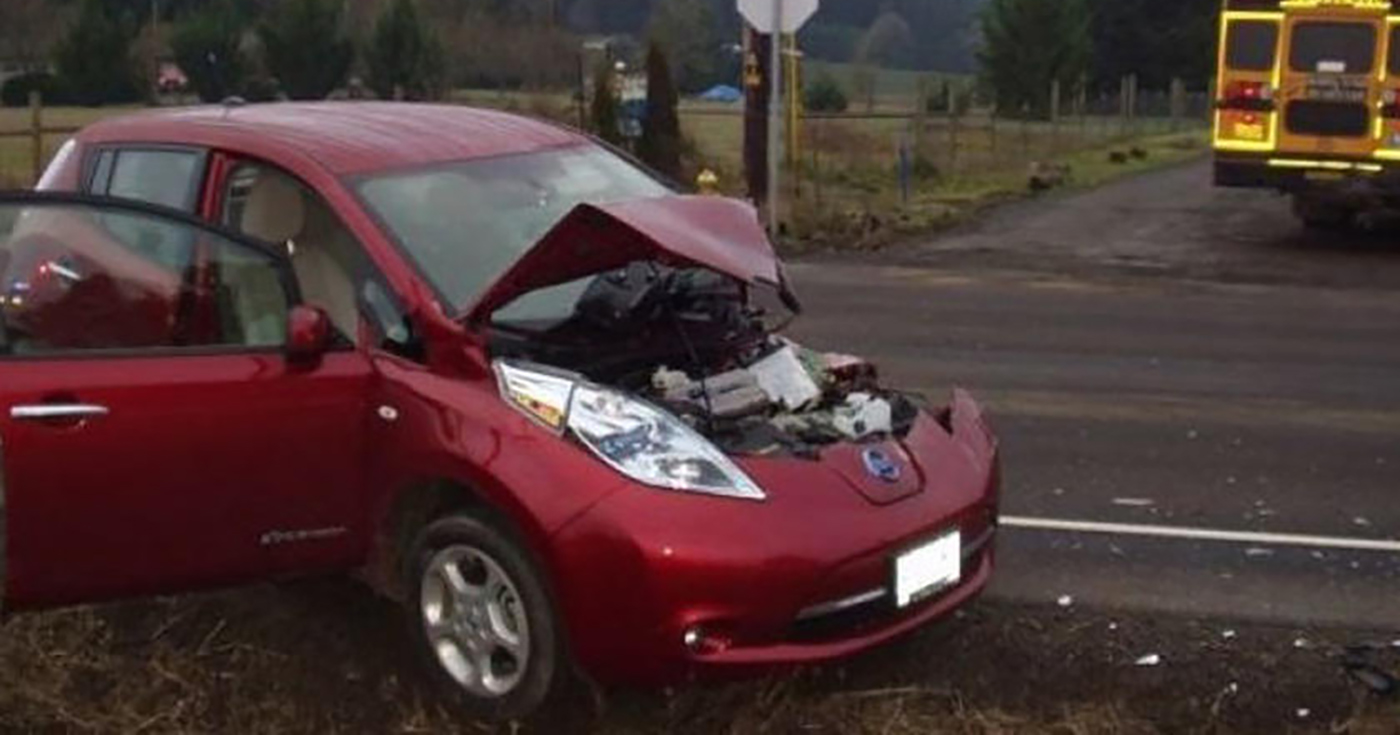 North San Juan, CA — An experimental Google self-driving car was totaled over the weekend when the autonomous vehicle collided with Bigfoot. The 2020 Nissan Leaf encountered a 7-foot-high hairy beast just south of Camptonville around 4:42 pm on Saturday, according to its remote operators in Mountain View, CA.

“We can’t have it hit the brakes every time it encounters fur,” said Ryan Wolford, the chief architect of Google’s self-driving car program. “I mean, cars would crash for the average rabbit. So the tragic death of Bigfoot stemmed from that shortcoming in our technology, yeah.”

“The odds of hitting Bigfoot while riding in our driverless cars just went down significantly. We feel that this can be used as a good marketing tool to sell more of our ready-for-the-future cars, and we look forward to the halftime show this Sunday.”

The software programmers didn’t code their fleet to deal with Bigfoot, and Mr. Wolford somewhat regrets that.

“Hell! We don’t even program it for deer. So we’re going to need to put the algorithm through some serious regressions.”

When the Highway Patrol arrived on the scene, they found a mess of twisted metal and a little bit of hair.

“Initially, we thought the car was abandoned because there was a robot voice inside telling us there was no driver. So we thought it was another North San Juan prank of some sort. But those people at Google must have seen us snooping around because suddenly a voice started frantically saying, “it was a Bigfoot!”

A group of Camptonville teenagers returning from a field trip to the Wayne Brown Correctional Facility happened to pass a few seconds after the accident. 16-year-old Silver Rayne said she thought she spotted the Bigfoot running from the scene.

“I thought it was a bear, but it was much taller than a bear. And bears don’t run on their two feet like that. It didn’t seem hurt at all, not like that car that was all smashed up like that.”

Google’s Wolford said they’ve been using Nevada County as a testbed for its autonomous vehicle program because, in his words, “the roads are just plain crazy.” Mr. Wolford also has a brother who lives in North San Juan, but he claims that has nothing to do with Google’s decision to use Nevada County to test their cars. However, he did admit that occasionally his brother Skyy hitches a ride to Nevada City in one of the self-driving cars.