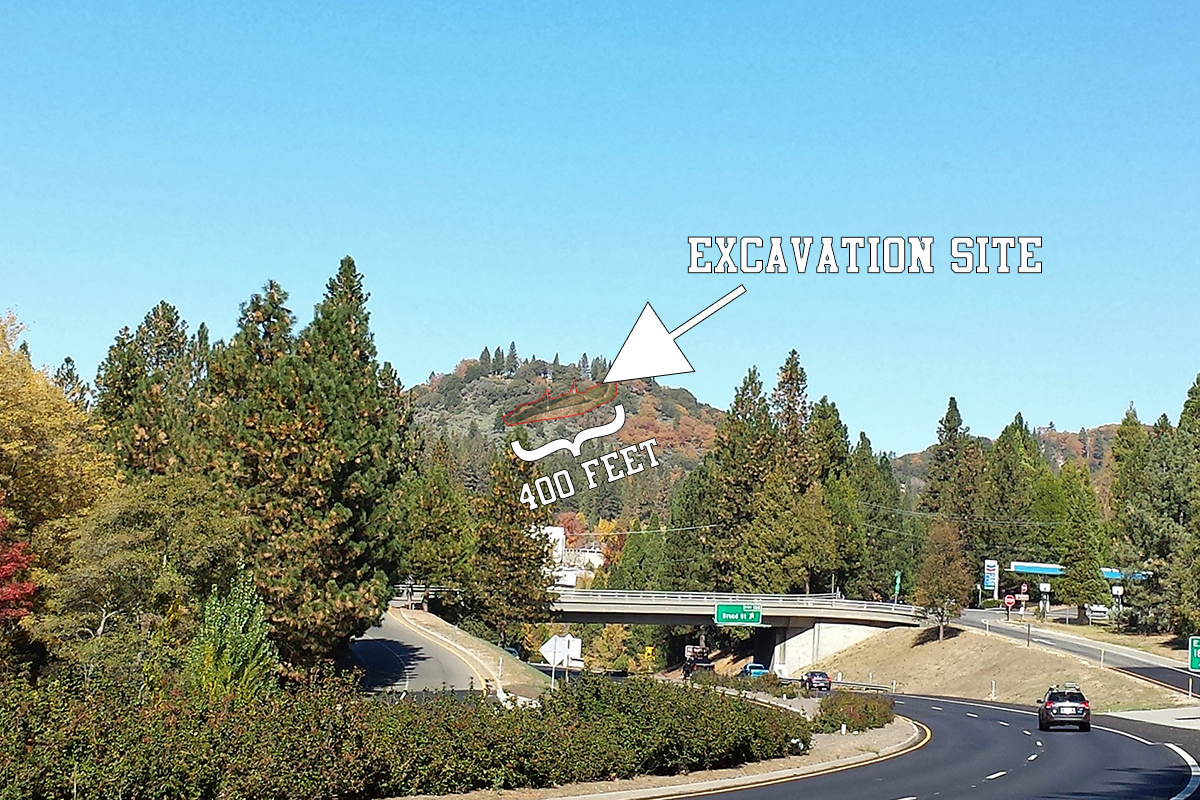 Nevada City, CA — It’s too bad that Nevada City, CA American Baptist preacher Wilford E. Shank died of dysentery in 1867. The 49-year-old man of God maintained to his grave that Noah’s Ark had landed on what locals call Sugarloaf Mountain and not the Mountains of Ararat in modern-day Turkey.

Archaeologists from Brigham Young and Southern Methodist Universities have discovered remnants of Noah’s Ark on the side of the iconic Nevada City mountain. They have spent the last week digging and labeling artifacts and preparing statements for the Press. According to team members. They have followed the cryptic 1862 diary notes left by Reverend Shank.

The Reverend Wilford E. Shank first traveled to Nevada City, CA, to spread the word of God to local miners during the height of the 1849 California gold rush. He arrived in town, the third-largest city in California behind San Francisco and Sacramento, in the winter of 1856, just after the great fire that destroyed the town. His odd and strident behavior, along with his unkempt appearance, would set the template for future residents of the rough and tumble town.

He immediately set out to build his church on Sugarloaf Mountain but abandoned the effort because, in his words, “the miners were too drunk to make it up the steep trail.” But there was one other thing he found, which led to undesirable accusations against him as a charlatan: he found broken pieces of an ancient, buried ship; a ship that measured almost 400 feet and was made from a foreign gopher wood, which is not indigenous to the Sierra Nevada Foothills.

He spent the next year digging out additional artifacts with his bare hands and taking them into town to show the faithful. But unfortunately, after he had retrieved hundreds of artifacts, they were lost when an angry mob of Methodists ransacked his home and burned everything to ashes. Eventually, Reverend Shank had to flee for his life on a late October night in 1860. He remained in hiding until 1862, when he emerged in the neighboring town Grass Valley.

“You have to understand the kind of environment the good Reverend was operating in,” said lead SMU anthropologist and team representative Henry “Hank” Starnes, Ph.D. of the archaeological team that made the discovery. “There were all kinds of ‘men of God’ coming into town at that time making all kinds of promises. Shank was no different in locals’ eyes. And when he started telling people he found Noah’s Ark, he was labeled a crank and moved to Grass Valley where he opened another church.”

According to the Brigham Young archaeologists, who were the first to make the discovery, the Ark is on the southern slope of the mountain just below the old, abandoned Nevada City Airport. Although the excavation is in its preliminary phase, the SMU team is excited about their initial findings.

“We’ve all read the Reverend’s diaries,” continued Professor Starnes, “and to be honest, we were all skeptical until we arrived here. But it all makes sense in retrospect. America is the promised land. And God put Noah’s Ark in the 13th Tribe’s chosen land, not in a decrepit place like the Middle East. And besides, Nevada City is only one of a few Spiritual Vortexes on Earth. Now that we have the real evidence, this will change everything.”

The archaeological team plans to work all summer digging out the hillside. However, according to the City, the team has not applied for a permit nor done any Environmental Impact Reports (EIRs) on their dig, so many remain skeptical that the activity will last more than a few days.

“We’ve got God on our side,” said Professor Starnes, whose tone turned serious. “Besides, the Discovery Channel will be here in two days to capture what’s happening. Who is going to say no to National attention? Certainly not the level-headed leadership of Nevada City, right?”