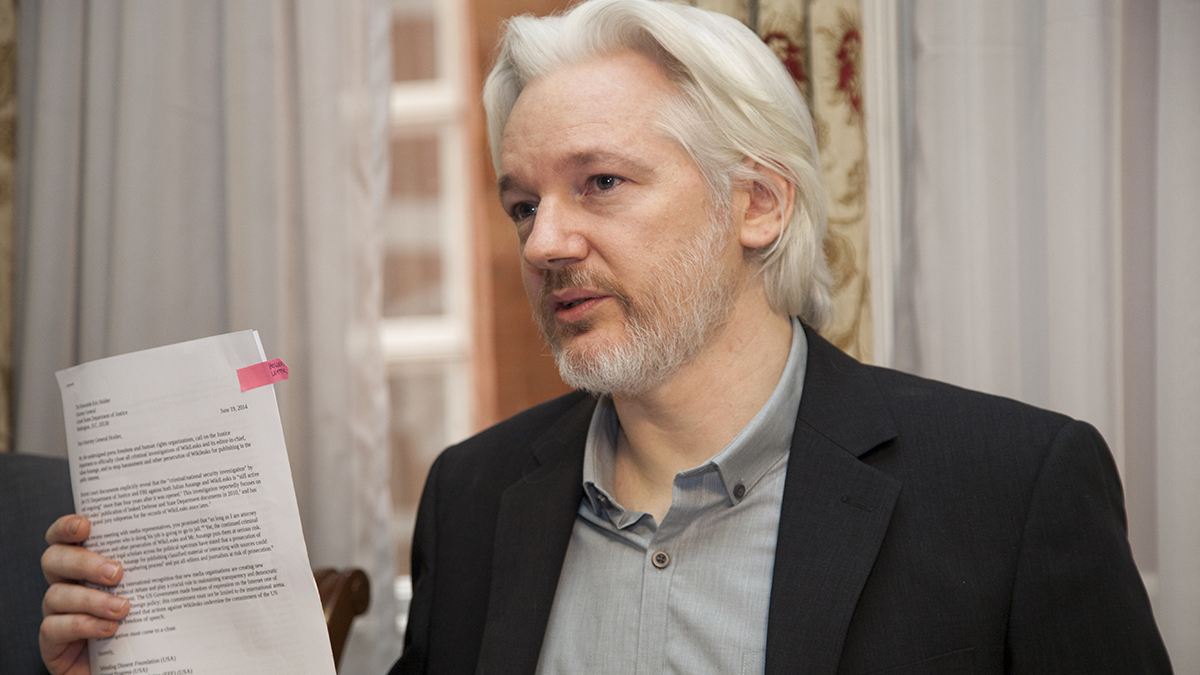 Nevada City, CA — A group of Nevada City activists are celebrating tonight after successfully lobbying the city council to grant Wikileaks founder and chief spokesman Julian Assange political asylum in the town. After over three months of protests outside the City Hall chambers, members of the local chapter of “Free Assange Now” movement or FAN managed to get their local government to consider the ordinance.

“This is a great achievement for FAN and lovers of government transparency everywhere,” said local FAN leader and community activist Sairhra Ramun speaking with her bullhorn on Broad Street. “We have shown the world that the People still matter. Elites and cronies everywhere should be very afraid.”

Julian Assange is an Australian computer programmer, publisher and journalist. He is editor-in-chief of the web site WikiLeaks that he founded in 2006. In 2010 the United States government investigated several of Mr. Assange’s published leaks and requested that several allied nations help in prosecuting him for releasing classified information.

Because of concerns that he would be extradited to the United States or Sweden (where he still faces criminal charges of rape) Assange sought and was granted asylum at the Ecuadorian Embassy in London where he has been living ever since. Many other groups have sought to provide him safe travel to political havens throughout the world. Nevada City is the first place to approve and also fund his travel outside the embassy.

In related news Mr. Assange and the Wikileaks organization have been accused of tampering with the 2016 U.S. Presidential election. Some have charged that this was a subtle attempt to pander to Donald Trump for a presidential pardon for his alleged crimes.

“Well, it seems perfectly clear to most of us closely observing this man that Mr. Assange placed his bets on Donald Trump to win the election,” said Professor James Badwater of the University of Chicago. “And he won. And now it seems he’s looking for some help from the current President in the form of a pardon, even though he hasn’t been convicted or charged with anything yet.”

According to Wikileaks, the organization did indeed reach out to the Trump team this week.

“Through U.S. counsel we had reached out to the Trump administration in the past and we will continue to do so with current and future US administrations until the investigation is closed,”  say attorney Jennifer Robinson, who is representing Mr. Assange.  “It is important to remember that he has never been charged and has already been cleared once by the previous prosecutor. And we are happy that dissent-tolerant places like Nevada City are willing to protect this hero of freedom.”

According to the Nevada City ordinance, the city will pay for his flight out of the United Kingdom, and house the controversial figure in an “undisclosed safe house” until “which time that the United States government pardons or dismisses his investigation.”