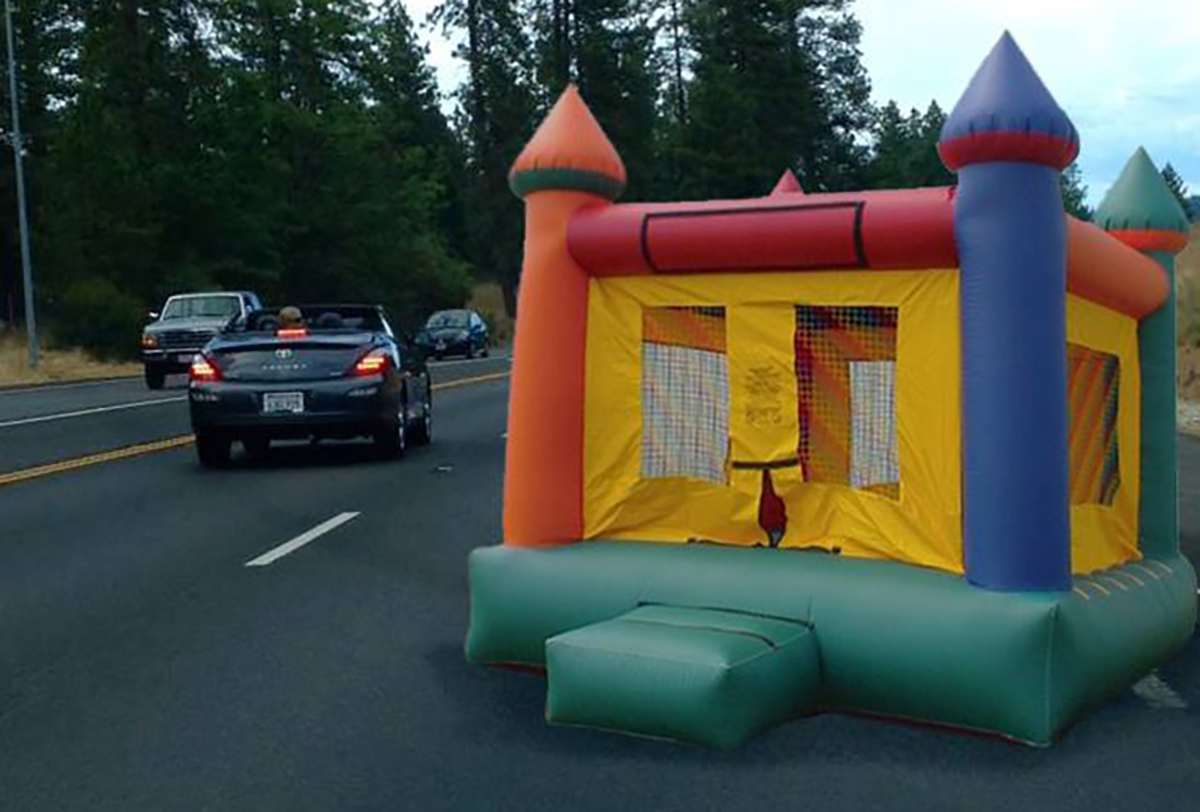 “I’m just sick of the way people drive on this highway,” said an irate Mr. Dodge in a Gish Gallop telephone interview. “People drive too fast and tailgate. It’s [email protected]#$2%$ stupid. So I finally lost it and decided to do something about it the best way I knew how.”

Several drivers had assumed that Mr. Dodge was having car trouble.

“I was on my way back from Costco,” said recent area transplant and painting contractor Tommy Empire, “when I see this guy kinda running around his van. His hazards were on, so I thought I’d stop, but Peg [Tommy’s wife] told me not to stop and keep driving. So I did just that.”

According to the California Highway Patrol report, Mr. Dodge pulled his vehicle over at approximately 6pm. He then exited the van and removed his portable Honda generator. He proceeded to inflate the bounce house causing significant distractions on the busy highway. Interestingly, two cars actually stopped and three children attempted to enter the attraction.

“I was just trying to make a statement, and not a quick buck,” continued Mr. Dodge. “But suddenly there were these kids taking off their shoes on the highway and making their way into the Bounce House. For a minute there I forgot what I was doing and asked their parents for $3.00. Then I snapped out of it and told them to get out and get back in their cars.”

Mr. Dodge was cited, but not arrested for obstructing the highway and operating an entertainment device without a permit.