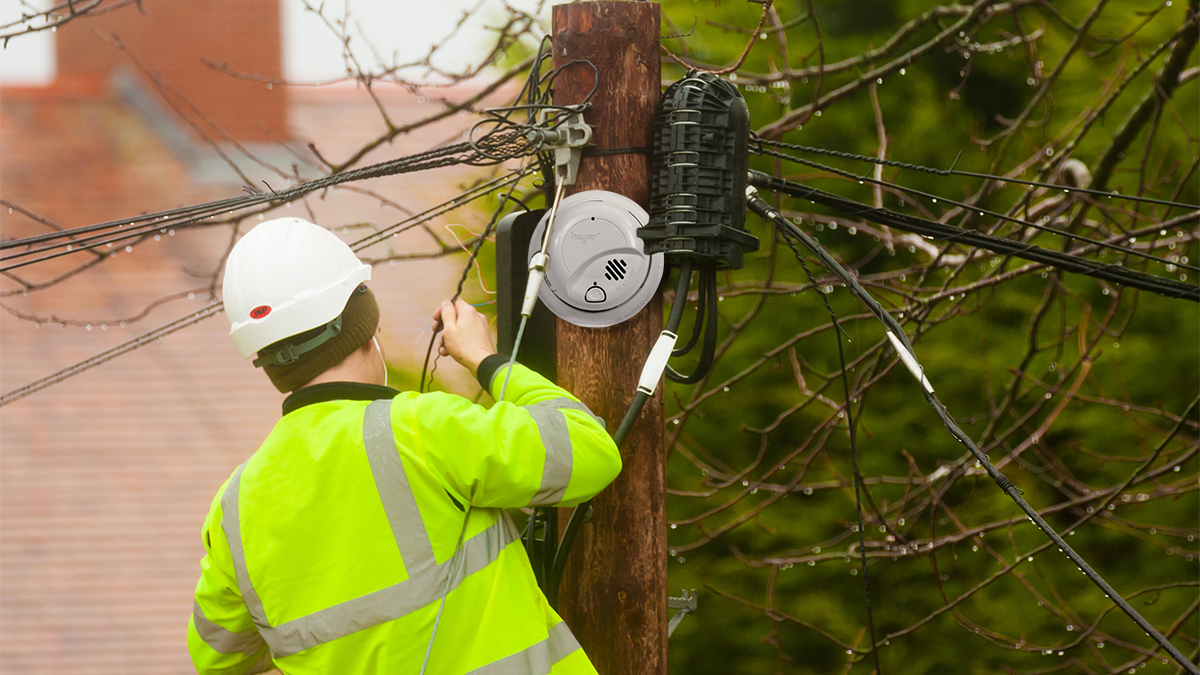 Sacramento, CA — Following years of devastating California fires that have destroyed thousands of lives, Pacific, Gas, and Electric Company, or PG&E announced this week that they were taking a “bold new approach” in combating wildfires started by faulty power equipment.

“Given the terrible situation caused by wildfires over the past three years, we have decided to take the innovative steps of installing fire alarms on telephone and power poles throughout the state,” said PG&E Director of Communications Bethany Millbright speaking with the press. “We feel certain that the incessant, high-pitched beeping will alert everybody to flee the area until the situation is under control.”

The plan, which calls for over 144,000 First Alert fire detectors to be mounted 20 feet up on utility poles, is fraught with several issues. The most notable being that PG&E hasn’t identified who will be responsible for both the monthly tests of the devices, but more problematically, who will be charged with replacing the 9-volt batteries when they start beeping at the end of their life.

“I was smoking some resin, man, and I heard all this beeping. Everybody freaked the fuck out,” said a somewhat jovial Mr. Wolford out in front of the Sierra Super Stop on Highway 49.  “It was hilarious. They drove off with guitars and bugout bags, yelling cat names out the window.”

Others were even more confused.

“I thought my cymbal had taken on a new sort of ‘ping’ and it was right on the beat, so I used it in the mix,” a local drummer “Moonash” stated. “But it was the pole beeping man. I was like, you know…what was I saying?”

According to PG&E, there will be a huge push to get the fire alarms installed by next spring. The company is asking for their customers’ patience while the new devices are put onto the poles, as there may be significant traffic delays. The company is also asking customers near the poles to carry extra 9 volt batteries in case of an emergency.