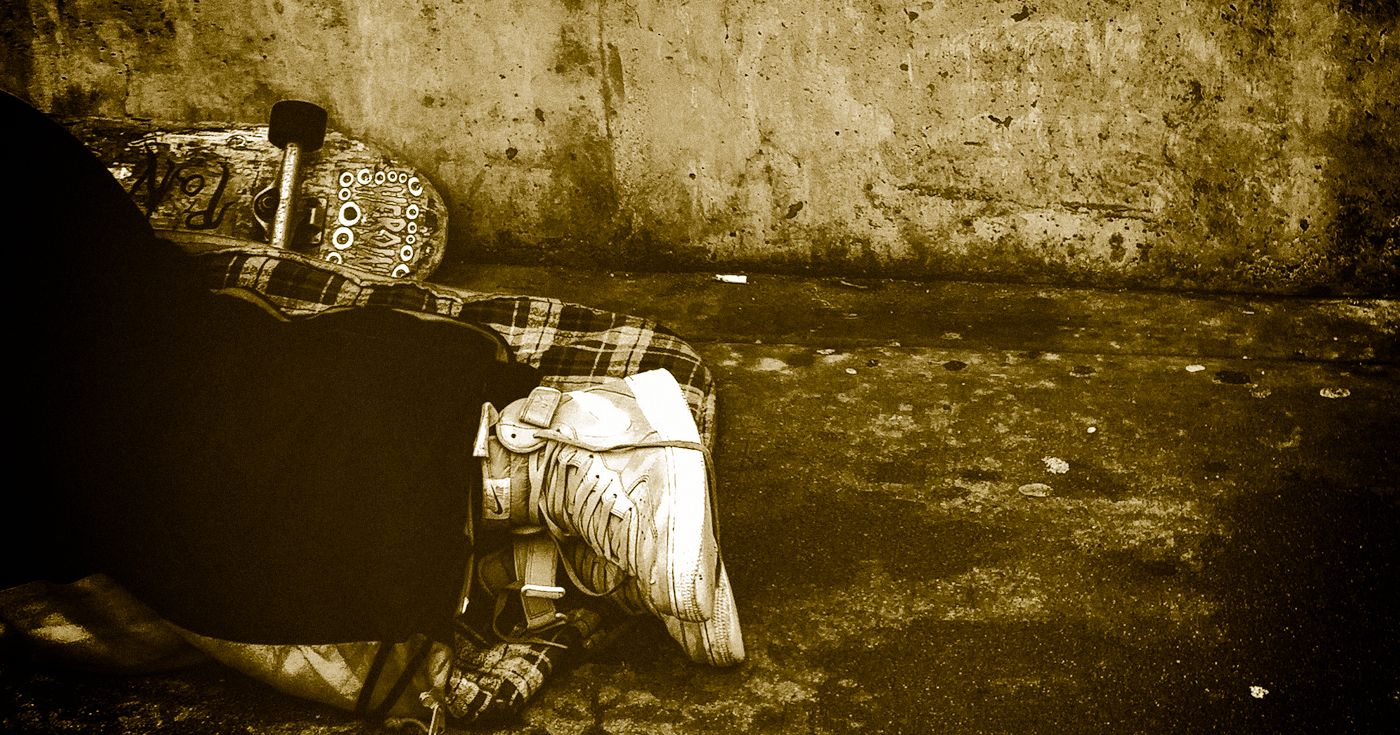 Grass Valley, CA — A local anti-homeless Facebook group is under fire for encouraging its 1000-plus members not to harm any transients despite its concerning title. Group founder and chief mouthpiece Cliven Duster sent out a rambling video earlier this week, emploring the group’s members not to harm, nor even approach homeless encampments even though his now-private “Grass Valley Harm The Homeless” regularly hosts discussions encouraging assault.

“Look, I can’t stress enough how important it is to let law enforcement do their jobs,” said Mr. Duster in his early morning screed. “Just because we say things in this group, doesn’t mean you should do them. I hate these scum just like the next guy, but we can’t go around attacking them just because we’re saying to do that with our words.”

However, regardless of his attempts, it appears then the group has already violated several California state, and perhaps Federal laws.

It’s Against the Law

According to California Penal Code 422, any person who willfully threatens to commit a crime which will result in death or significant bodily injury to another person is to be taken as a threat, even if there is no intent of actually carrying it out. The specific intent can be a statement, made verbally, in writing, or by means of an electronic communication device.

As a “wobbler” crime, such illegal speech can lead to one year in jail for a misdemeanor and four years for a felony conviction. And because a criminal threats conviction is a “strike” under California’s three-strikes law, you must serve at least 85% of your sentence before you are eligible for release.

“So a person who does not want help is polluting our streets why can’t we just annoy the shit out of these people,” said group member Dave Stench not realizing his speech wasn’t protected under the 1st Amendment. “Let’s follow them around town with air horns.”

In an attempt to reign-in the growing chaos in the Facebook group, Mr. Duster, who was from the Central Valley and recently served felony probation along with accomplice Marcus Defucka, posted several responses to remind members that he does not condone any threats of violence.

“If you harm these people we’re targeting, you have no part of my group,” said Mr. Duster in a follow-up post. “That’s not what we’re doing here. So, don’t throw M-80s at their camps or light their camps on fire. I won’t stand for it. We post these locations, not for you to harass these people, but to put an end to them. Don’t go and harass them and beat them up. We don’t endorse that.”

Reaction from the community has generally been negative, except, of course, for the members of the Harm the Homeless group.

“It’s hard to believe these people are my neighbors, but I guess I’m not surprised,” said Nevada City resident Stacy Grant speaking from her Cottage Street home porch. “I guess the urge for the oppressed to strike down at the more oppressed, rather than up at the oppressor, is something that has been festering for a long time. And stoked by people like Trump.”

Ms. Grant says she’s reached out to Law Enforcement and reported the group to Facebook with several screenshots. According to Facebook’s Terms of Service, using the platform to incite or organize any form of violence is prohibited and will result in de-platforming.

“That’s what we need to watch,” said Professor James Badwater of the University of Chicago’s Badwater Institute of Culture and Bias. “These groups typically start out on Facebook, but when they come under scrutiny, they abandon the platform and move to more discrete and encrypted ones like WhatsApp and Discord, where it’s hard to track and monitor their progress. At least that’s what they think.”