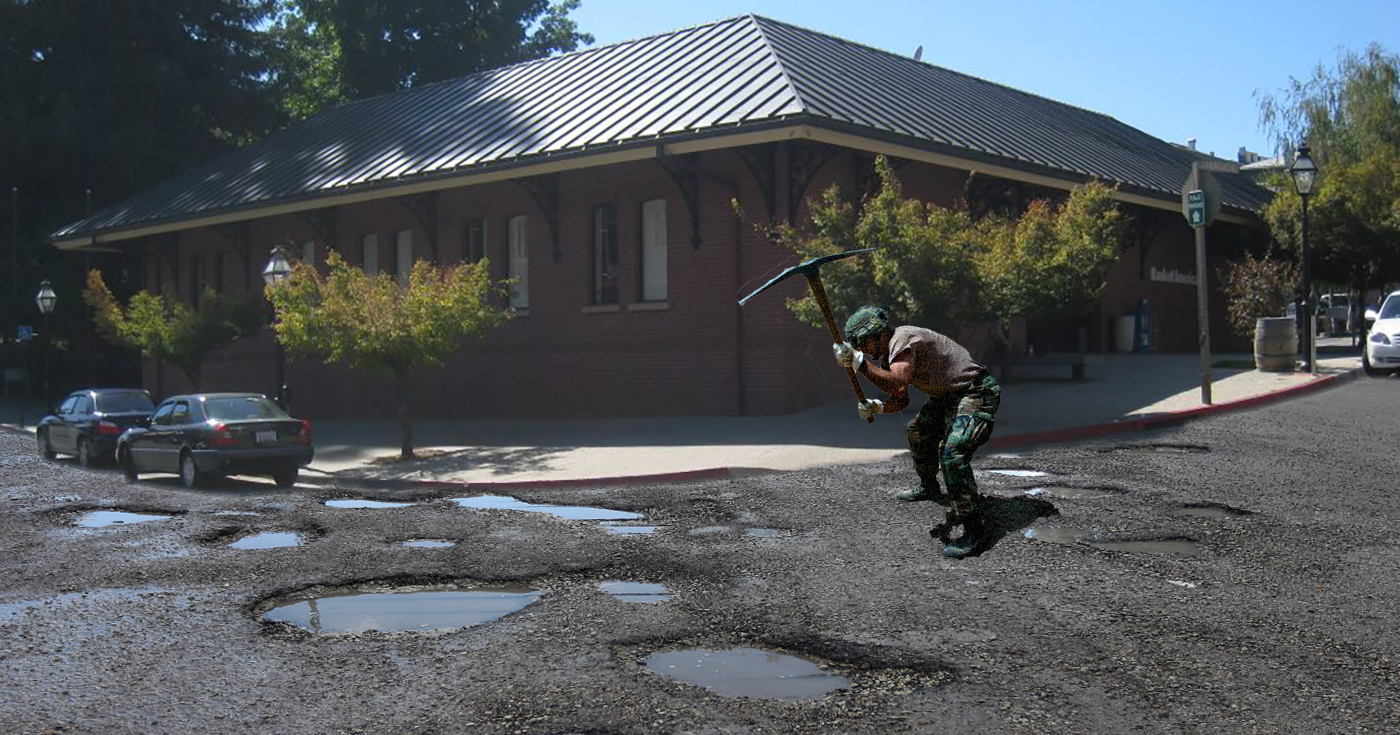 Nevada City, CA — In a rare moment when the city council wasn’t consumed with long-winded speeches about the dangers of Wireless 5G, vaccinations, or chemtrails, Nevada City introduced a new ordinance amending the city’s charter to include potholes.

“It’s pretty obvious, isn’t it,” said former Mayor Senum, who’s running for California Governor, during an hour-long rant in the city’s chambers. “Now that we have the 5G elites on the run and the world’s first chemtrail ban, it’s time to drive home that rustic vibe; to make Nevada City great again. This is why I’m introducing the Road Unrestoration Act of 2020.”

According to a draft of the ordinance, which still requires vetting from city attorneys, Nevada City will not only ignore existing potholes but will actively create new ones to “return Nevada City to its heyday of the 1860s.”

“Look, this is something we can do together,” continued Senum. “Much like our clean-up days, I’m already organizing crews to start picking away at our streets. And with the money we save on road maintenance, we can use those funds to defend against the millions of dollars of lawsuits we face from Verizon and other big telecom companies.”

Earlier this week, Ms. Senum was cited for furiously tearing-up Commercial Street with a pickaxe. According to numerous eyewitnesses, she spent several hours chipping away at the famous street without making as much as a small dent.

“She must have been out there for 3 hours before the police finally showed up,” said long-time Nevada City fixture Toby “Doob” Carnvale. “She was a -hacking and a-chopping away at the pavement wearing military fatigues. So I hollered at her, ‘hey Reinette, what in tarnation are you doing?’ She stopped, looked at me, and said, ‘I’m making Nevada City great again.’ After that, I just left her alone. I’ve learned to keep my mouth shut about such things. Don’t want no trouble.”

The new ordinance is set to take effect sometime, we guess, when the weather gets nicer.