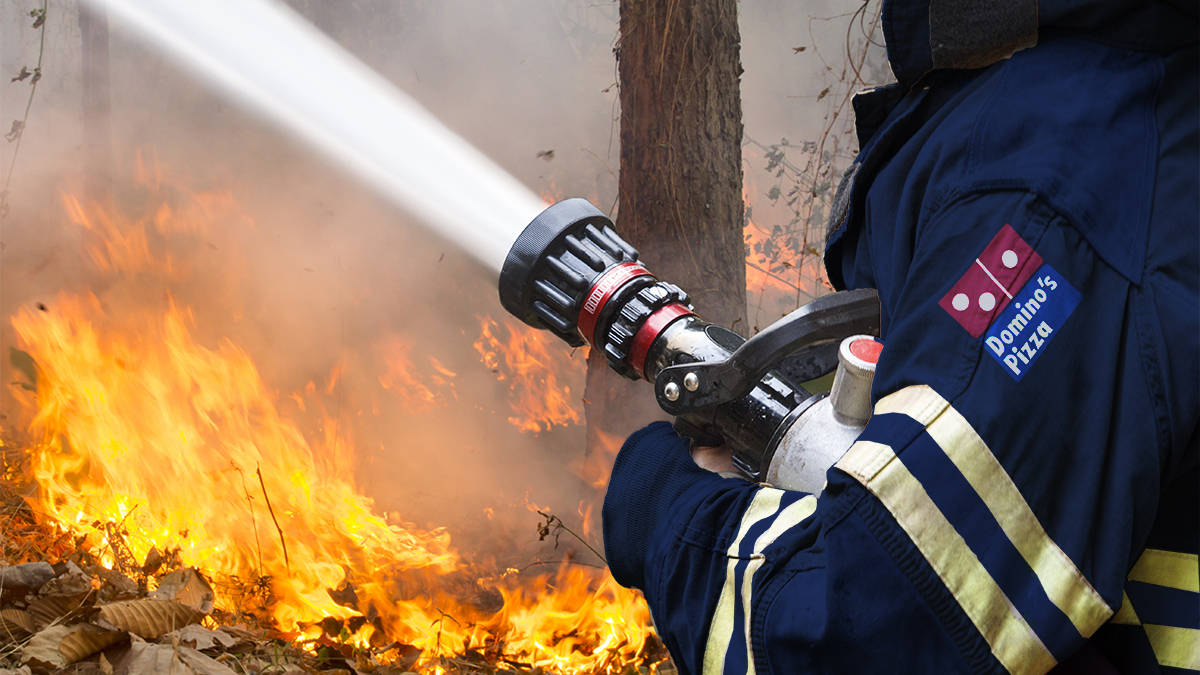 Following a good citizen model where it donated up to $5000 to cities to help them repair potholes along common pizza delivery routes, Domino’s is stepping up his civic game by volunteering its drivers and select managers to help with the firefighting effort.

“This is the spirit of voluntarism that makes America great,” said Domino’s spokesperson Bethany Millbright regarding the latest self-interested effort to help extinguish wild fires. “Obviously, we will be focusing our prevention and fire-fighting efforts on those roads and routes that serve our customers, which we believe will also help the general population. Mostly, that is.”

A preliminary plan released by the company outlines how drivers and managers will engage in wildfire efforts. During low fire danger periods, Domino’s drivers will be required during their shift to cut-down 1-2 trees that may pose a risk to falling on power lines.  During wildfire incidents, drivers will be expected to drive their Corollas into the fire complex and fight the blazes next to other firefighters.

Domino’s managers will be expected to stand at a distance and criticize driver’s their retardant portion sizes, the condition of their uniforms and the speed at which they’re battling the infernos.

“It’s a win-win for everyone,” continued Ms. Millbright, “Domino’s contributes more resources towards fire-fighting, and cities and towns get a deal.”

The company says their firefighting efforts will commence immediately.