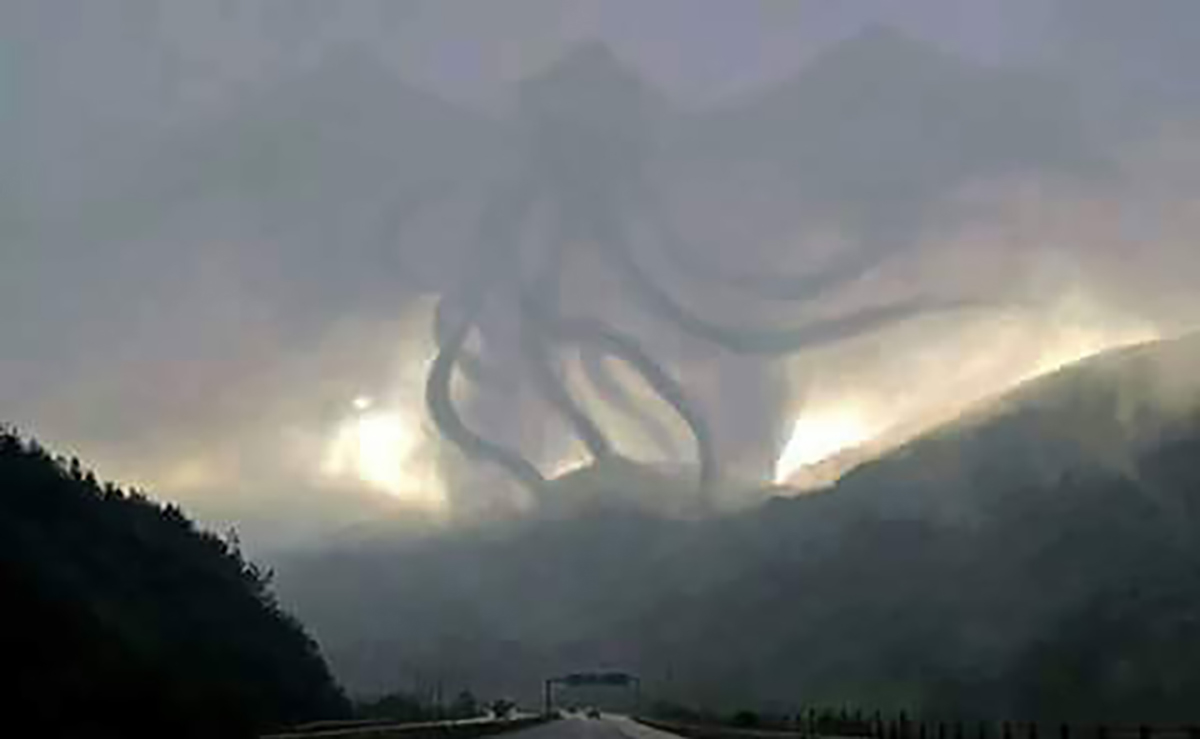 Truckee, CA — After a recent appearance of Jesus Christ in the clouds above Nevada County, the water-based monster Cthulhu made a terrifying appearance during a recent storm. Cthulhu, who is a terrifying monster of earth-ending destructive force, appeared in the skies over Interstate 80 late yesterday. There is no word from the octopus/dragon-like entity if it has any plans for the people of Earth, however its appearance probably means all humanity is about to end.

The picture, which was accidentally captured by Lake of the Pines resident Margaret Porter as she was driving to see her son in Truckee, CA, was shot using her mobile phone at dusk.

“Thank goodness my son showed me how to use this iPhone camera,” said Ms. Porter in a Gish Gallop telephone interview. “I was driving to see my son. It was raining very hard and I wanted to capture the storm. When I showed it to my son, he saw that monster thing. He’s such a smart boy.”

This is the second time in less than a year that a supernatural entity has been spotted over the skies of Nevada County, leading locals to speculate on the phenomena.

“It’s clearly a sign,” said community organizer Sairhra Ramun during her weekly broadcast on local radio station KVMR. “We need to prepare. These continuing signs in our skies are an omen of our doom. But we can change course if we band together. Together we can win the battle for our skies.”

The National Weather Service said the phenomena was a result of a turbulent storm that pounded California over the past few days. the NWS said that it does not comment on “spiritual matters.”