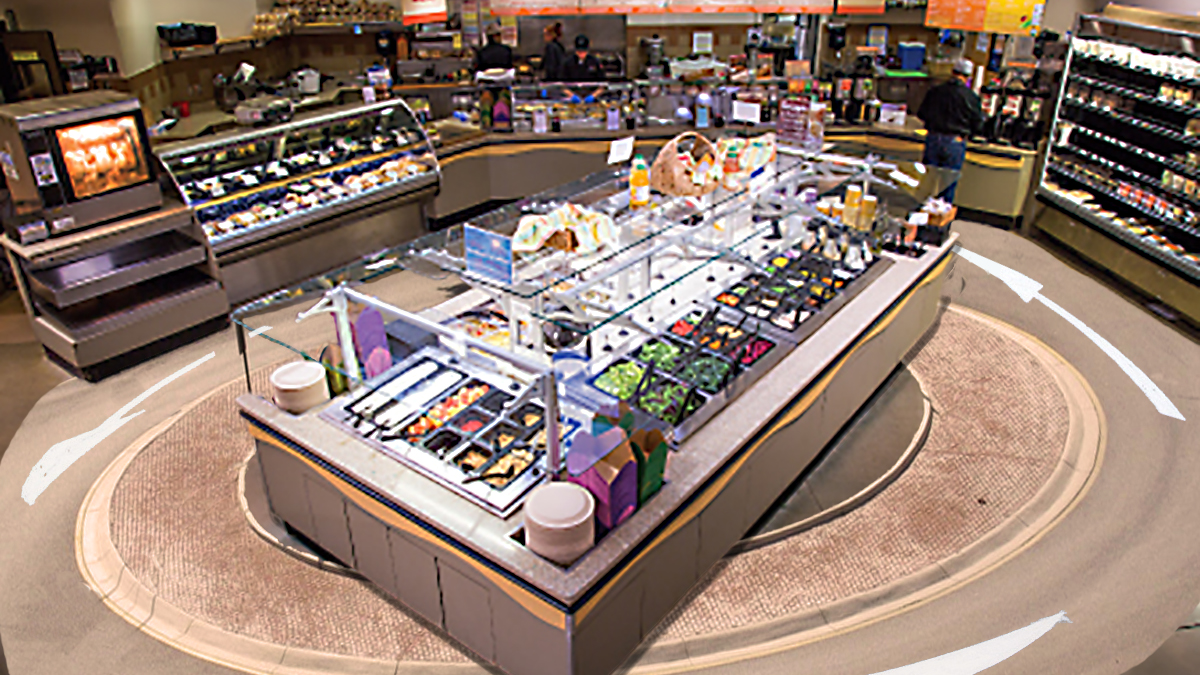 Grass Valley, CA — Frequent BriarPatch Deli and Salad Bar patrons are rejoicing across Nevada County after the popular food coop/grocery store installed a roundabout around its hot food/salad bar station. After months of planning, following years of near constant complaints, the BriarPatch management hopes the addition will lessen acrimony and confusion at the popular food stop.

Earlier this year, the BriarPatch installed a Roundabout in their crowded parking lot to reduce what many have referred to as “BriarPatch traffic.” Prior to the roundabout, many customers reported confrontations in the parking lot between people who were just trying to park, and people, in the words of frequent shopper Janet Williams, “were too stoned to pay attention to anything.”

“I can’t tell you how happy I am about this,” said Ms. Williams. “Every time I go in there, it’s frickin’ chaos. No one follows any rules. There are people darting in and out while you’re trying to get things together. Stupid idiots putting ranch dressing on their pasta. This is going to be a welcomed addition.”

How Did The BriarPatch Figure This Out?

Before deciding on the in-store Roundabout, BriarPatch management considered putting a new roundabout within the current one, given its success. “Why not double it?” management questioned in an internal memo. However after surveying its customers, the COOP decided to install one around the salad bar.

Although many customers see the roundabout as adding to a necessary order sorely missing from the BriarPatch, others including North San Juan resident Skyy Wolford see it as yet another intrusion “the corporate state control” into our lives.

“Look man, there is an ebb and flow to life that can’t be captured by this kind of central control,” said a bewildered Mr. Wolford who doubts he’ll be returning to the BriarPatch anytime soon. “I mean, it’s a natural way people graze man. It’s like, some people like to make tacos and then run over and pour ranch dressing all over them, you know? You can legislate that kinda of stuff man. It’s highly repressive.”

Initial response this week has been generally position, due to the fact that most customers are simply ignoring it.