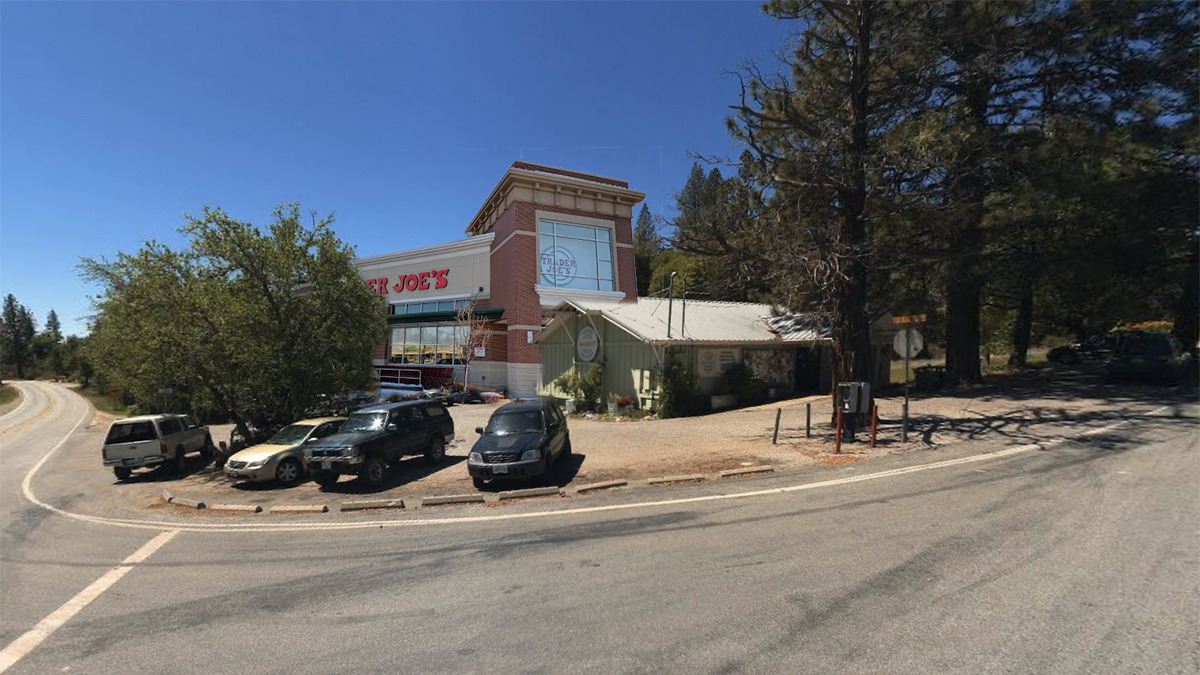 North San Juan, CA — A new resident is coming to the Tyler Foote Road later this summer, and it has area residents both excited and angry. Trader Joe’s announced this week that it plans on opening one of its new mini satellite stores in North San Juan, CA.

The Monrovia, CA-based grocery store chain launched “Mini Joe’s” last summer to compete with new Amazon.com micro-stores the retail giant opening in large cities across the country. Rather than competing in urban centers with Amazon, Trader Joe’s made the strategic decision to target remote and rural communities where it believes demand for its unique shopping experience make more sense.

“Change is the only constant in the grocery business,” said Trader Joe’s spokesperson Bethany Millbright. “At Trader Joe’s, we’re always looking for new ways to connect with our customers. Did you know that we sell more pumpkin spice foods than any other grocery chain? Things like that.  Mini Joe’s will allow us to reach deep into rural America, where we believe the demand for our type of unique shopping experience is the most.”

Mini Joe’s will offer the same type of Trader Joe’s shopping experience, but in smaller, more compact stores. Of the 14 Mini Joe’s currently open, the largest is just under 1000 square feet.

“We can offer that same shrink-wrapped Trader Joe’s Magic in a tighter space,” continued Ms. Millbright. “We are certainly excited to come to Nevada County. Our research over the past 10 years tells us that the small community could not support a full-sized store, however with the invention of Mini Joe’s, we finally have the right kind of experience for communities like North San Juan and beyond.”

According to Ms. Millbright, they chose the North San Juan at Purdon and Tyler Foote Roads because “it already had a well-established market.” And by well-established, she meant Mother Truckers, the long-standing country store that has provided groceries for area residents for over 40+ years.

Surprisingly, there hasn’t been the kind of outrage seen in past corporate expansions into Nevada County. In fact, many are downright excited.

“I’ve been waiting years for this,” said Cedar Ridge resident and self-proclaimed ‘super shopper’ Janet Williams. “I don’t even care that I have to drive all the way out there. I love Trader Joe’s. I must have written over a hundred letters begging them to open a store here. I can’t believe it. I really can’t, but I’m hella glad, you know?”

Although most are thrilled to have the new Mini Joe’s on the Ridge, not everyone is celebrating.

“Look, I know everyone is always screaming for a Trader Joe’s here, but not me,” said Tyler Foote Road resident Dell ‘Blade” Robertson. “I’ve been out here since the 70s, and we don’t need that big city stuff here. Mother Truckers gets me everything I need in bulk. And we’re not the kind of people who want frozen swordfish. Although the cheap wine might be OK.”

Jed Construction of Roseville, CA has already started construction on the Ridge Mini Joe’s and plans on completing the 4000 square foot facility (3000 for the warehouse and 1000 for the shopping floor) sometime in late Spring.