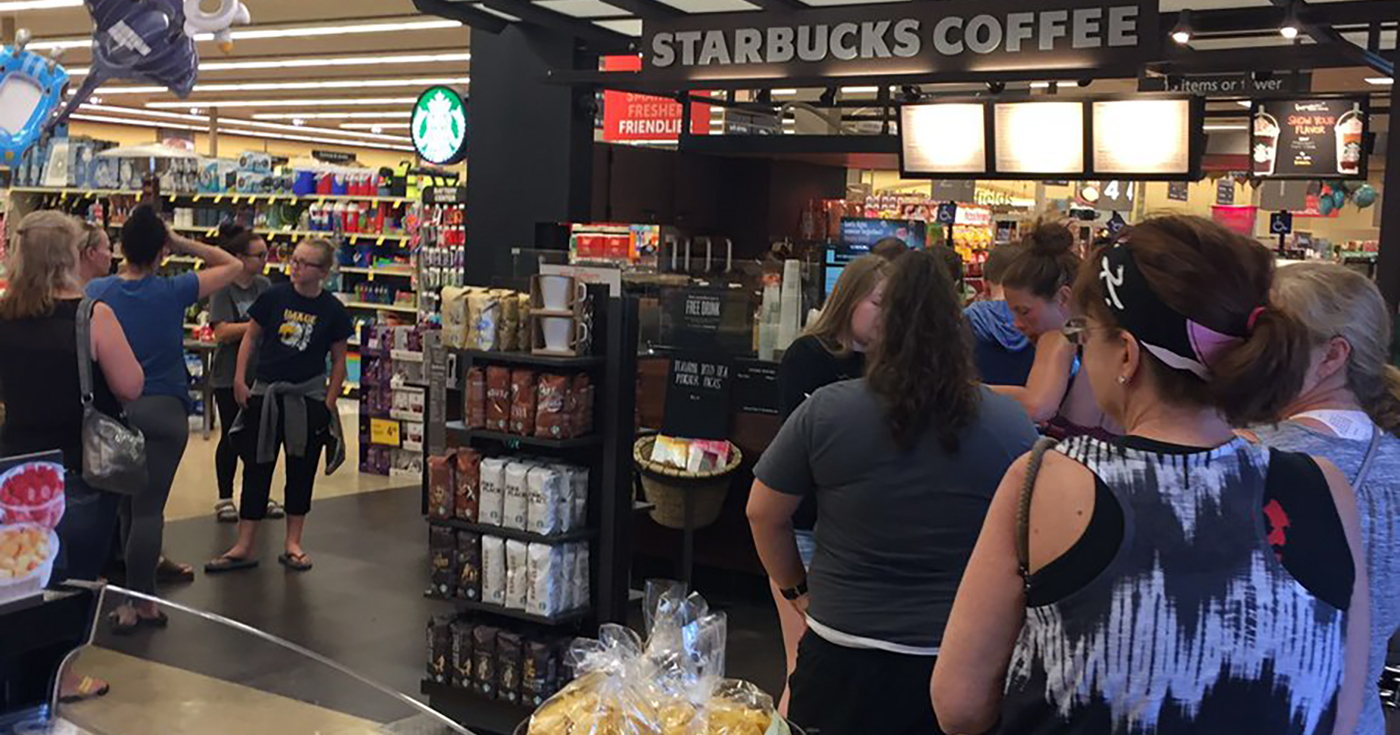 Grass Valley, CA — The Grass Valley Police Department is looking into complaints that organized homeless “gangs” are posting pictures of unwitting grocery shoppers at the Glenbrook Safeway. This is on the heels of recent and unsubstantiated reports that the Nevada City chapter of ANTIFA is handing out guns to the area homeless.

“There have been several calls to dispatch over the past week of suspicious persons snapping pictures of grocery shoppers in and around the Sutton Safeway,” said GVPD Staff Sergeant Stanton Starves speaking of that he called a ‘looming crisis.’ “You can’t go around invading people’s privacy like that. It’s making everyone feel uncomfortable.”

According to Activate Now!, the homeless outreach arm of the local ANTIFA, they want the homeless on the same footing as everyone else.

“Over the past few weeks, hundreds of jack-booted local reactionaries have been publishing pictures online of what they claim are homeless people,” said Activate Now! spokesperson Kathy Cunes of Nevada City. “It’s not illegal to take pictures of people and share them online. So what’s good for the goose is good for the gander.”

What is Good for the Goose…

One area homeless man, who goes by the name of Paul Kanter, said he was tired of people aggressively approaching him and decided to fight back.

“People in this town are meaner than my father,” said Mr. Kanter holding up his cheap, pay as you go mobile phone to show some of the pictures he’s taken inside Safeway and other businesses. “All these people have everything in the world, and they somehow feel the need to attack people who have nothing. I guess it makes them feel better about themselves.”

Many Safeway shoppers had no idea that their likenesses were being used without their knowledge.

“I don’t understand why they are doing this,” said Mary Shilling, 73, of Penn Valley. “Why does Safeway even allow them into the store? Can they see how awful they look?”

When told of several online groups who were publishing threatening photographs of homeless people in the Glenbrook Basin, Ms. Shilling seemed to have no problem with that.

“Well, how else are you going to catch them?” continued Ms. Shilling. “Anything we can do to help law enforcement round-up these vermin and send them back to San Francisco is OK with me. We don’t need their kind here, especially when Gavin Newsom is secretly shipping them to us.”

The Grass Valley police admit there is nothing they can do to stop the homeless from taking pictures, but insist they will do everything in their power to uphold the law.