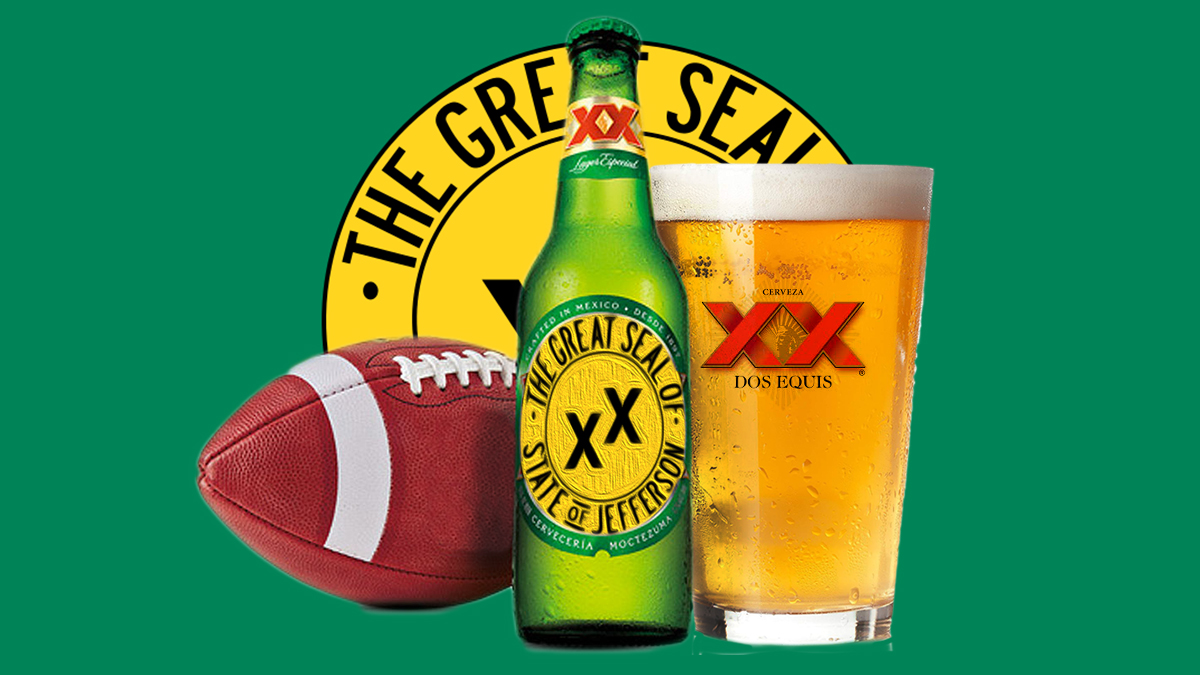 Dos Equis claims that the state of Jefferson’s appropriation and use of the “XX” in the political movement’s logo “dilutes the Dos Equis brand.”

Lawyers for Dos Equis, in their suit, state that the name for the beer came about in 1897 when the original XX was the Roman numeral representing “twentieth” in anticipation of the new century. The state of Jefferson movement’s use of the XX was first used in 1941, signifying that California and Oregon’s states had double-crossed people.

“It’s a really shitty design.  I mean, it’s one of the most awful things I’ve ever seen,” said Maria Teresa  Sanchez Peña Benavidez y Trujillo y Martinez del Toro de Sanchez, brand manager for the Dos Equis Brewing Company. “The design of the State of Jefferson logo has broken almost every graphic design rule out there. We have a carefully crafted brand identity and don’t want our brand associated at all with this visual nightmare.”

Peter Chinn, a public relations spokesman for the beer company, stated, “The defendant’s logo also creates collateral damage to the Dos Equis ‘Most Interesting Man in the World’ marketing campaign. There is nothing about the state of Jefferson movement that is even remotely interesting, except that maybe it’s cray-cray-fringey.  And that’s not the kind of ‘interesting’ we are trying to cultivate.”

“We do not want the Dos Equis brand being mistaken for supporting what is essentially a secessionist movement,” he added. “Beer should bring us together and not cause strife, arguments, and bar fights over political topics,” he added.

“We didn’t know that ‘dos equis’ means ‘two Xs’ in Mexican,” claimed Todd Rufus, one of the State of Jefferson’s organizers. “How can it dilute their beer when it comes in a bottle? You can’t tamper with something that comes in a bottle.”

Lawyers representing the state of Jefferson have not yet responded.

(DISCLAIMER:  Despite the initials in his name, Xander X. Xanthangum is neither associated with nor endorses the state of Jefferson XX movement. He does, however, drink Dos Equis beer as long as someone else is buying. He was also running for the Dos Equis “Most Interesting Man in the World” ad campaign but lost to an actually interesting guy.)