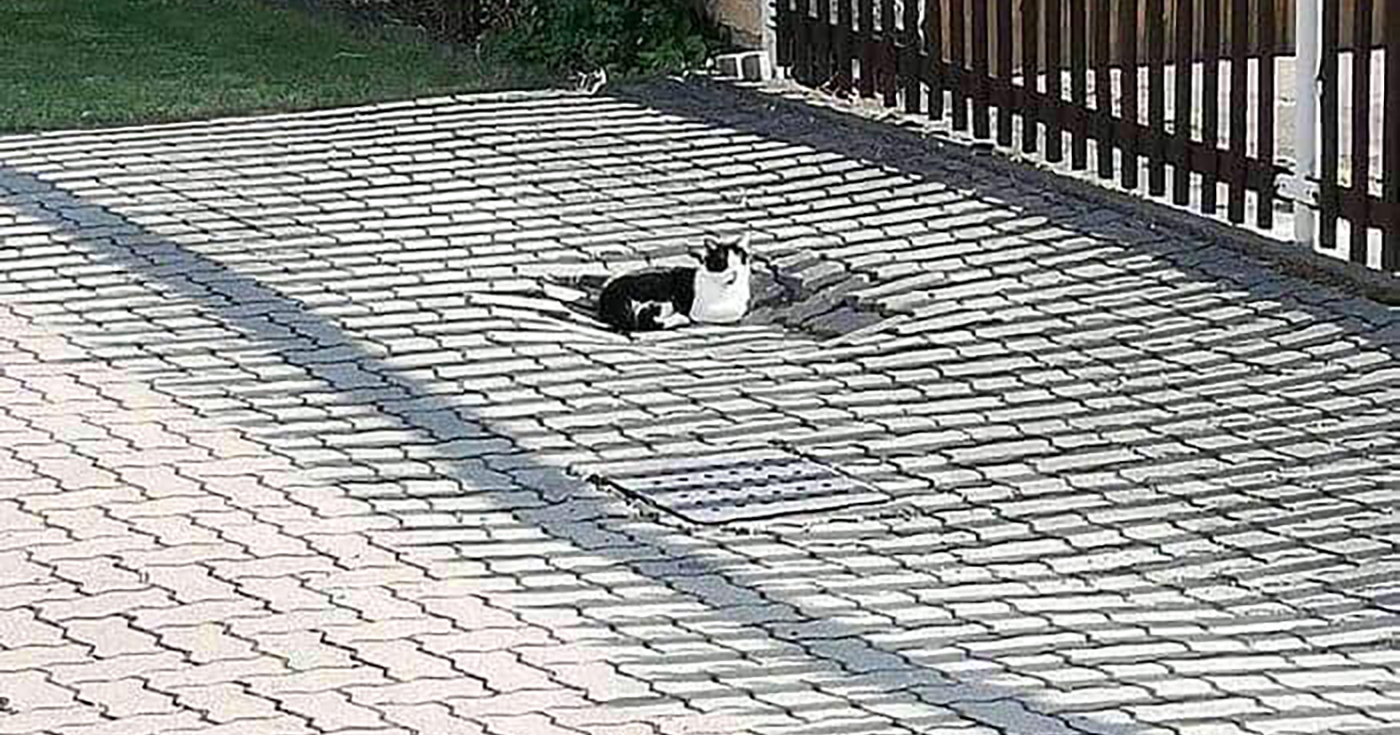 Sacramento, CA — A Sacramento cat has miraculously survived a fall from the 24th Floor of the Sutter Valley Apartments on J Street, the SPCA is reporting. As his owner, Denise Caldera affectionately calls him, Chubby had made his way out onto the patio of her apartment and slipped off the railing.

“Chubby has always been a risk-taker,” said Ms. Caldera speaking with KCRA news, who received exclusive footage of the daredevil cat moments after impact. “So I thought nothing of him jumping up on the wood railing. But something spooked him, and over he went.”

“I had just brought home some Jim Boys tacos for lunch when I heard Denise scream,” remembered neighbor Kevin Klauss. “She is usually quiet as a mouse.”

It’s unclear what scared the 28lb cat, but according to Ms. Caldera, she suspects it was a few blue jays who swooped in and started Chubby.

“I couldn’t move. But then I heard it. A huge thump. And that’s when I sat down on the couch and started crying. Then the police arrived and told me I had to see something.”

According to the Sacramento police, who later snapped a photo for their Facebook page, Chubby had indeed fallen over 24 stories but managed to land feet-down, making a large indentation in the apartment complex’s brick driveway.

“I have never seen anything like it,” said officer Hal Dons who was first on the scene. “The cat was lying there enjoying himself. You know, like that’s what he did every day. When I walked over to him, he just looked at me like, ‘what do you want?'”

Chubby had made a 6-inch indentation in the brickwork and, after extensive testing at the SPCA veterinary clinic, was released without issue. Both Ms. Caldera and Chubby are doing fine. However, the cat is not allowed out on the balcony anymore.