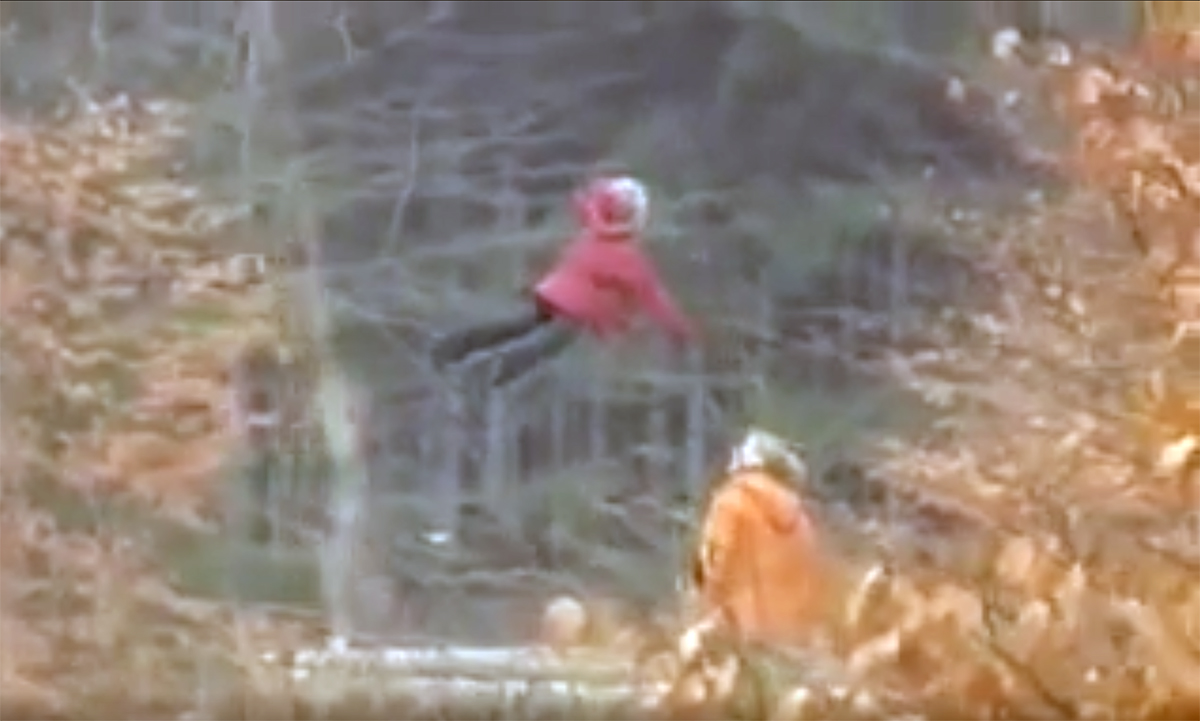 Sierra City, CA — The Broad Street Beacon has obtained an incredible video [below] that depicts what appears to be a supernatural event. In a mobile phone video supplied by James L. McKnight of Grass Valley, CA, what appears to be an average roadside “pee break” for Mr. McKnight’s dog Bullit turns into a paranormal event that he will never forget.

“I was on my way to see my sister in Truckee,” said Mr. McKnight after the occurrence, “when Bullit started getting all antsy and whiny. So I figured he had to take a leak. I wasn’t looking forward to getting out of the car because it had just snowed, and I wasn’t wearing my snow clothes.”

Mr. McKnight happened to take out his iPhone and was filming the beautiful scenery when “everything got weird,” according to him.

“Yeah, Bullit ran over to piss on some logs when he started freaking out,” continued Mr. McKnight. “And then he just ran off. I was like, ‘what the [redacted]?’ So I yelled at him to come back, but he ran off fast. So I started to chase after him, and that’s when I saw something I would never forget. Something I could hardly believe.”

According to Mr. McKnight, he saw the floating girl hovering about 12 feet in the air. Next to the girl was a man, her father, he assumed, holding his hands up in the air as if he was balancing the little girl in the place.

“I got so freaked out that I dropped my phone,” said Mr. McKnight. “When I picked up my phone, the girl was on the ground, and they were looking at me. So I yelled at them and started to run over, but they darted off and vanished. Like poof. No trace of them at all. It was pretty [redacted] scary. So I got in my car and drove off real fast.”