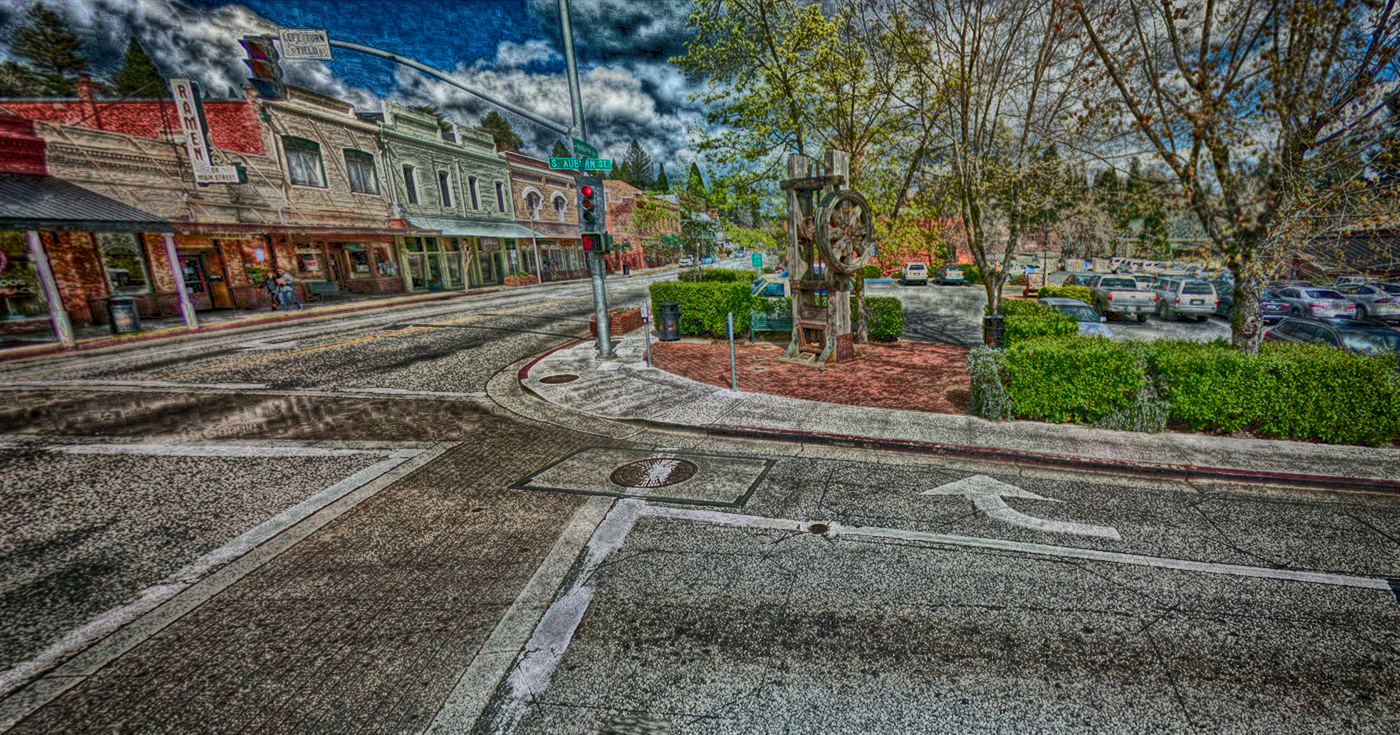 After about 30 minutes, according to the police report, the group grew aggressive with automobile traffic for some unknown reason.

“Oh, they know,” said Karen Davies of Grass Valley, speaking her mind. “The guys from North San Juan started telling everyone else that we were part of the problem too. Then they started yelling at cars. One white guy, who’s called himself Samayamantri Rama, got so mad that he took a crap right on the sidewalk for some reason. That’s when the people in the cars started shouting back.”

As things escalating, the Grass Valley police tried to calm the crowd politely.

“Well, we tried to do things gently,” said Officer Kenton Davies. “But believe it or not, it was the people from Nevada City causing the most trouble. The sergeant said to call in the Sheriff’s MRAP, but I had a better idea.”

It was at this point that Officer Davies backed his patrol car into the parking lot just behind the protesters, opened all the doors, and blasted popular modern country favorites.

As officer Davies rifled through “God Given,” San Hunt’s “Kinfolks,” and several other awful modern country disasters, the protesters first grew annoyed, then covered their ears, and within minutes had left the scene.

“It was a huge win for everyone,” continued Officer Davies. “No one got hurt, and I got to listen to a little country music. That’s what we call a win-win.”