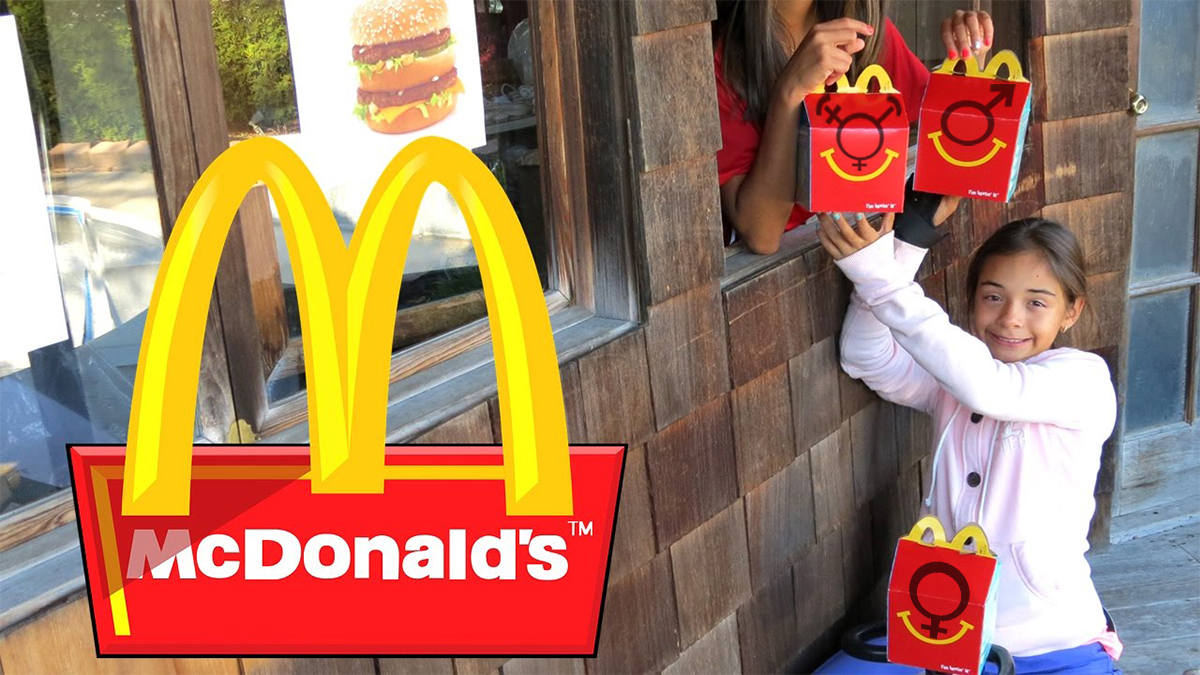 Rocklin, CA — A Rocklin, California McDonald’s has come under fire for inappropriately handing out the “Boys” version of their famous Happy Meal to a “transitioning” 5-year-old child. This is the latest in a string of transgender-related issues that have rocked the small bedroom community 20 miles north of Sacramento.

Earlier, a Rocklin-area charter school first grader was scolded and sent to the principal’s office for “misgendering” another little boy who was apparently in the process of “transitioning.” Officials from the school insist that no disciplinary action was taken and that the incident was simply an accidental “pronoun mishap.”

However for McDonald’s, located just off Interstate 80, probably won’t escape the wrath of protesters. Later in the day, the Central Valley LGBTQ group Queers without Borders plans on protesting the fast-food restaurant, and is calling for a more massive boycott of the chain until it creates “gender-appropriate Happy Meals.”

“No one is free when others are oppressed,” said Nevada City resident Saihra Ramun speaking via her megaphone who traveled to the Rocklin McDonald’s to make her voice heard to a handful of frightened customers moving through the drive-thru. “It’s this kind of Happy Meal hate that is dividing the country. We demand that McDonald’s serve meals for children of all genders and orientations. And when do we want it? Now,” exclaimed Ms. Ramun at an elderly couple who were exiting the restaurant.

According to the city’s official website, “Rocklin is a preferred location to live, work, visit, and grow business because of its convenient location, high quality of life, excellent schools, abundant recreational opportunities, and the highest commitment to public safety.” For many years it was a quiet and straightforward train stop. However, recently, the city has swelled with historic numbers of mostly moderately conservative white people looking for an ordinary life filled with Target shopping centers and Chick fil restaurants.

The recent transgender altercations with children have startled the usually quiet community of 64,000.

“We moved here from the Bay Area to get away from things like this,” said Intel data analyst Bret Farmer speaking of the recent controversy. “Rocklin is a nice place to raise your kids. We do not want any big city trouble here. We’re just happy to have excellent schools and plentiful shopping. So these liberal teachers and protesters need to go back to Nevada County or where ever they came from. They’re not welcome here, and they best not change the Happy Meal.”

The fast-food giant has not responded to the allegations, nor has made any attempt to reach the press to confirm or deny them. 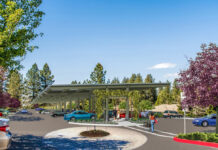