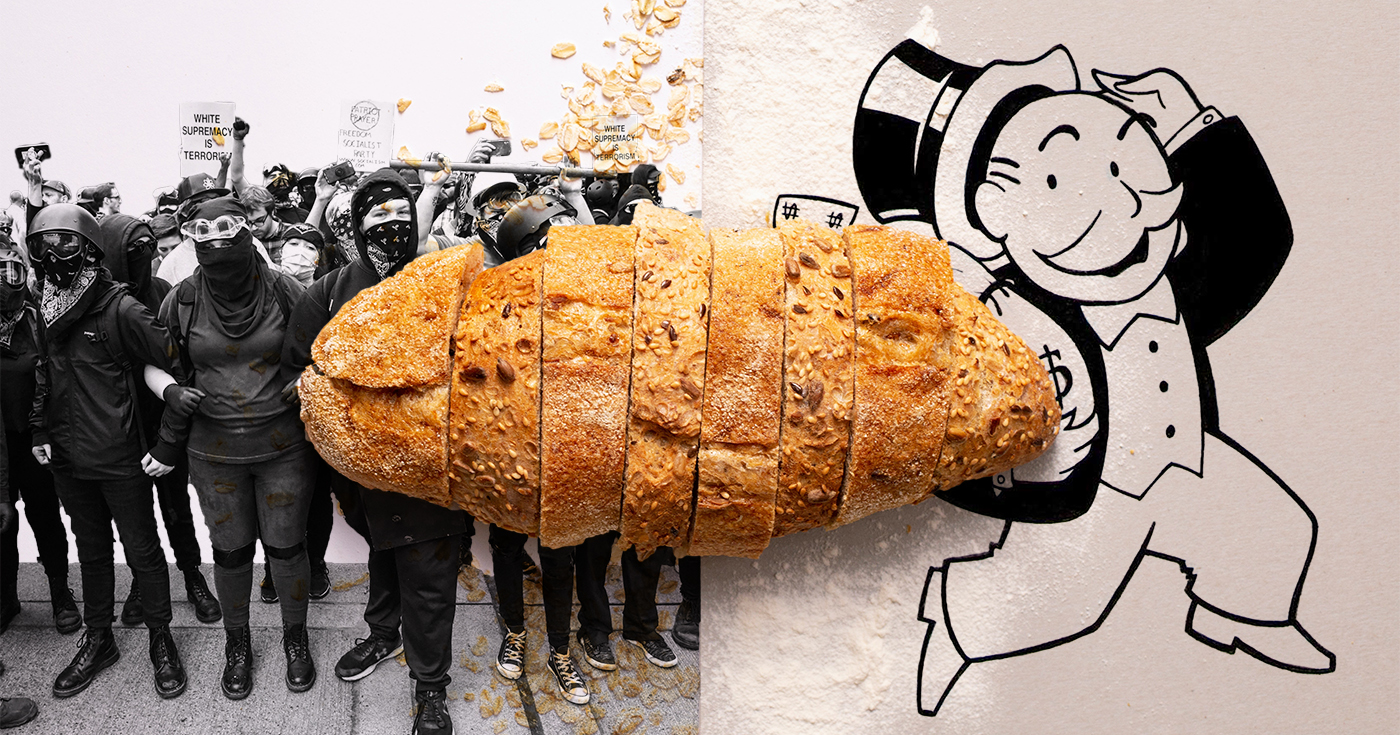 On June 2nd, Grass Valley’s 150-year-old The Union newspaper published an incendiary piece on the controversial topic of “revolutionary bread-making.” Throughout the 5000-word baking treatise, its author quotes a variety of controversial figures who promoted “breadmaking as an act of defiance,” including Karl Marx, Noam Chomsky, and Julia Child.

The article caught the attention of the five-member strong Nevada County Anti-fascists or NC-AFA, who seized on the article’s counter-cultural vibe.

In one of several posts, which have since gathered attention from local leaders, law enforcement, and frequent Tess’ Kitchen Store shoppers, raised the specter of “local action” in defiance of “large hegemonic baking forces.”

“We know that the revolution is here in Nevada County,” said an NC-AFA representative who goes by the name of MillStreetJayWalker. “And it begins by rejecting the shackles of corporate breadmaking. As you can see by this Union article, the workers are united against the bourgeoisie Big Flour. We start with baking and always, Ranch Dressing. Then we move onto a living wage.”

When asked if looting and rioting were on the agenda, MillStreetJayWalker grew serious.

“Those are rumors spread by reactionaries in this county. You’ve seen the Facebook posts, right? Saying that we’re ‘coming to loot our businesses.’ Well, consider the source: quacks and privileged capitalists who pay their employee’s poverty wages.”

“I have been briefed by our local police, and I was warned that people from out of town could be coming to loot Nevada City and Grass Valley tonight,” claimed Ms. Senum in several, mostly incoherent Facebook rants. “We need to block Highway 49 with huge logs and goats. Well, small goats and huge logs.”

The police have denied saying this or even speaking to Ms. Senum.

One commenter asked Senum about other ingress paths such has Dog Bar Road, Yuba County, and simply “backpacking in.”

“We’ll take care of [Dog Bar] those later,” responded Senum.  “The mountain lions and bears will take of the backpackers. As far as Highway 49 from Yuba County, they won’t make it past the Brass Rail.”