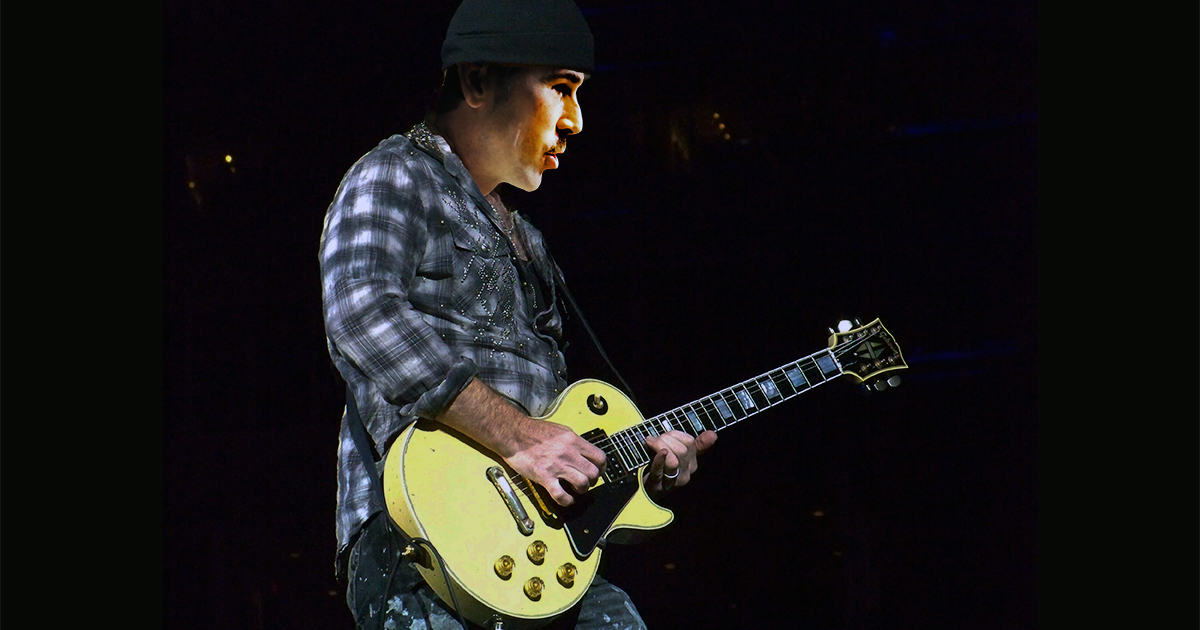 Sacramento, CA — Up until a few weeks ago, Sacramento-area comedian Keith Lowell Jensen was known for his hilariously ironic knock-knock jokes and the only entertainer who doesn’t smoke weed yet regularly performs at many pro-cannabis events. However, late last week, the conspiracy-laden website 4Chan started circulating rumors that the funnyman was guitarist The Edge from the famed Irish rock band U2.

4chan is best known for its online hacking polls so that they choose who or what wins. For example, Time Magazine had an online survey of who would be Man of the Year. 4chan hacked the poll so that the winner was the dictator of North Korea, King Jong Un, by a landslide victory, which later would be proven both prophetic and true.

In 4Chan’s famous paranormal forum, ‘x,’ members started sharing what they claim are secret memos from U2 Headquarters in Dublin, Ireland. In the documents, lead singer Bono claims that The Edge died in a bizarre gardening accident in 2002 while playing at the Arco Arena in Sacramento, California. In a panic, the band hired Keith Lowell Jensen, who had a backstage pass for the two-night show.

The band was pleasantly surprised that Jensen could play the guitar and out-sing Bono, which caused tensions in the group. However, after several tour dates under their belt, Bono began to see Jensen’s dual guitar and vocal talent as an asset. Nevertheless, according to the memo, U2 Drummer Larry Mullen was skeptical about bringing an American into the band. At one point, he referred to him as “a wanker.”

U2 fans in Sacramento and abroad say they are not surprised, nor do they care if Jensen is the Edge. More than one of the band’s followers doesn’t care because they need to sound like U2. But there are other reasons as well.

“I always wondered why Keith looked so harried at times,” said Sacramento comedy aficionado Kent Black. “But honestly, I couldn’t tell the difference between Keith and The Edge. I mean, he smells just like him. Not sure if they taste the same, but I’ll check next time I see Keith.”

Sources close to Keith Lowell Jensen adamantly deny that he is the Edge, claiming that he has a terrible Irish accent and would never be happy with a single syllable, two-word name.

The Broad Street Beacon expects Keith Lowell Jensen to sue “to up his name recognition.”