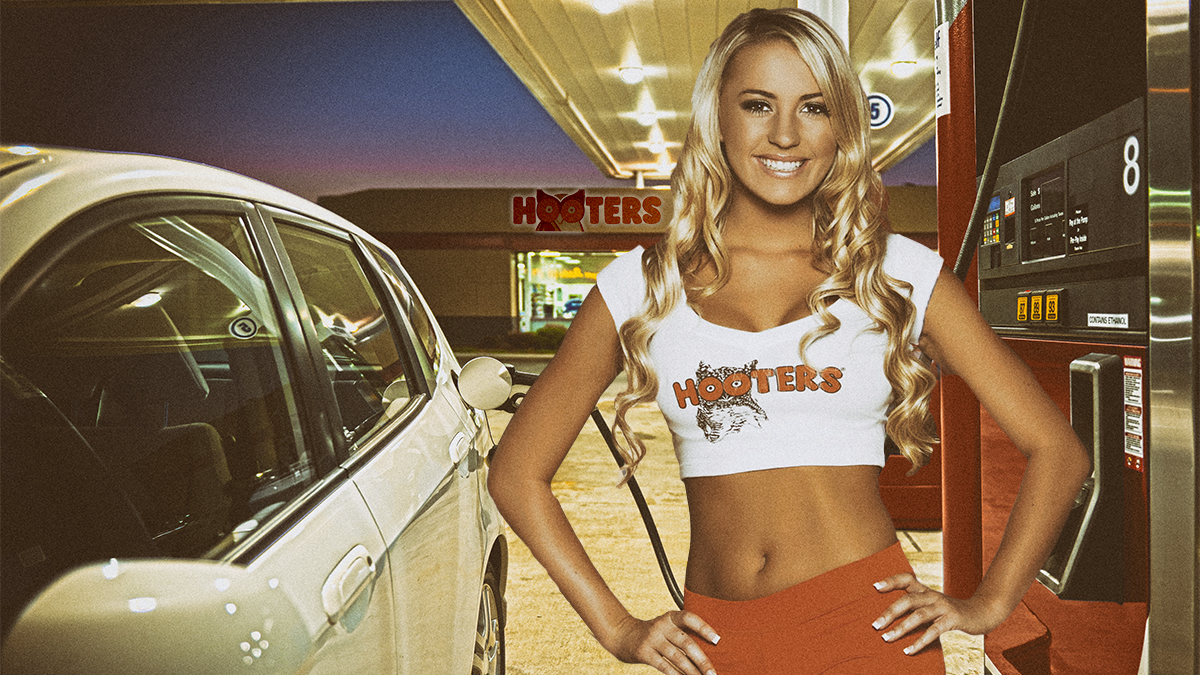 Roseville, CA — The controversial restaurant known for sex discrimination lawsuits and scantily clad women workers, Hooters announced today that they are opening over 50 gas stations across the country. The first one will be located in Roseville, CA near the Costco.

“This is a great time for our company,” said company spokesperson Bethany Millbright. “We are bringing that unique Hooters experience to a filling station near you. You can expect the same high-quality stimulating good time each and every time you fill it up, tap your fluids and test your pressures.”

Ms. Millbright says all stations will be full-service and customers will have an opportunity to sample chicken wings and fried cheese sticks at each location.

“You’ll never have to get out of your car,” continued Ms. Millbright,”we’ll fill you to the brim with everything you’d expect from Hooters. And after 10pm, the wings get extra spicy, if you know what I mean.”

Not everyone is happy about Roseville’s latest business. Local activist and self-described ‘Target-o-holic’ shopper Misty Smith had a few less-than-kind words for the Hooter’s latest enterprise.

“This is the kind of stuff they’d let fly up in Nevada County,” said an irate Ms. Smith outside her tidy and well-manicured Roseville tract home. “This used to be such a quiet, conservative community and now, this filth. Did you know you have to be 18 just to go there? Are they going to post signs warning parents? This is just disgusting.”

The station opens January 20 in time for the Super Bowl and is offering a free bucket of chicken wings with a fill-up with a coupon. Coupons are available at nearby Hooters restaurants.