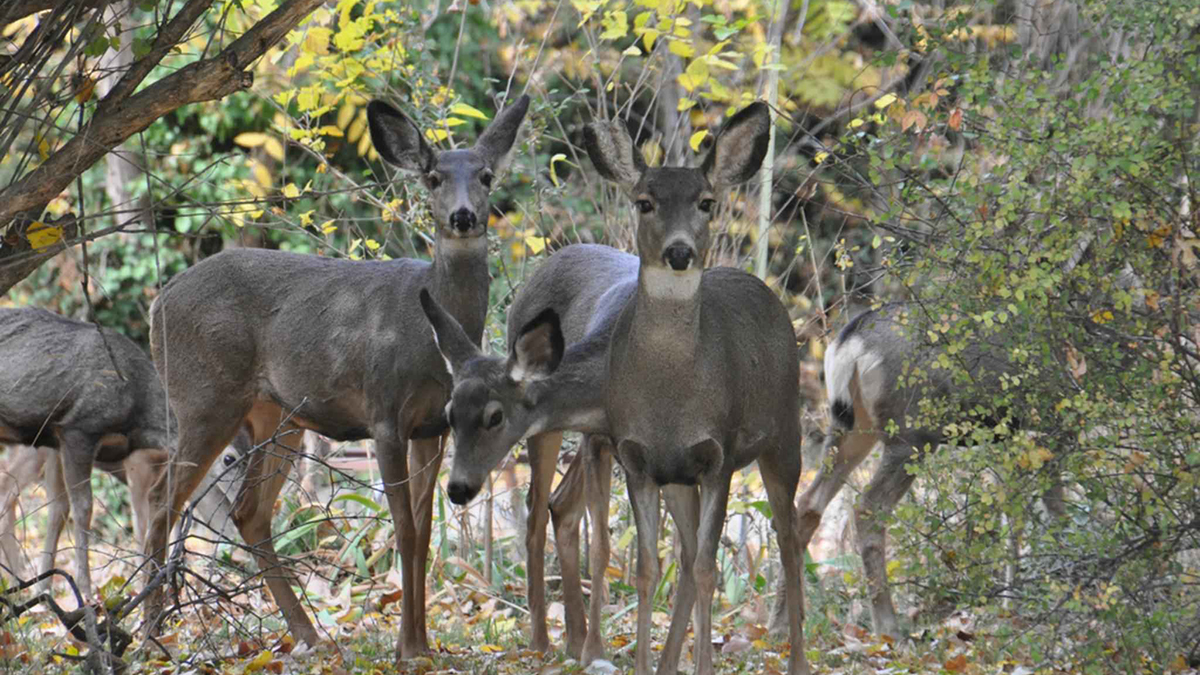 Nevada City, CA — Following a particularly deadly and destructive fire season in Northern California, the former Gold Rush town of Nevada City has decided to use deer herd to reduce the wildfire risk around the city’s perimeter. According to a memo released by city hall earlier this week, the plan calls for as many as 100-150 deer to eat as much of the combustible fuels, including scotch broom, blackberry shrubs, and empty butane cans.

However, some have questioned the city’s wisdom in the matter, as most of the deer-eating activity coincided with hunting season. More recently, mayhem broke out just past the city limits on Highway 49 when a group of hunters opened fire on 40 deer grazing near Newtown Road.

“I was just enjoying my steak when I heard all this shooting outside,” said longtime Nevada City resident Toby “Doob” Carnevale, who was enjoying a free meal with a friend at the famous Willo Steakhouse. “We all ran out, and it was chaos. Deer were running everywhere. Across 49. Over people’s cars. And I’ll be damned if one didn’t run into the restaurant. There were all these hunter fellas shooting up a storm.”

The Police Report Is Even Stranger

“We just thought it was perfect,” said Gridley resident and longtime hunter Beston Hanks. “So I called up my buddies, loaded up on ammo, and headed up the hill. I’m just angry that we didn’t get a single deer.”

Despite hundreds of ammunition rounds, the 12 well-armed hunters didn’t manage to hit a single deer. The only place their bullets landed where several cars parked at the Willo.

“Oh yeah, they hit my Prius,” continued Mr. Carnevale. When everyone ran out to see what the ruckus was about, that’s when a bullet hit my back window. Hank [Doob’s handyman friend Hank Snow] was yelling at me to get down. But I survived ‘Nam. I can survive a bunch of idiot pee-shooters from Yuba City.”

The police arrived on the scene quickly after several customers called 911. However, it took animal control over 1 hour to remove the 3 point buck from the Willo, who had made himself comfortable over in the band area, chomping on several patron’s spilled salads.

“Well, I’m sure sorry for all the trouble we caused,” said a somewhat somber Mr. Beston, who was scratching his head. “I’m sure grateful they didn’t throw us in jail. I mean, we got cited, but that’s the least of our troubles with all the bullets holes out there. Next year, we’re going to Oregon.”