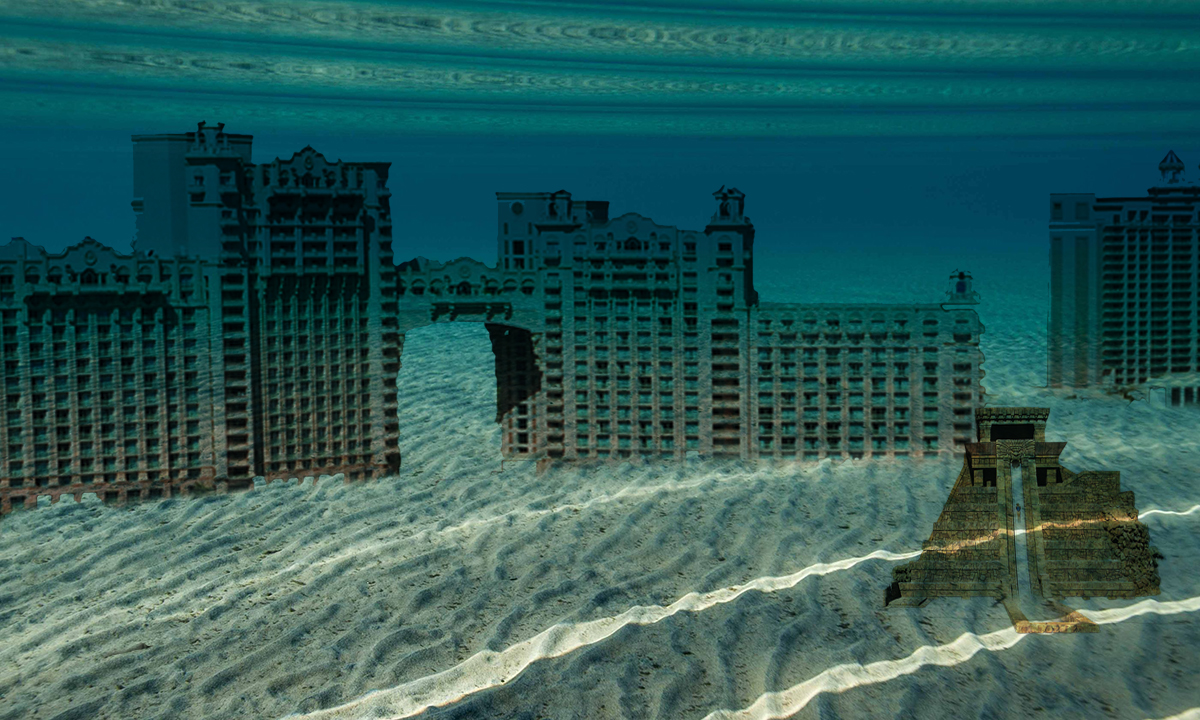 South Lake Tahoe, CA — In an astonishing announcement that has thrown the anthropology community into turmoil, a group of archaeologists from Brigham Young and Southern Methodist University have discovered what appears to be the ancient lost city of Atlantis at the bottom of Lake Tahoe. The announcement, which was made earlier this week, was a part of a 4-month underwater study that even surprised the team leaders.

“You have to understand the kind of environment that we’ve been operating in,” said lead SMU anthropologist and group representative Henry “Hank” Starnes, Ph.D. on the archaeological team that made the discovery. “There were all kinds of rumors about ruins at the bottom of Lake Tahoe. Most of the  anthropology community dismissed these kinds of things as conspiracy thinking, but the SMU and BYU team takes these kinds of claims seriously.”

The joint university team was called upon the deep-diving mission after their successful Biblical “dig” in Nevada City, CA. Because of their successes in excavating what they believe is Noah’s Ark in the quaint former Gold Rush town in the Sierra Nevada foothills, they were assigned this challenging task of exploring the bottom of one of North America’s largest freshwater lakes.

They received funding from wealthy anonymous donors and the Nevada Gaming Commission, or NGC.

The Details of the Discovery

The discovery, which seems to resemble a sizeable ancient palace, is massive in size and a perfectly preserved condition. This archaeological team speculated that the structure was built with “extra-human” help. The “ruins” appear to be just over the Nevada State border. 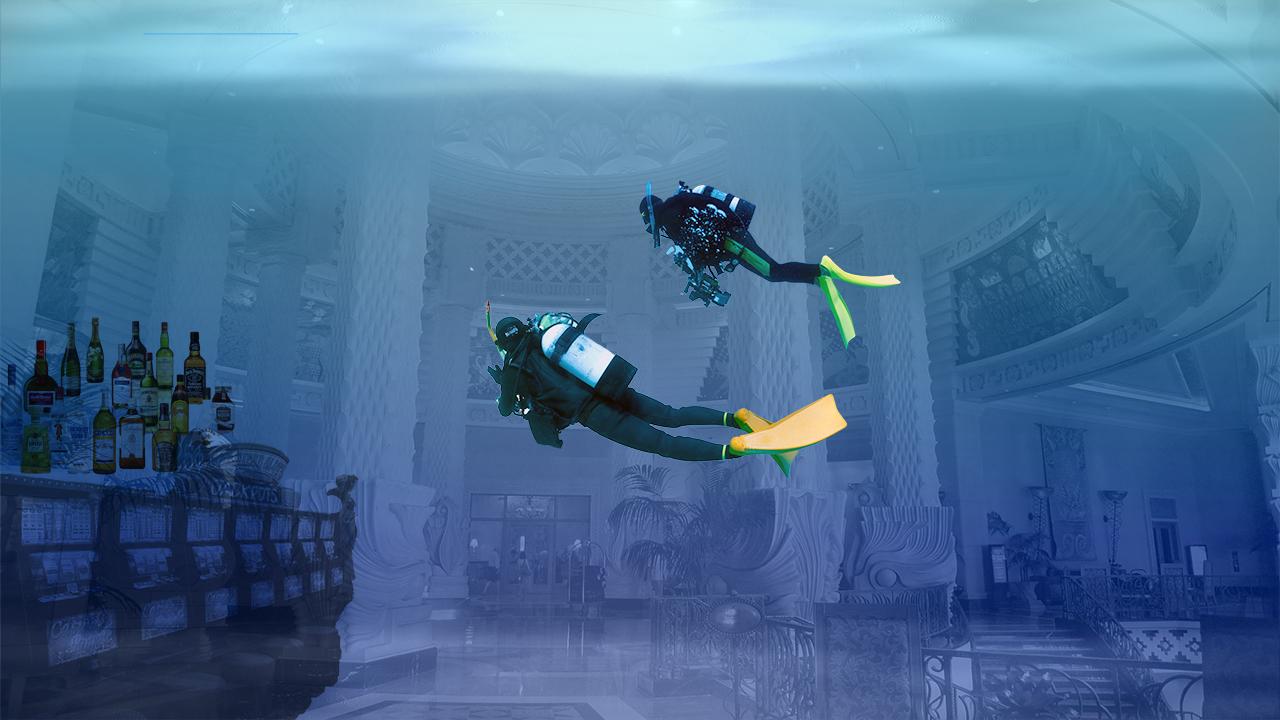 “One of our divers, graduate student Aethan Caramon, actually made it into what appears to be the ‘lobby’ of this super-structure,” continued Dr. Starnes. “Some of the pictures he brought back are puzzling.  There are bottles of rum and other liquor and what appears to be slot machines. There are also hundreds of unopened cartons of Pall Mall cigarettes. I know it’s hard to believe, but the ruins are in almost perfect condition. Almost like it was staged.”

According to the largest expedition sponsor, the Nevada Gaming Commission, they are thrilled with the team’s findings.

“We couldn’t be more excited to find such a viable attraction at the bottom of Lake Tahoe,” exclaimed current NGC Chairman A.G. Burnett, who was appointed to the role by Governor Sandoval in 2012. “We think this is a real growth opportunity for the area which leverages the unique tourist attraction of Lake Tahoe. It’s a real competitive, and of course, archaeologically significant discovery which will help differentiate Nevada from our Indian gaming competitors in California and elsewhere.”

When asked if the archaeological team were being used by significant gambling interests to promote what might be a new destination, Professor Starnes bristled.

“We take out work very seriously,” said a terse Dr. Starnes furrowing his brow on the shores of South Lake Tahoe. “The suggestion that our expedition patrons are using us in this fashion is patently false. I urge you and your readers to disregard such conspiracy thinking. We’ve made what amounts to one of the biggest discoveries of the 21st Century. Let’s enjoy this moment without tearing it apart with agenda-driven hearsay. OK?”