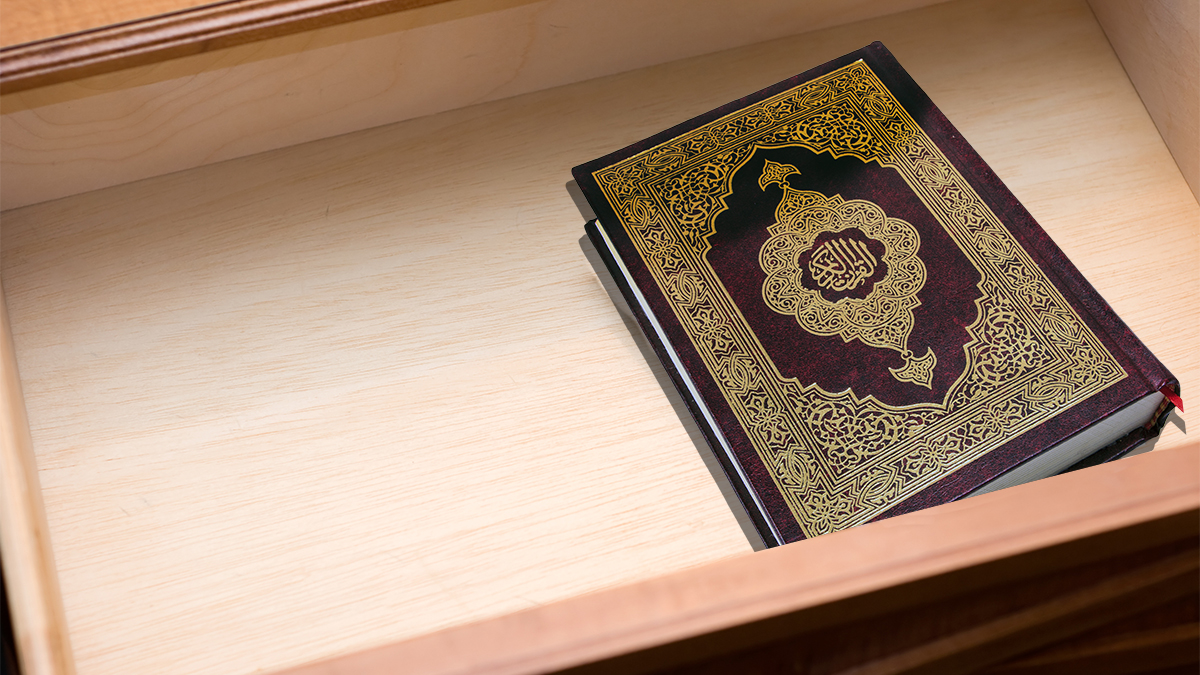 Nevada County, CA — Several area hotels found themselves in the middle of an international crisis this week when it was discovered that Gideon’s International, a Christian evangelical group famous for distributing Bibles to hospitals, medical offices, schools and colleges as well as jails and prisons, started including the Islamic Holy Book the Quran in hotel bedside drawers. Although known primarily for distributing Christian Bibles, Gideon’s started a pilot project late last year as a part of its “Hold Hands Across Faith” initiative which sought to bring harmony across the Abrahamic religions.

“We started this initiative 10 years ago,” said Gideon spokesperson Bethany Millbright speaking from Gideon headquarters in Nashville, Tennessee. ” Dan [Dan Heighway, Gideon International Executive Director] has this idea that as Christians, we need to reach across our differences and try to build bridges to peace. We had several ideas, but finally we settled on placing the Bible and Qurans together. We weren’t expecting a backlash like we’ve received.”

Nevada County hotels and motels were the target of Gideon’s pilot project. For the first couple of weeks, everything seemed to be going well presumably because, according to Ms. Millbright, most people don’t even open the bedside table drawers for fear of seeing a Bible. But word spread quickly after visitors and locals alike discovered the Qurans.

“I can’t believe this,” said retired Los Angles administrator and recent transplant Dana Andersen. “You have to be kidding. No we do not need their religious books forced on us, or to see their strange covered up dress for women on our streets. As a citizen I thought this must surely be a joke when I say it. First they move and take over our small grocery stores, now this. I moved from an area with more diversity to get away from it. No, it is not our future. If I see one, I’m going to burn it.”

For their part, Gideon International is taking all the criticism in stride and deciding on its next move.

“We plan on moving forward with more Quran deployments, as we call it,” continued Ms. Millbright, “but we’re going to be more conservative with our next roll-out in Berkeley, just in case.”