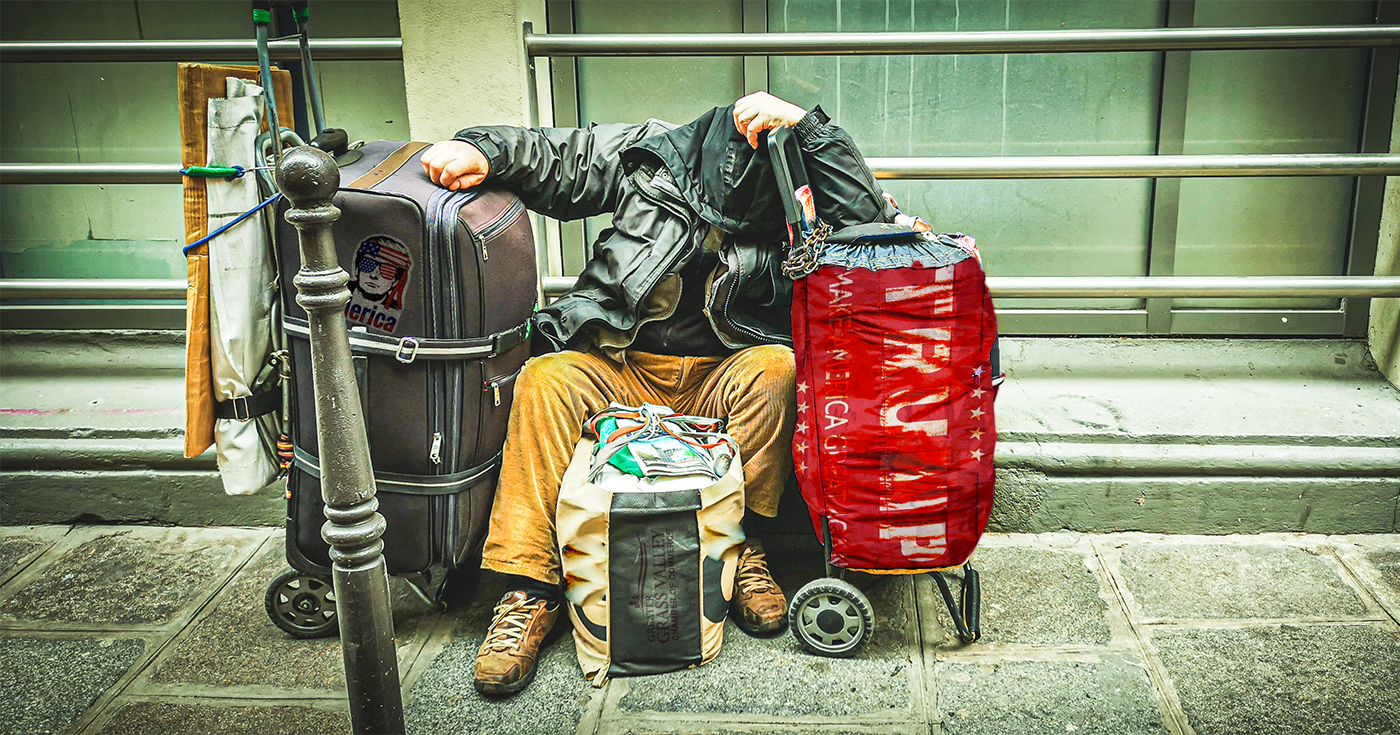 Nevada County, CA — After an exhaustive investigation by Federal law enforcement and tipoffs from local informants, the United States Department of Justice arrested a sizable chunk of Nevada County’s homeless population for their involvement in the January 6th Capitol Building insurrection.

“Based on several reliable reports that many in the foothills homeless population planned and participated in the January 6th insurrection attempts,” said FBI special field agent for Northern California Cadence Shrimp. “This is what citizen policing is all about, and we’d like to thank the people of Nevada County for their diligence in bringing these troublemakers to justice.”

According to officer Shrimp, tips began pouring in following several questionable and equivocal reports linking area homeless to arson, car theft, shoplifting, vandalism, tax evasion, and of course, the January 6th insurrection. At first, the San Francisco FBI field office thought it was a poor joke, but they decided to take action after looking into it before someone gets injured or killed.

“Look, we all make mistakes, and here at the FBI, we’re sensitive to that kind of stuff in the social media age,” continued Officer Shrimp. “But look, when you add up all this evidence of homeless wrong-doing, it’s clear that they not only participated in the January 6th insurrection, they were instrumental in the planning and execution of it.

The FBI rounded up and detained upwards of 42 homeless for questioning, with an unspecified amount transported to several unnamed detention centers deemed “high risk for further crime.”

Many in the community are both happy and proud of their involvement in the FBI investigation.

“I’ve never liked the homeless in our community,” retired PG&E lineman Harold Barrel ironically said, speaking out in front of Safeway late yesterday afternoon. “Everyone knows these people are starting fires that are killing people every year. When my old company does it, it’s an accident, OK? That’s just life. When a homeless person does it, it’s murder, and they need to be held accountable. All of them do. I mean, don’t they all benefit from campfires?”

Other FBI jurisdictions around the country are now looking at following Nevada County’s lead with several expanding their arrests to include single mothers on public assistance and people who say “how about this heat” in the middle of summer.