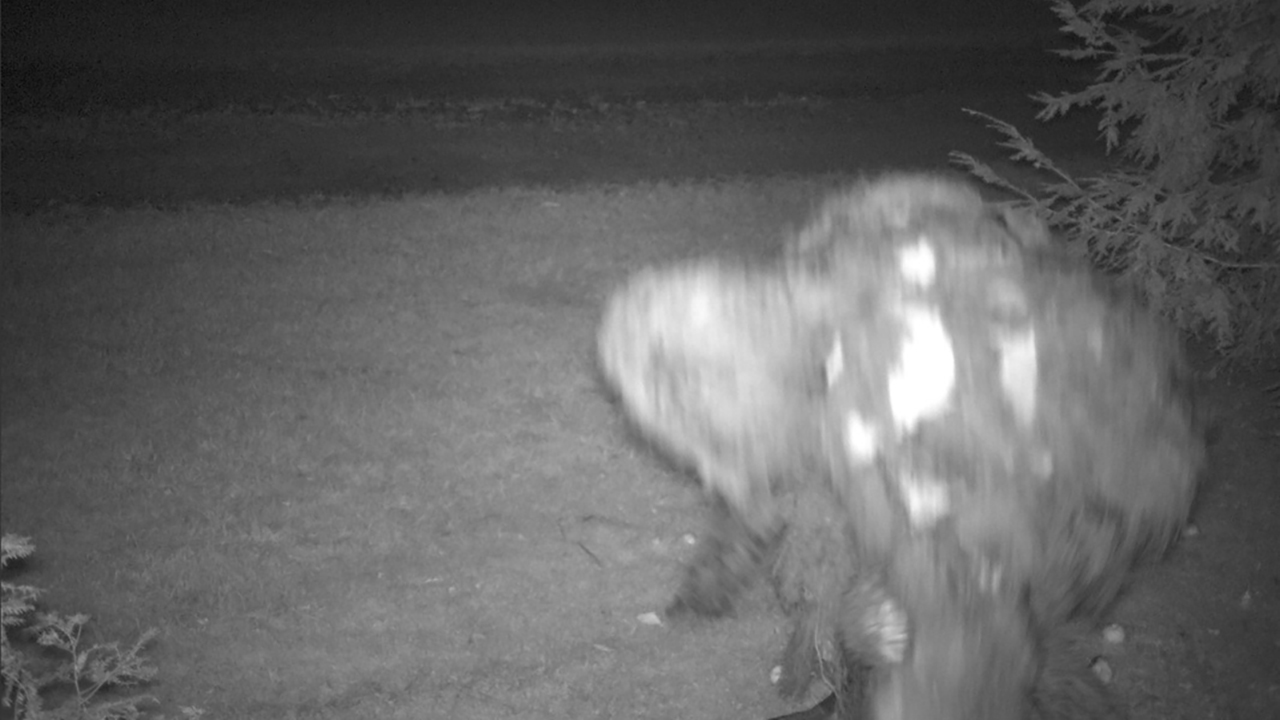 Alta Sierra, CA — After years of researching Bigfoot sightings in and around his Alta Sierra neighborhood, amateur cryptozoologist Keith Bradenshauer discovered that the target of his work, was just a plain-old werewolf.

Late last week, Mr. Bradenshauer thought he had hit paydirt when he spotted an unusual creature on one of his 27 ‘critter cams’ located around Alta Sierra. Keith made news a few years back when he thought he detected a Bigfoot near his home. After that experience, Nevada County’s best-known cryptozoologist invested over $12,000 in alternative detection equipment. Since then, Mr. Bradenshauer has spotted nothing at all, that is until last Thursday.

“Well, I’d be lying if I said I wasn’t disappointed,” said Mr. Bradenshauer speaking from his Norlene Drive home. “I spent the better half of the last five years searching for Bigfoot only to find that it was a werewolf all this time. And here’s the thing. I have no interest in them, so I have to find a new hobby.”

According to his wife, Keith loves all kinds of cryptozoology phenomena and alien abduction conspiracies. He’s been known to watch every single show on the SciFi channel, and he has a filing cabinet in the upstairs office crammed full of newspaper clipping and photographs. However, this recent revelation has put him in “quite a funk.”

“He watches all those shows on secret animals and monsters, ” said Darcie Bradenshauer. “He’s got several theories on ancient civilizations as well. But his passion is Bigfoot. Now that it’s a werewolf, he’s been moping around the house all day. I feel for him.”

Mr. Bradenshauer says he’s not sure what he’s going to do now, but he told the Beacon that “someone else can take up the werewolf hunt. I’m not interested.”