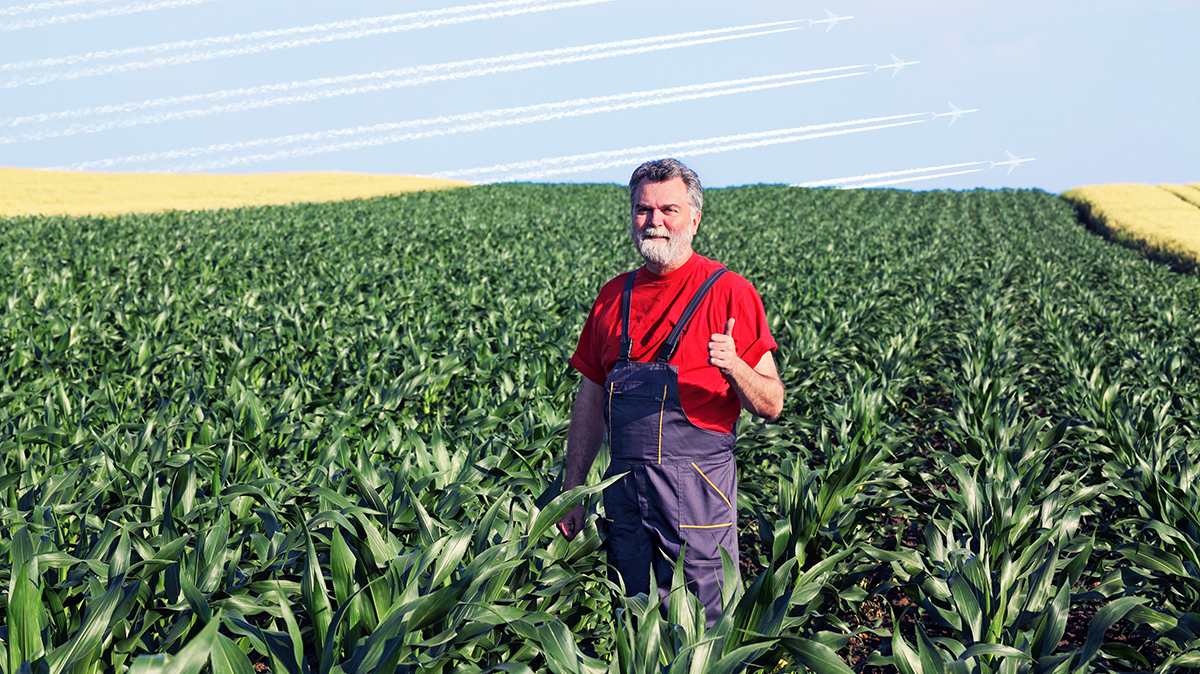 Earlier this week via her bullhorn, Ms. Ramun announced in front of the New York Hotel on Broad Street to locals and frightened tourists that she was finally going to document what she is now calling “They Called Me A Dumbass.” According to her producer and spokesperson, Debra Collinfelder, the film captures Ms. Ramun’s harrowing travels across the sunflower state.

“Well, I have to be honest with you,” said area soybean farmer Davis Lipton speaking via telephone, “I kinda made up parts of my account. I reckon it was the money, but to be honest, it wasn’t that much. I was told I would be in the paper, and on account that I’ve never been in print like that, I thought it would be a once in a lifetime thing, you know?”

According to Mr. Lipton, who was quoted in the earlier Beacon article regarding Ms. Ramun’s documentary, said that he had warned her about traveling through a boggy cornfield. And that, the farmer who owned it didn’t take lightly to trespassers.

“I made the whole thing up,” continued Mr. Lipton. “There are no corn farmers in St. George named Bill Jones. Heck, all we grow out here is soybeans. None of us have heard about this Miss Saihra lady. In fact, the only person I spoke to was this producer lady. Debbie…something. I can’t remember. Anyhow, she was the one who offered me the money to make up the story. I can’t tell you why they wanted me to do it. I mean, the thing was kinda fishy if you ask me.”

Mr. Lipton did not disclose the amount of money he was paid to conjure up a fake news story, but he did mention that if anyone came asking about it, that he should say, “George Soros was behind it all.”

“I don’t know who that is, but that Debbie person said if I mention that Soros feller, it would scare any snooping reporters.”

Back in Nevada City, childhood friend and area lawyer Katherine Lucy-Elizabeth Tatum-Stonehousefelder said she knew nothing about the details of the concocted fake news story. Still, she stood by her friend’s account of her journey across America’s heartland.

“This is pretty typical for Saihra, said Ms. Tatum-Stonehousefelder from her attorney’s office near the courthouse. “People are always trying to dig up dirt on her. I mean, there are all kinds of rumors out there, like, she as able to garner upwards of $30,000 to film her trip, but she forgot her camera at home. Leaving her no choice but to make a cartoon about her trip at a later date. Stuff like that. But I believe her and stand by her.”

Other locals aren’t as understanding and are demanding answers.

“Look, this is another example of her making up stuff,” said Nevada City resident Stacy Grant. “I mean, she’s covering her tracks here. I doubt she ever went to Kansas. She probably was in Key West or something working at a bar when she disappeared all those years ago. What she should do is return the money she took from us and others to make this fake documentary, and let the town begin to heal.”