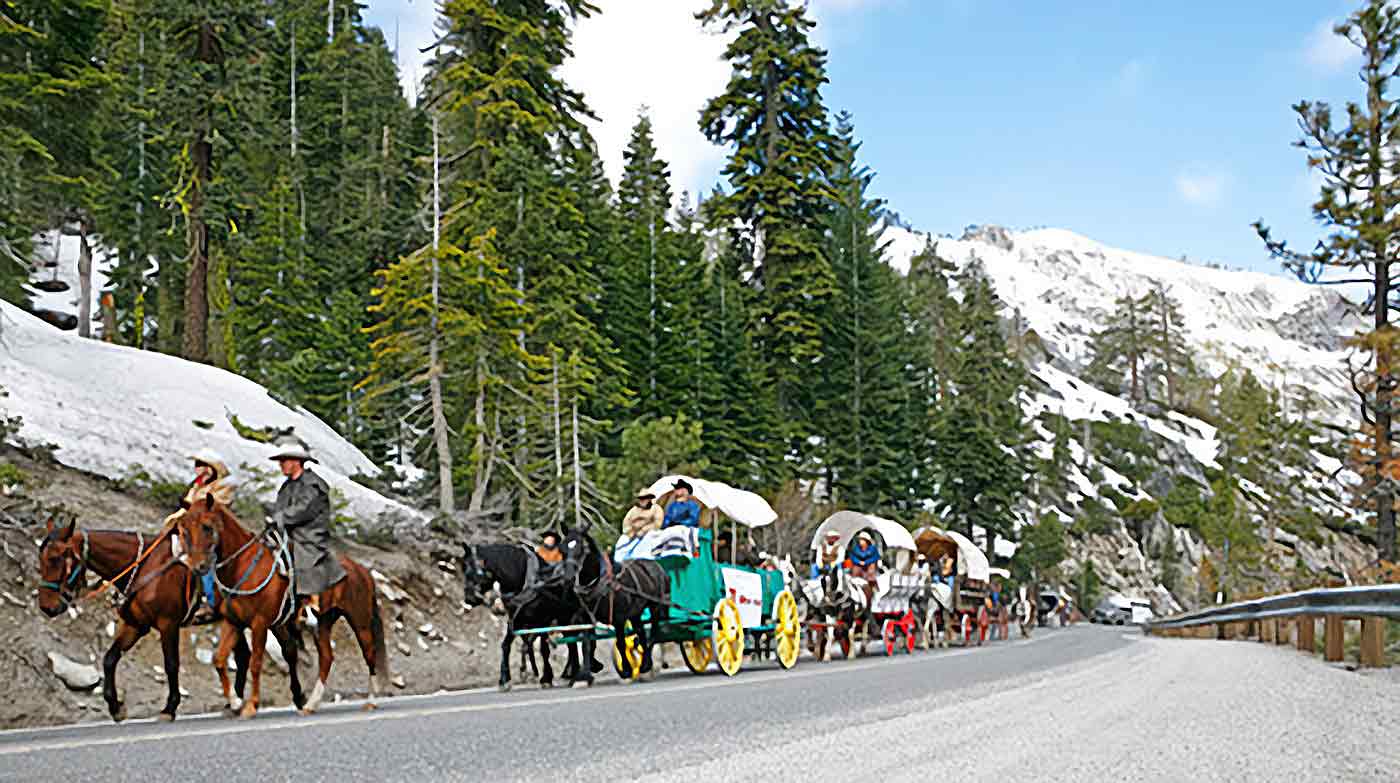 Mountain View, CA — A new 2-year study conducted by the Rundex Family Foundation and underwritten by the James Webb Telephonic Association found that the ill-fated Donner Party would have all survived if they had just traveled up Interstate 80 and over Donner Summit.

“You think they would have moved towards Donner Summit,” said Rundex lead researcher Robert Colvin from his Mountain View, CA home office. “I mean, it would be hard to miss a place named after you,” he chuckled.

The Donner Party was a group of American pioneers who migrated to California in a wagon train from the Midwest. Delayed by many mishaps, they spent the winter of 1846–1847 snowbound in the Sierra Nevada mountain range. Some migrants resorted to cannibalism to survive, eating the bodies of those who had succumbed to starvation, sickness, and extreme cold. At the time, the Interstate freeway system didn’t exist.

“It would have been slow-going since they didn’t have all-wheel drive vehicles, but it would have been much simpler than trying to lift their wagons manually up and over the pass,” continued Colvin. “But live and learn, I guess. In their case, it was eaten and learn.”