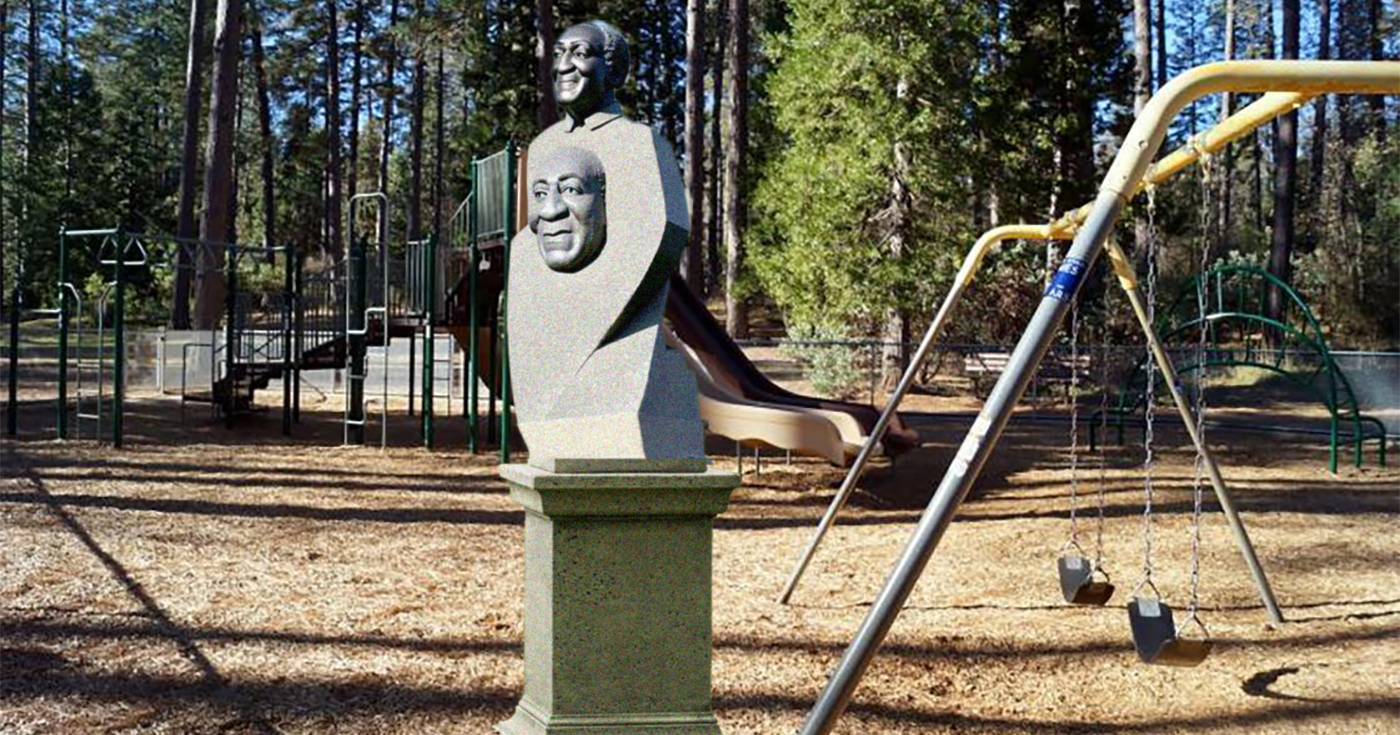 Grass Valley, CA — Residents of Grass Valley, CA, were left scratching their heads this week when a new statue of comedian Bill Cosby was unveiled in the children’s playground at Condon Park. The life-sized granite statue depicts two of Cosby’s heads jammed into an awkward granite slab overlooking a swingset.

Many locals were confused by the unusual portrayal of the once-beloved comedian, with some speculating that it was meant to be a commentary on the numerous sexual assault allegations that have plagued Cosby in recent years.

Others were more straightforward in their criticisms of the statue. “It’s just tasteless,” said local business owner Jack Davis. “I don’t see how this is supposed to honor anyone, let alone someone like Bill Cosby. And what kind of message is it sending to have it in a place where kids play?”

But despite the confusion and outrage, the artist behind the statue, a local sarcastic redfish who wishes to remain anonymous, insists that it was meant to be a postmodern take on the traditional portrait statue.

“I wanted to challenge people’s expectations and make them think about what it means to honor someone in a public space,” the redfish said in a statement. “I hope this statue will encourage people to consider the complexities of fame and celebrity in our society.”

As for the residents of Grass Valley, it seems that the jury is still out on whether the postmodern Bill Cosby statue is a stroke of genius or a complete misfire. Only time will tell how the town will ultimately come to view this peculiar addition to their public art collection and how it will be received by the children playing at Condon Park.