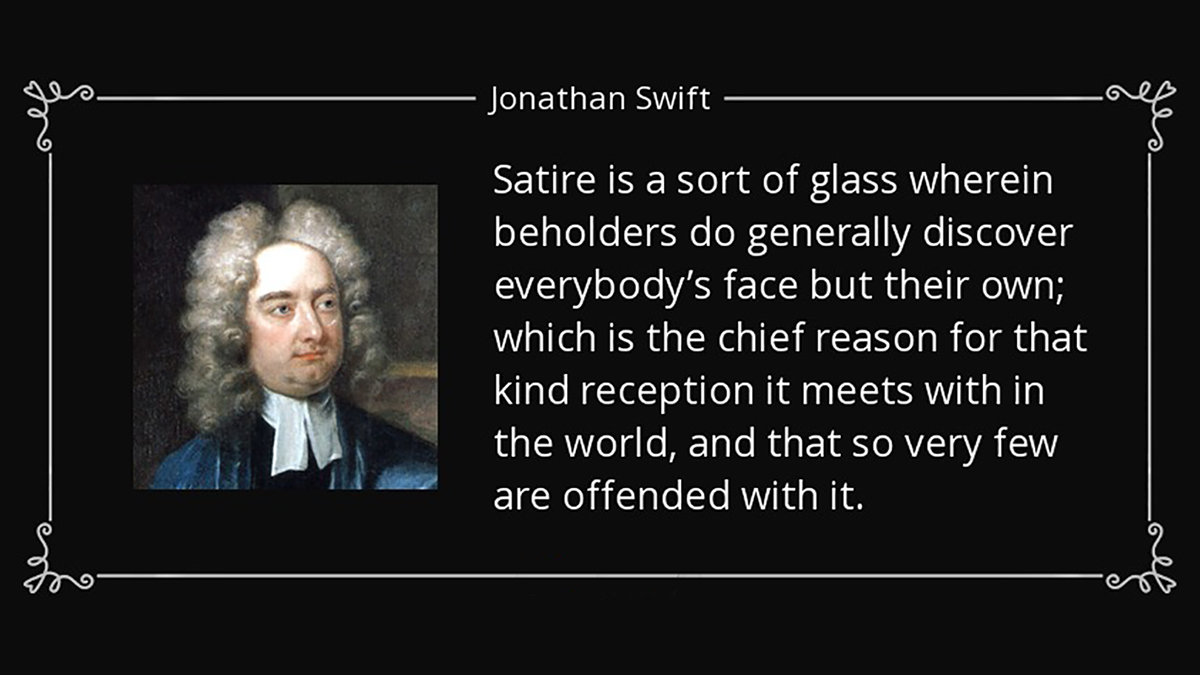 Grass Valley, CA — Grass Valley’s Sierra Community College is offering what some would say is an essential course next semester called “Satire in the Modern Age: How to Understand It and Not Look Like an Idiot.” The course takes students through satire’s long history, starting with the Greeks and ending at Fox News’ Tucker Carlson Show.

Several important satire-related topics are listed in the course syllabus:

A recent study by the Palo Alto, CA-based Rundex Family Foundation found that 96% of Democrats think Jon Stewart’s Daily Show was satire designed to make Republicans look stupid. Interestingly, the same amount of Republicans thought the Daily Show was personally making fun of them. When asked to define satire, both groups said it was “supposed to be funny” and “made them feel comfortable about their political positions.”

“We plan on taking Nevada County folks on a long journey through topics that will undoubtedly make many uncomfortable for reasons they won’t understand,” said Professor Jack Goff in an exclusive Beacon interview. “Most everyone who attends won’t get it. In a recent survey, 94% of Americans couldn’t identify a noun in a sentence and thought a preposition was something you stick in your ass. So our expectations are set pretty low.”

According to Sierra College, the course is full, but they expect another session the following semester, that is, if the Professor doesn’t get his head cut off. The use of the passive voice will be featured heavily in the readings.