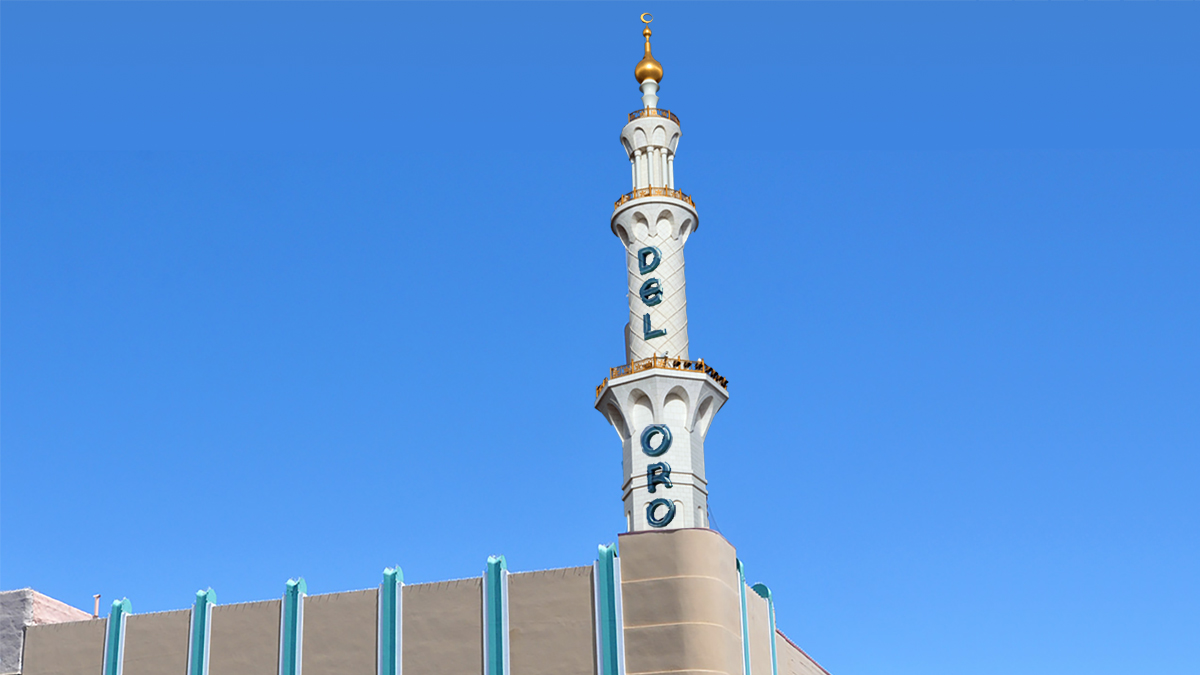 Grass Valley, CA — A group of influential and secretive Saudi investors announced this week that they plan to purchase the Del Oro Theater in Grass Valley, CA. As a part of the sale, the current iconic Del Oro Tower will be replaced with Islamic Minaret, which will serve as a Muslim call to prayer announcer, and a tourist lookout tower with a coffee shop.

The deal has been in the works since 2009 and represents a milestone in Grass Valley/Saudi cooperation and investment. The Saudi Royal Family first contacted the City of Grass Valley and the Del Oro Theater’s current owners, expressing interest in purchasing the 70-year-old movie playhouse. At first, the owners and the city balked at the deal until, in the words of one insider, the Saudis gave them an offer they could not refuse. According to insiders close to the deal, a few last-minute calls from none other than the former President’s son-in-law Jared Kushner sealed the deal.

Not long after the deal’s closing earlier this week, the House of Saud, the Saudi royal family, announced plans to replace the current Del Oro tower with a “new and Islam-appropriate” minaret.

Reaction from locals was predictably annoyed and somewhat angry.

“First, they wired the tower with Wi-Fi, which was a mess,” said longtime Grass Valley resident Jim Shoemaker during his lunch hour. “The tour under Grass Valley was cool, but now the Del Oro has sold us out to terrorists. And what is a ‘call to prayer anyway?”

The Saudi contingent is sensitive to their presence in the small gold rush town nestled in the Sierra Foothills. And to that end, for the first month of operation, starting in November, any wife or daughter who shows up wearing a hijab will get 50% off their ticket prices. Those who appear in the more conservative niqab or burqa will receive a 75% discount.

In the spirit of multiculturalism, a few locals welcomed the change.

“Grass Valley and the greater area need more diversity,” said registered nurse Elizabeth Potheller outside Subsational, a famous local sandwich shop. “I think the calls to prayer will add some desperately needed color to downtown. And it will be fun to have a cup of coffee up there with my husband’s permission, of course.”

The current tower is being removed, and the minaret replacement should be installed for the Christmas shopping season.