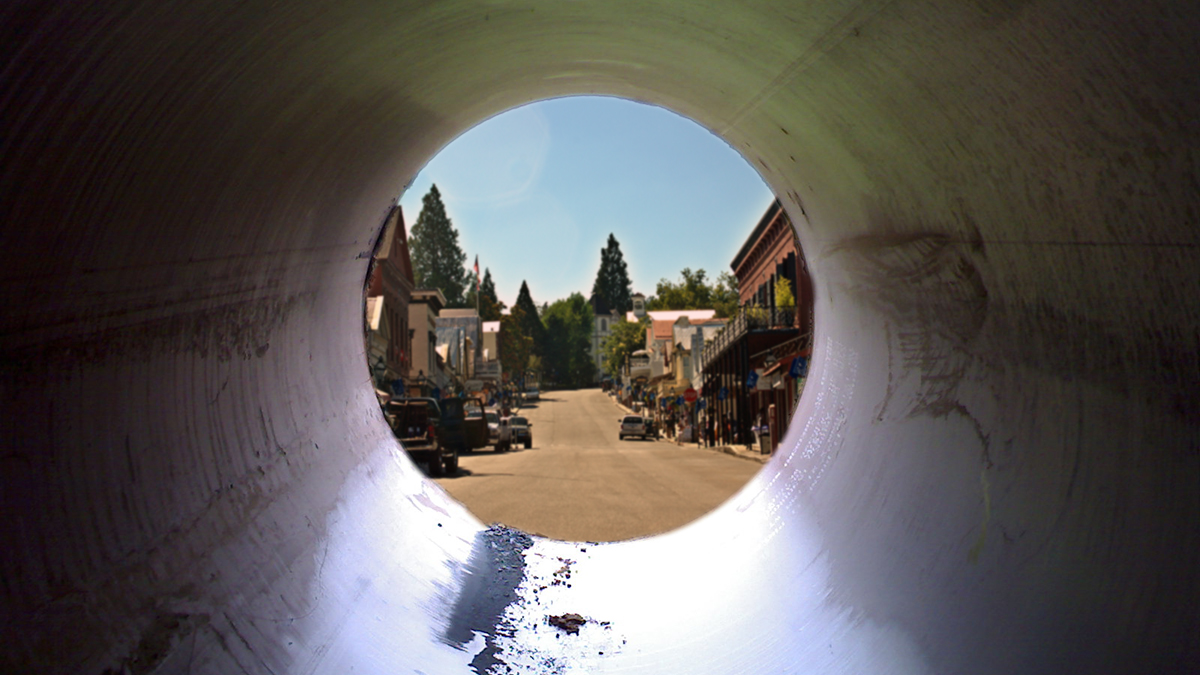 Grass Valley, CA — In a unanimous vote, the Grass Valley approved a resolution allowing human waste composting in Nevada City. The new law will require Grass Valley public works to harvest as much as 20% of its solid human waste from the sanitation district and then transport it to neighboring Nevada City for use in “organic” farming, among other things.

“We’re gonna truck our crap all the way up to Broad Street. We’re even thinking about a pipe, too, ” said Grass Valley Council Member Hilary Hodge, who proposed The Human Compost Reuse Act of 2019. “It’s time to take organic seriously and literally. And what better what to do that than to make Nevada City do it first? You know, as a test. And besides, we get rid of our waste, and Nevada City gets another tourist attraction. So it’s a win-win.”

Details are slim, but Grass Valley will pay for the program with a .235631% sales tax increase according to a draft plan. Revenues generated from the increase will pay for four dump trucks and two industrial-grade “waste harvesters,” which will suck and sort upwards of 15 tons of human excrement per day.

Grass Valley says the program will start with modest 2-ton deliveries at first. Then, within several months, the program will peak at 15 tons of crap per day. Critics are skeptical of the plan, but several industry experts believe it’s feasible.

How The Plan Will Work

“Several municipalities are doing this exact thing around California,” said CEO of Poop Pilots, a San Rafael, CA company that specializes in human waste extraction and harvesting. “However, I’ve never seen one city do it in such a spiteful way like this. But the folks at Grass Valley assure me that this is par for the course and that Nevada City deserves such fine composting materials.”

Residents along the transportation path have express concerns about both the program’s safety and the potential for noxious odors.

“Well, I don’t like this one bit,” said current unemployed North Church Street resident Dale Nancarrow. “It’s like, I hate snooty Nevada City as much as anyone else around here, but I’m worried about this place smelling like shit all the time. So I hope they get that sorted out.”

Nevada City issued a statement saying it welcomes this new partnership with Grass Valley but expressed concerns about the plan. Notably, the city was concerned about the daily dump of tons of human excrement on Broad Street. As a result, officials say they’re considering closing its main thoroughfare to traffic and converting the block into a “walkabout tourist information center.”