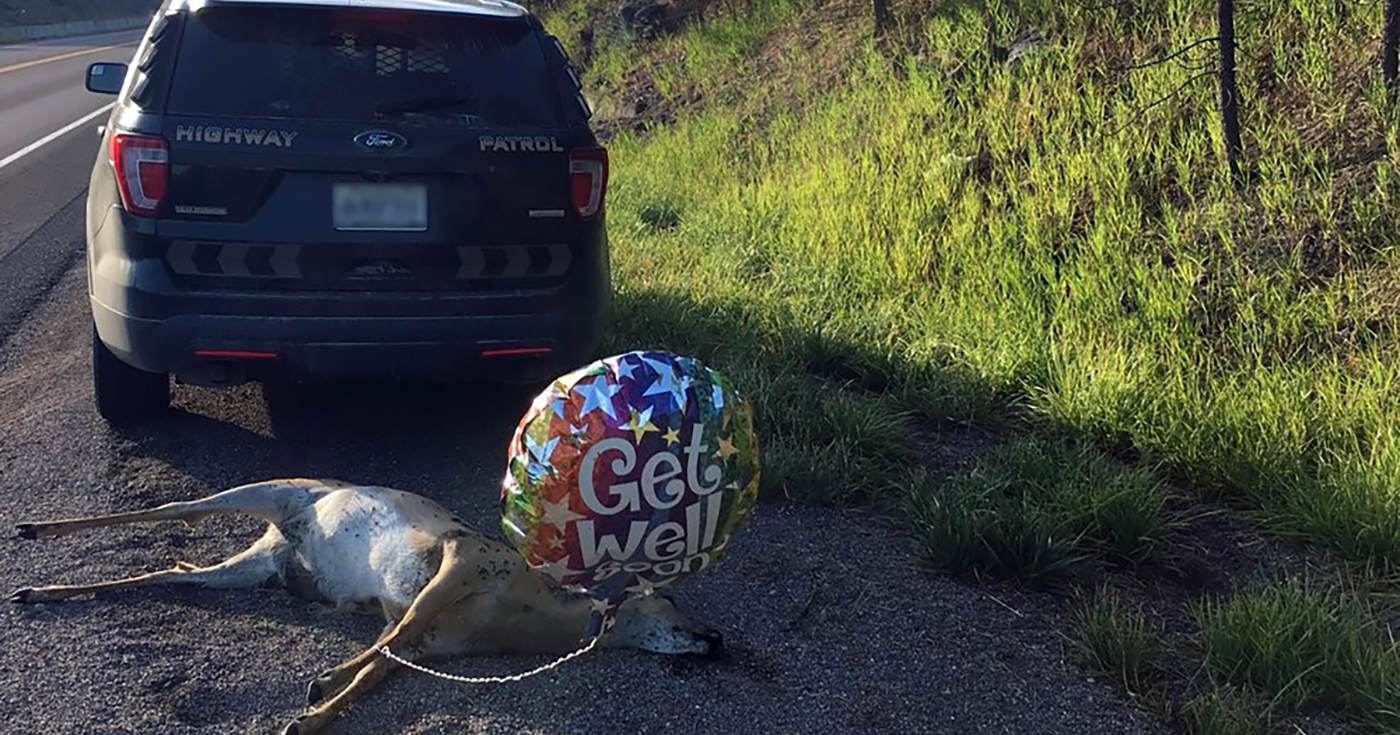 Alta Sierra, CA — The California Highway Patrol and several eyewitnesses reported a deer on the side of the road just south of Lime Kiln Road early this morning. After an extensive investigation by authorities, the Nevada County Sheriff determined that Santa Claus was responsible for the death.

“Well, of course, we have a sensitive situation,” said Nevada County Deputy Sheriff Guardie Schack. “It seems Old Saint Nick made a brief stop at the Nevada Club, and well, you know the rest of the story.”

At approximately 2:15 A.M., 32-year-old Jennifer James was heading home from her boyfriend’s Alta Sierra home when she says a red flash of a light zoom over her Toyota Corolla. She didn’t think much of it but found it unusual.

“It was like the thing in the sky was using the road as some guide, you know? It was wandering all over the place and too close to the 49 if you ask me.”

At 2:17 AM, Santa’s and his sleigh swooped down under the traffic signal at Lime Kiln Road and struck a three-point buck who, as deer tend to do, had wandered out onto the highway for no apparent reason. At that point, Santa’s reindeer, spotting the animal in the road, made an evasive maneuver to miss the deer. Unfortunately, it was not enough as the back of Santa’s sled clipped animal, killing it instantly.

“We haven’t decided what to do about Santa,” continued Deputy Guardie. “We’re still trying to determine if he has some diplomatic immunity since he is not a resident of the United States.”