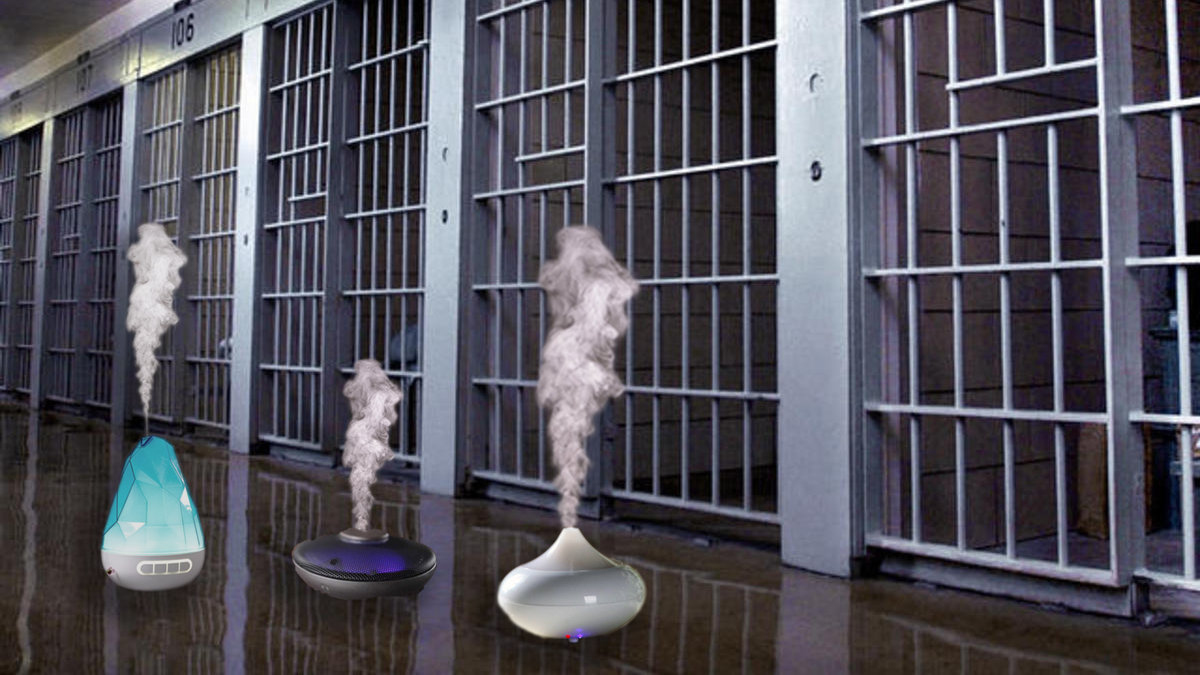 Nevada City, CA — The quaint gold rush town of Nevada City, CA will be the first in the nation to experiment with aromatherapy on hardened criminals. The idea is the brainchild of the city council who wishes to, in the words of the official ordinance, “grant the police and the sheriff the powers of alternative healing in combating the massive rise of criminal activity and incarceration plaguing our country.”

The ordinance, which was passed unanimously with the City Council with testimony by a group of people calling themselves “The Woo Army,” orders local law enforcement to start dispensing lavender, rose and large doses of something called “Ylang Ylang” in local jails to help “calm heart agitation and nervous palpitations” and lessen “irritability” of prisoners.

The city council has put aside upwards of $10,000 from the general fund for aromatherapy diffusers and essential oils for this test run. However, not everyone thinks this is a smart use of the city’s budget.

“I’m not from Nevada City,” said Grass Valley resident and owner/operator of BigGiggles Bounce Houses Jerry Dodge, “but they do some really stupid shit there. And I have no problem telling them how to run their city. And if they think a bunch of stinky hippie perfume is going to help rehabilitate a bunch of criminals, then that place is beyond repair.”

However some Nevada City locals have a more “let’s give it a try” attitude about the new aromatherapy ordinance.


“We’ve had great success with things like worm casing farms and other experimental city projects,” said resident Stacy Grant from the porch of her Cottage Street home. “I mean, who needs another hardware store in town or anything like that. I’m glad the city council is taking the real risks to make Nevada City great again especially after the recent controversy.”

The ordinance is scheduled to take effect on January 1st, 2017 pending review by both the Nevada City Police and Nevada County Sheriff departments, both of which declined comment for this story.