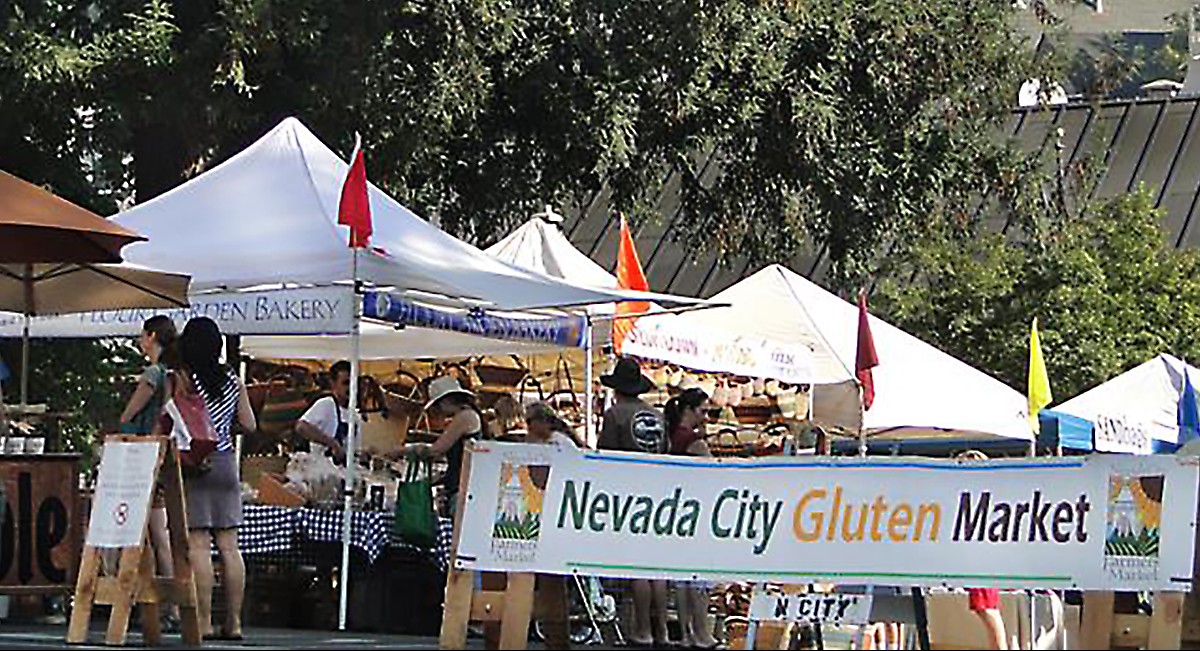 Nevada City, CA — In a move co-sponsored by the Really Real Friends of Nevada City and the Nevada County Republican Party, the Sierra Nevada foothills community of Nevada City will host the nation’s first and only 100% Gluten marketplace starting in 2019. Although the anti-gluten-free movement has gathered steam over the past couple of years, many gluten intolerant believers and the five people with celiac disease are concerned about this aggressive and reactionary move by local conservatives.

“I’ve been gluten-intolerant for almost six years,” claimed local anti-vaccine advocate Lisa Fellows of Nevada City. “I can’t be around anything gluten within a few hundred yards. It’s the gluten dust from baked goods that gets my Morgellons disease acting up. I’m apprehensive that the high concentrations of gluten on Broad Street and Commercial Street will pollute the air. I might have to go to Grass Valley for the day. Or longer.”

The market will feature booths with only high-gluten content foods.

“The idea is to take back our basic foods,” said Nevada County Republican chairwoman Deborah Wilder. “The Progressives have bullied us for too long. These forces are starving us of the liberty to eat whatever we want, whenever we want it. This is a chance to restore sanity to our food system, and we believe Nevada City is the first place to launch such a movement.”

According to organizers, there is a great deal of interest in the gluten-only market, mostly from out-of-towners and Penn Valley, California. They were hoping to attract more local businesses, but none of them have come forward to take part.