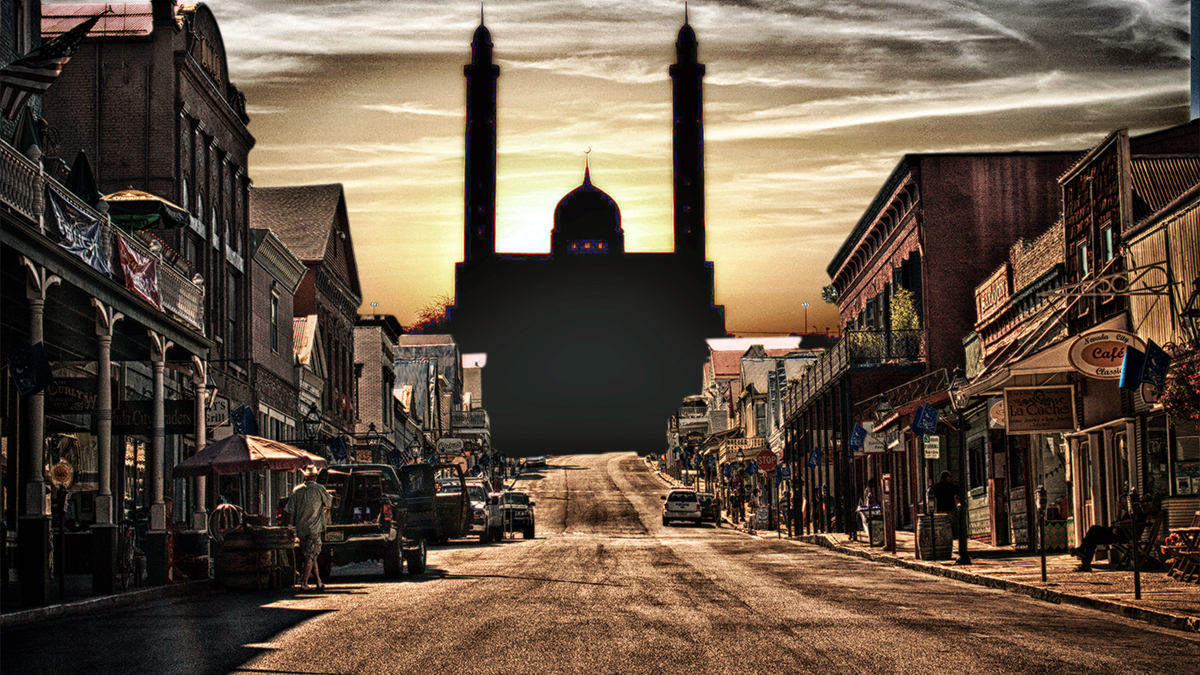 Nevada City, CA — After weeks of locals reporting strange and “foreign-like” sounds, Nevada City officials now admit that they cannot identify the source of what some call a “Muslim call to prayer.”

For the past couple of years, people in Nevada City and some surrounding areas reported a dull and persistent noise. City engineers in Nevada City and neighboring Grass Valley dismissed the complaints, citing the area’s high concentration of psychiatric patients. However, after persistent complaints from a local advocacy group, Demand Answers Now!, led by area community activist Saihra Ramun, officials from the county now admit that they have no idea what’s going on.

And they don’t have the time or resources to figure it out.

“We’ve heard all kinds of conspiracy theories from alien landings to cell phone 5G radiation,” said Nevada County head civil engineer Vic Dawe. “At first, we thought it was just people off their meds. But that wasn’t it. Then we thought it was the new mining operations. But it wasn’t that either. So 5G is out because, one, it doesn’t make noise, and, two, that’s plain crazy because it doesn’t even exist yet. So anyhow, we don’t have any idea what’s going on.”

Christians For Fairness, a local evangelical Christian founded in 2010 to combat what its webpage says is the “pending Mooslim [sic] Sharia Law invasion,” joined forces with Ms. Ramun’s Demand Answers Now! to figure out who’s responsible for what they claim is an unauthorized broadcast.

“We just want to get to the bottom of this,” said Christians For Fairness spokesperson and founder retired Colonel Jack Ripper from his Banner Mountain home. “I don’t believe the official report, and neither should you. I’ve got friends up on Cement Hill who hears it five times a day. Get it? Five Times? That’s what the Mooslims [sic] do. So I ‘figger someone is calling them here to Nevada County.”

Ms. Ramun suspects something else.

“Look, we know the elites are preparing us for 5G. And they’re doing it slowly. You know, like when you kill a frog by raising the boiling water? They want this to be the new normal. After a while, they’ll deploy the cancer waves. We won’t complain. We’ll be dead. Well, Demand Answers Now! is not going to stand by and let Big Telecom seize our brains and bodies the way Big Pharma and the Deep State have.”

Despite over 950 calls to the police, many of which the departments claim are from the same ten people. Local governments say they have no plans to investigate the mysterious noise.