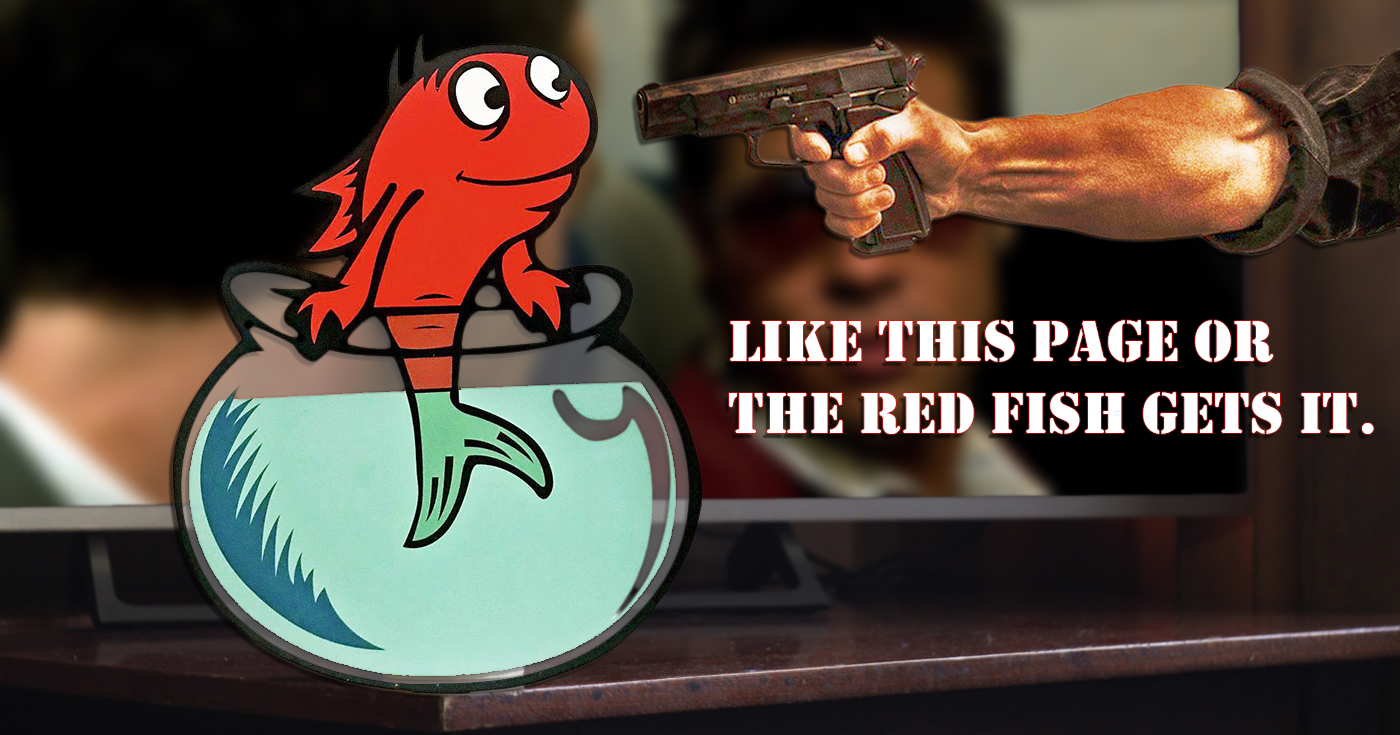 Nevada City, CA — Several sources familiar with how the Internet works claim that a red fish who resides in Nevada County has written a remarkable number of horrible fake articles which have somehow managed to annoy and, in some cases, anger readers.

The red fish in question, who goes by the befitting name of ‘fink,’ has spent the past decade writing bitter, ironic, and many would call downright stupid articles about the community he and his team resides in. Over the years, some of fink’s headlines have included such controversial topics as Hitler’s Grave Found Outside of Sierra City, the dangers of various imaginary technologies (here, here, and here), and of course, an unusual and boring obsession with guinea pigs (here, here and here).

He has also been critical of local government, whom he sees as appealing to and, in many cases amplifying stupid. Notably in his sights is the government of Nevada City, whom he sees as not only wasting its citizen’s time with crazy ordinances but also exposing the town to possible expensive litigation with immoderate and batshit insane behavior.

Observers claim that this is the source of much anger–anger mainly originating from stupid people. Mr. fink tells us that stupid people are more dangerous than anyone else, primarily because they don’t know they are stupid.

“It’s one thing to have strident and inflexible opinions. It’s another thing to be stupid. You can’t change stupid because stupid doesn’t know it’s stupid,” Mr. fink told us.

Most people who know fink say he’s a bit of a bitter asshole, a malcontent who hates stupidity more than he hates himself and brussels sprouts. However, if you were to run into him on the street, which would be weird since he’s a fish in a fishbowl, you would discover that he is indeed a malcontent asshole filled with good humor. An observation, interestingly, that describes most of Nevada County, whether locals like to admit it or not. Most will stare at you when questioned and move along.

“Wut?” said Mr. fink responding to questions about his disposition. “It takes one to know one, I suppose.”

When asked to expound on this, Mr. fink continued.

“Most people think the era of Trump is some Republican thing. It’s not. It’s a phenomenon where we’re not only excusing stupidity. We’re celebrating it. In many circumstances, we’re encouraging it either for entertainment value or because we’re stupid too. Cranks now run things. Better buckle up.”