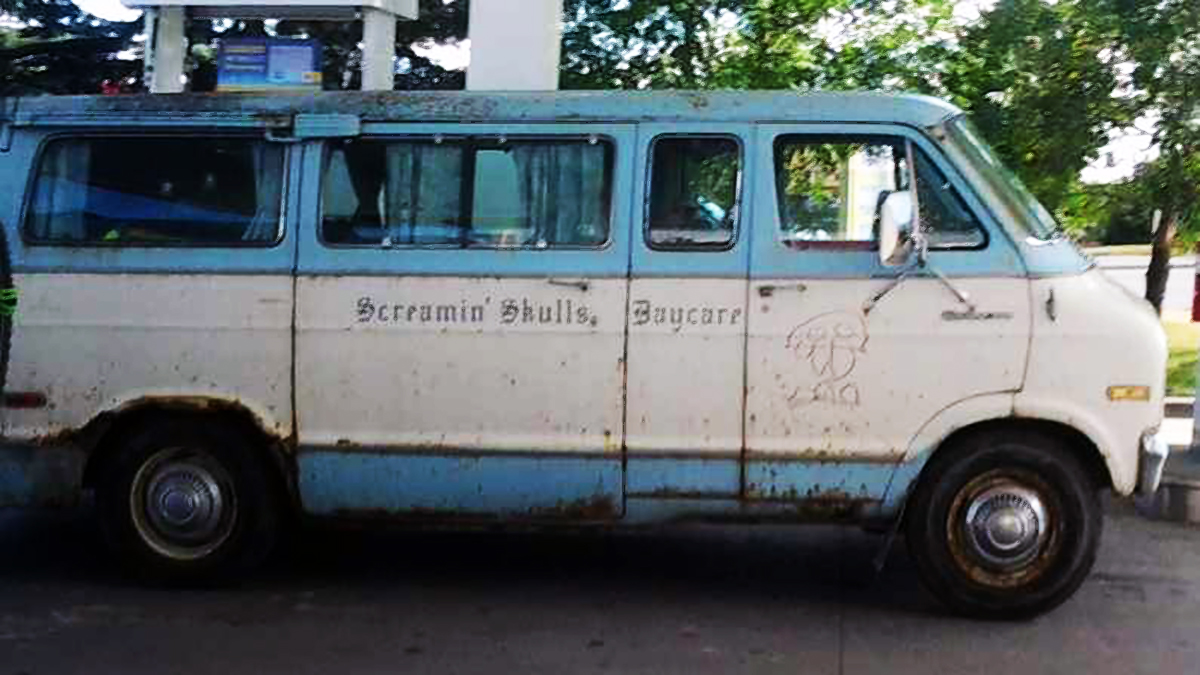 Grass Valley, CA — An area daycare establishment is considering a name change after it received numerous complaints from parents and community leaders that the business title was inappropriate. Screamin’ Skulls Daycare, also know by locals as SS Daycare, said they are looking at different names.

“We’ve operated Screaming Skulls for over 14 years,” said owner and certified daycare operator Betsy Knowlbrath in a Gish Gallop telephone interview. “Over the years people have commented about our name, but never asked us to change it until recently.”

SS Daycare provides budget “playcare” services for children 3-5 years and is best known around town for its “well used” blue and white van.

“I’ve used SS for every single one of my six kids,” said Bridget Doggins of Grass Valley. “I mean, the name as a bit off-putting, but the price was right for a single mom. I have no idea how they stay in business with such cheap prices, but I’m glad they are even if all my kids came down with scabies.”

According to Ms. Knowlbrath, some of the names they are considering include Grandma’s Attic, The Rusty Nail and Mommy Dearest’s Playcare.