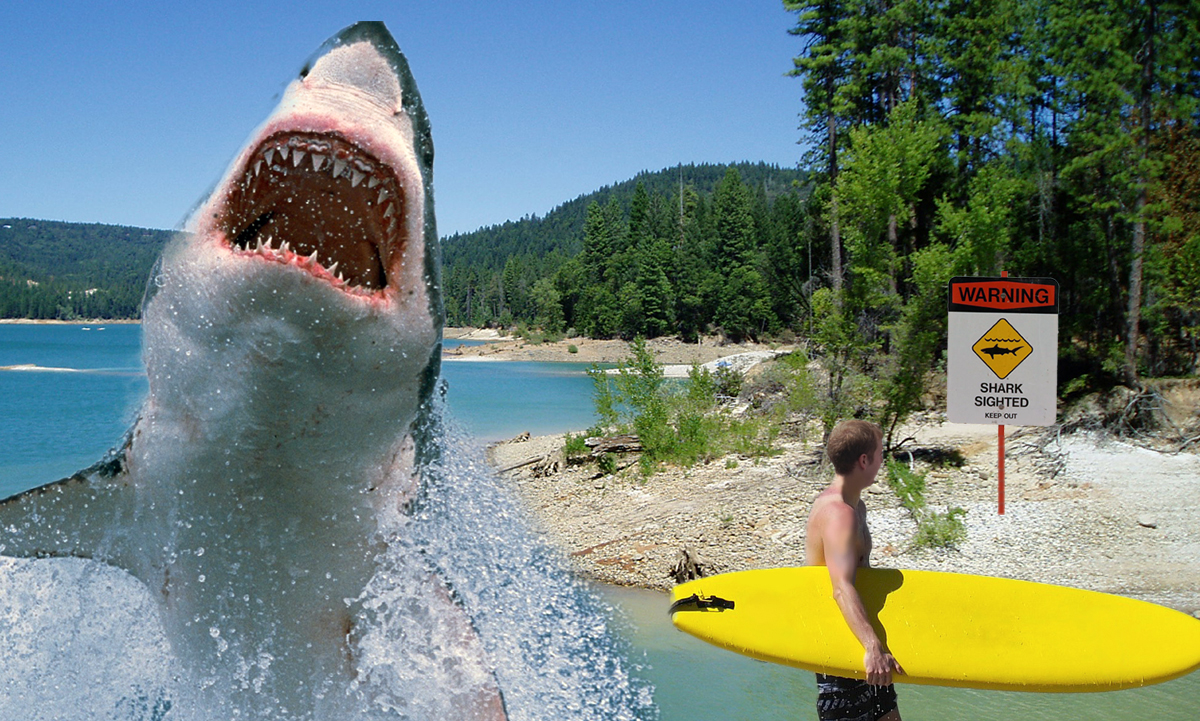 Grass Valley, CA — An area boy is in stable condition and recuperating at Sierra Nevada Memorial Hospital after surviving an aggressive shark attack in nearby Scotts Flat Lake. Adam Mills, 16, sustained non-life threatening injuries after he was attacked by, in his words, “a really big f’ing shark” while paddle boarding on the iconic Sierra Nevada foothills lake.

Scotts Flat Reservoir is an artificial lake in the Tahoe National Forest of Nevada County, 6.5 miles east of Nevada City, CA. The lake is at an elevation of 3,100 ft and has a surface area of 850 acres , with 7.5 miles  of shoreline lined with pine trees. Amenities consist of two launch ramps, a marina, campsites, a picnic area, sandy beaches, a general store and a great white shark.

“He’s lucky to be alive,” said Scotts Flat Lake winter “host” Daniel Lemire, 57. “We try and warn people about that damn shark. Most people listen, but you know how teenagers are. They think they got it all figured out. I’m just glad we were out there [on the shore] during the time of the attack. Ruth [Mr. Lemire’s wife] saw the whole thing and drove him in our ATV from the shore to our Suburban back at our 5th Wheeler.”

The Scotts Flat Lake shark has menaced both campers and water enthusiasts alike going back to the days of the California Gold Rush when the Lake was first “unnaturally” dammed by debris from hydraulic mining. (It’s currently properly dammed) No one knows how the shark appeared in the lake, but reports of attacks stretch all the way back to 1863 when a famous local preacher named Wilford E. Shank first reported seeing what he referred to as a “large white monster” trolling the lake for prey:

“It was August 15th [1863] when the congregation and myself decided to have a picnic at the side of the lake. All was well until Jessie Braithwaite decided to go for a swim. I reckon he swam about 100 yards out into the lake and then simply disappeared into the murky waters. We never saw him again. That’s when I spotted that white monster as it breached the still waters. The entire congregation gasped in fear for we knew what had happened to Jessie.” -Entry taken from Rev. Shank’s diary.

Despite efforts over the years to locate the shark, all attempts have failed. Many assumed that the recent California drought would assist in the effort, as Scotts Flat Lake was at record low levels. At least two summer expeditions from UC Santa Cruz attempted to find the elusive animal, but both attempts came up empty-handed.

“We brought half the oceanography department to look for the shark,” said 2 year UCSC graduate student Taylor Friscas in a Gish Gallop telephone interview. “We found nothing. We had advanced sonar equipment and diving gear and still found nothing. I think the Lake was down to 15 feet in depth for our August investigation. Still nothing. Which makes it even weirder that this boy was attacked.”

As for teenager Adam Mills, he’s just happy to be alive after his harrowing near-death experience.

“I’m hella bummed about my board,” said a bed-ridden Adam who shared a picture of his paddle board from Facebook. “But I can get a new one. Like,  I didn’t believe the stories about that stupid shark. People warned me and I’ve heard the rumors, you know? I do now, and I’m not going back out there without a boat.” 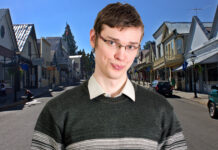 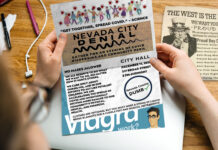