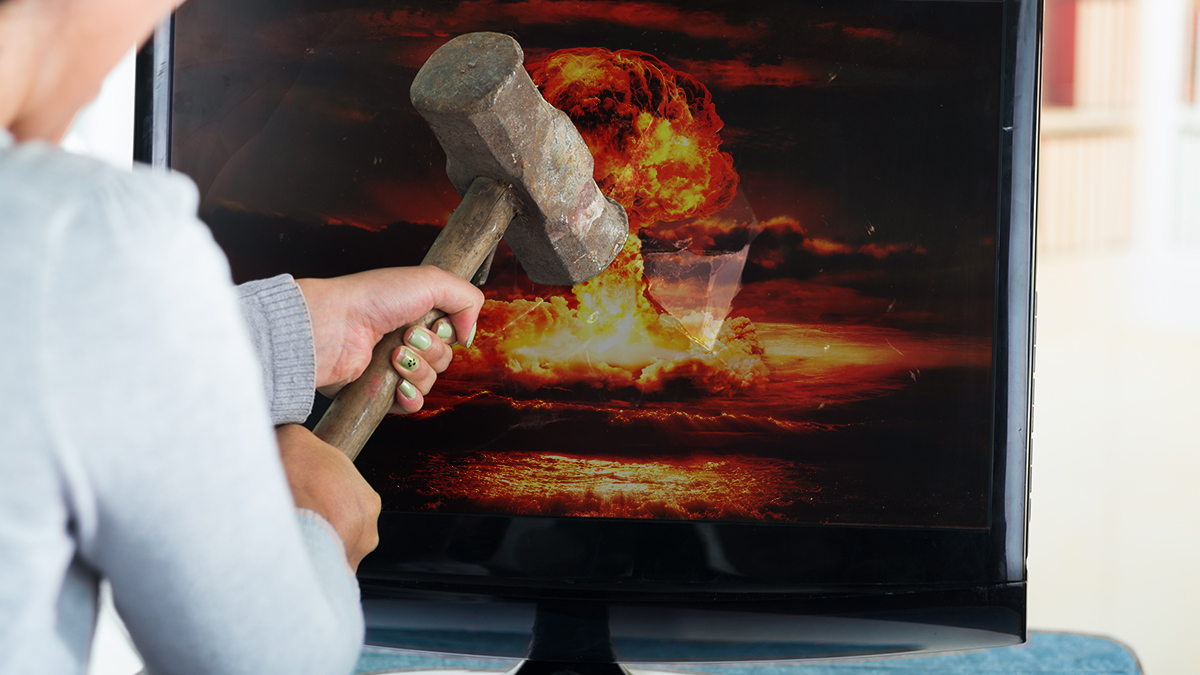 Nevada City, CA — After a series of local and national events that seem unaffected by what experts call “vanilla-level satire,” sources close to the Broad Street Beacon have indicated that the publication is developing “weapons-grade satire.” Although these are rumors at this point, many in the community feel the era of talk is over.

“I’ve watched the Beacon escalate their attacks,” said over-sized Dodge RAM truck owner Dustin Jayce Dickens of Penn Valley, CA. “And there is nothing but talk and ridicule. Now that they’re creating these massive satire weapons, we need to take action before they take out an entire city or our cell phone towers.”

For its part, the Beacon says it has tested a powerful form of Enlightenment-era satire that can be loaded onto any satire site, in a move expected to increase pressure on local officials to defuse the growing fake news crisis in Nevada County.

In a press announcement carried on area radio, Beacon chief editor Dwayne Gish said the test, its sixth since January of this year, had been a “complete success” and involved a “two-stage rhetorical attack” with “unprecedented” strength. However, with previous “satire tests,” experts claim the impact of the language didn’t land a noticeable punch.

“Well, it’s clear from past efforts that the Beacon didn’t have any impact,” said Professor James Badwater of the University of Chicago’s Badwater School for Public Policy. “I mean, when you look back at their catalog, most of it is not funny, dull, and spends way too much time on topics such as guinea pigs and Bigfoot sightings. It’s barely satirical. And certainly, it does not provide any critical insight into ourselves. But with this new secret initiative, I think it’s safe to say we’re all in danger now. Well, stupid people, at least.”

The testing has not been without its complications and “blow-backs.”

The Broad Street Beacon has conducted tests of their missive power in the past, including one that caused an idiot to take the job of the Presidency. According to insiders, several low-grade satirical attacks in 2016 against then-candidate Hillary Clinton contributed to the over-participation of otherwise disillusioned Trump voters during the election season.

The Beacon denies any involvement in the Trump presidency. This latest operation is not a test, according to officials.

“It’s the real deal,” continued Professor Badwater. “If you have been in the crosshairs in the past, time to head to the bunker.”