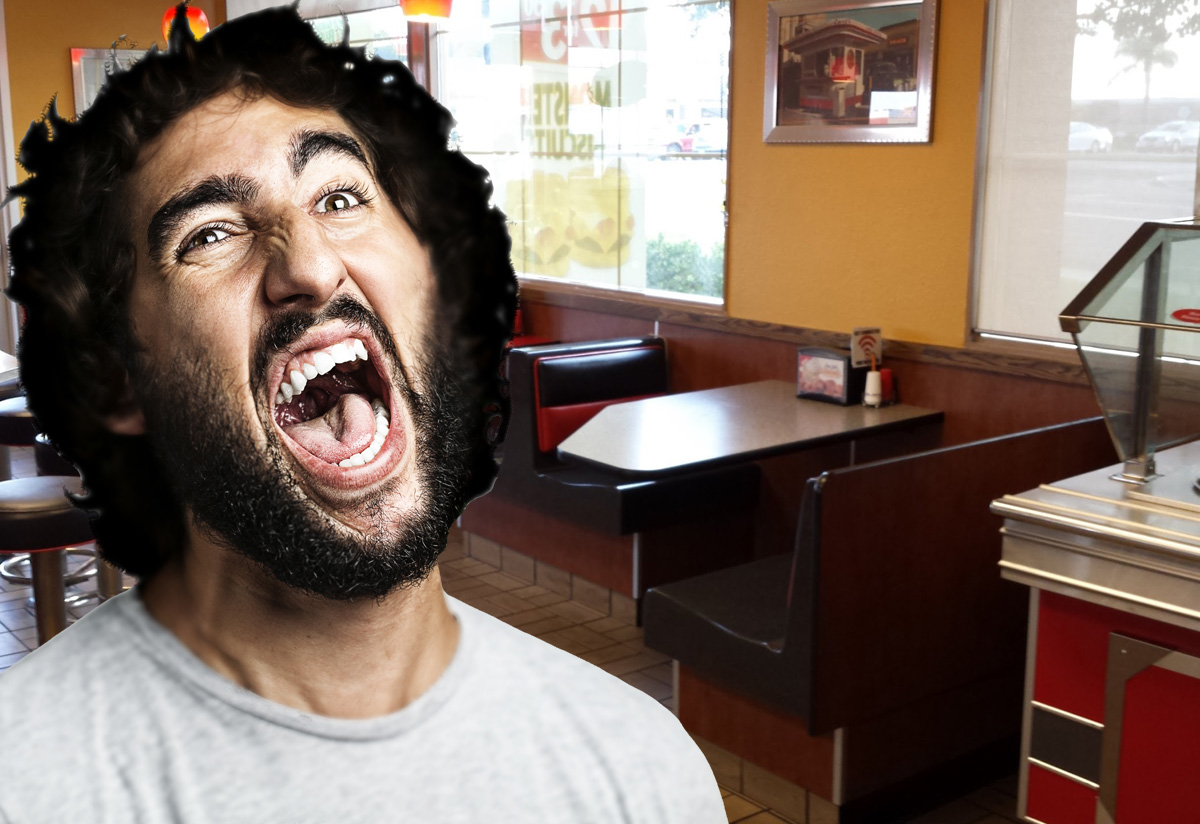 “I proclaim this back booth at Carl’s Jr. to be La Burgia,” asserted Mr. Charles to a disinterested crowd during the 5 pm dinner rush. “The most important thing to understand about La Burgia is that it is not only a place; it is a way of being.”

Permanent autonomous zones (PAZs) are not controlled by any government (as recognized by other governments) or by any religious authority. Some examples of PAZs include Burning Man, the yearly festival featuring naked white people, the Dreamtime Village, located in Wisconsin, and the Zapatista Autonomous Municipalities which is currently composed of 32 “rebel autonomous Zapatista municipalities” in the Mexican state of Chiapas.

These are not to be confused with Semi-Permanent Autonomous Zones or even the more elusive Temporary Autonomous Zones, Ontological Anarchy ideologies, and Poetic Terrorism, the latter of which practices “chaos linguistics” which is a technique used by mouthy teenagers at fast-food drive-thrus and by sovereign Stoners during any routine family arguments.

“He can’t do this here,” said Carl’s Jr. General Manager Aimee C. Reeves. “This is a business and not some anarchist social experiment. There are plenty of places out on the Ridge for that.”

The United States is awash with these kinds of social experiments. Many readers would be surprised to find out that many Permanent Autonomous Zones have existed throughout its history. Esteemed American author Nathaniel Hawthorne captured one such place in his 1852 novel the Blithedale Romance. The consensus is that such communities are allowed to exist in a government framework that permits (or ignores) them. And that they typically fail because people’s idealism is eventually replaced with humanity’s proclivity towards selfish douchebaggery.

As for Mr. Charles, his optimism and idealism are undeterred.

“From here, the revolution starts with me,” Mr. Charles said, pounding on his Formica-covered table. “It begins with me and will include anyone willing to let go of the shackles of organized, centrally managed oppression. There will be no voting, and we will barter for everything we need.”

Shortly afterward, he was escorted from the restaurant for shouting at the patrons. He was heard saying something about raw milk and police states.