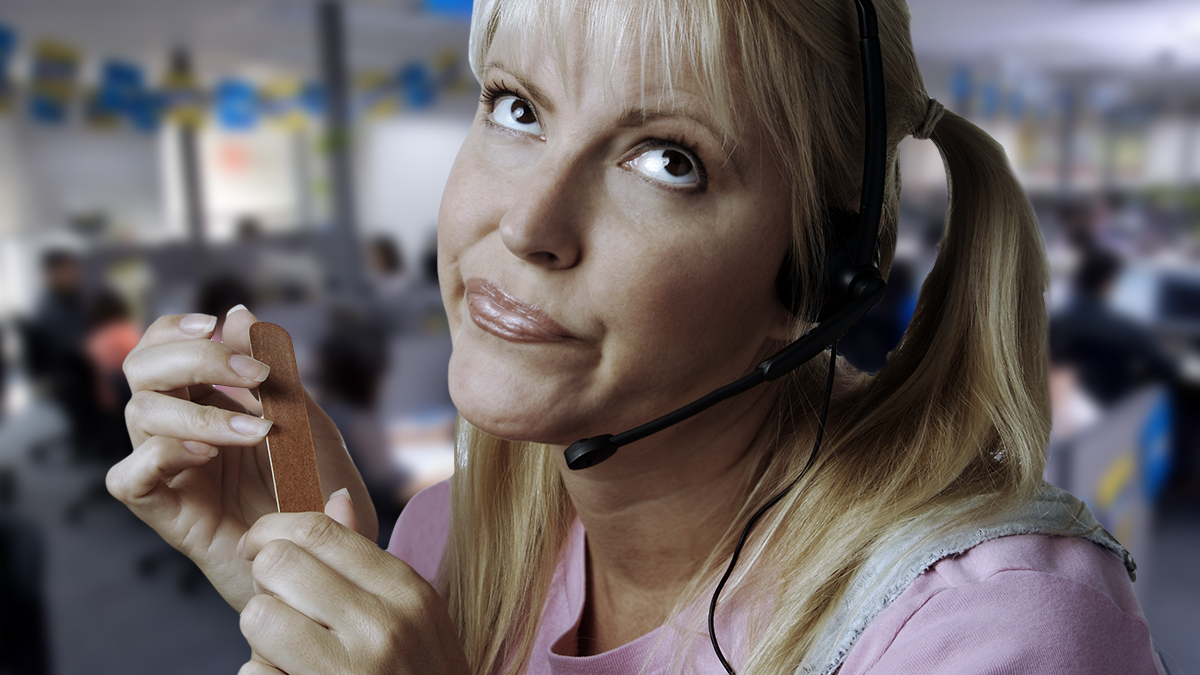 Nevada County, CA — In what many are calling both a bold and terrible marketing decision, AT&T has rolled out a new “Fuck You” customer service campaign to select communities across the United States, including Nevada County. The program, officially known as the “Fuck You We Don’t Give a Shit Because We Can” program, has earned AT&T the lowest customer satisfaction rating in Consumer Reports Magazine annual survey and has company executives rethinking their approach.

“We have not seen the results we were hoping for,” said AT&T director of communications Bethany Millbright during a morning conference call from her El Segundo, CA office. “We spent over 10 million dollars retraining our call center staff in hopes that this new direct approach to custom care would reap some retention benefits. But, sadly, it seems to have had the opposite effect.”

According to several AT&T in the greater Nevada County area, they had their landline service abruptly severed for no explainable reason. When the customers attempted to contact the company, they were often transferred to irrelevant departments, and on many occasions, they were hung up on mid-complaint. For example, Janet Goodall, who owns Janet’s FlushAll Plumbing Service in Grass Valley, had her service cut off and has been without service for over 14 days.

“I have probably contacted them over 62 times in the past two weeks,” said a frustrated Ms. Goodall. “I was told over the chat session by some guy in India that I needed to call to get it fixed. But, of course, I don’t have a phone, so I can’t call. I used a neighboring business’s phone to call several times, and AT&T just hung up on me. I once swore I heard the representative say, ‘fuck you, but I can’t be sure. Either way, that’s how it feels.”

According to AT&T, it hopes to have telephone service restored “whenever.” In addition, it offers inconvenience customers two weeks free of DirecTV, providing they pay the $425 installation fee and a plush, squeezable “stress toy.”