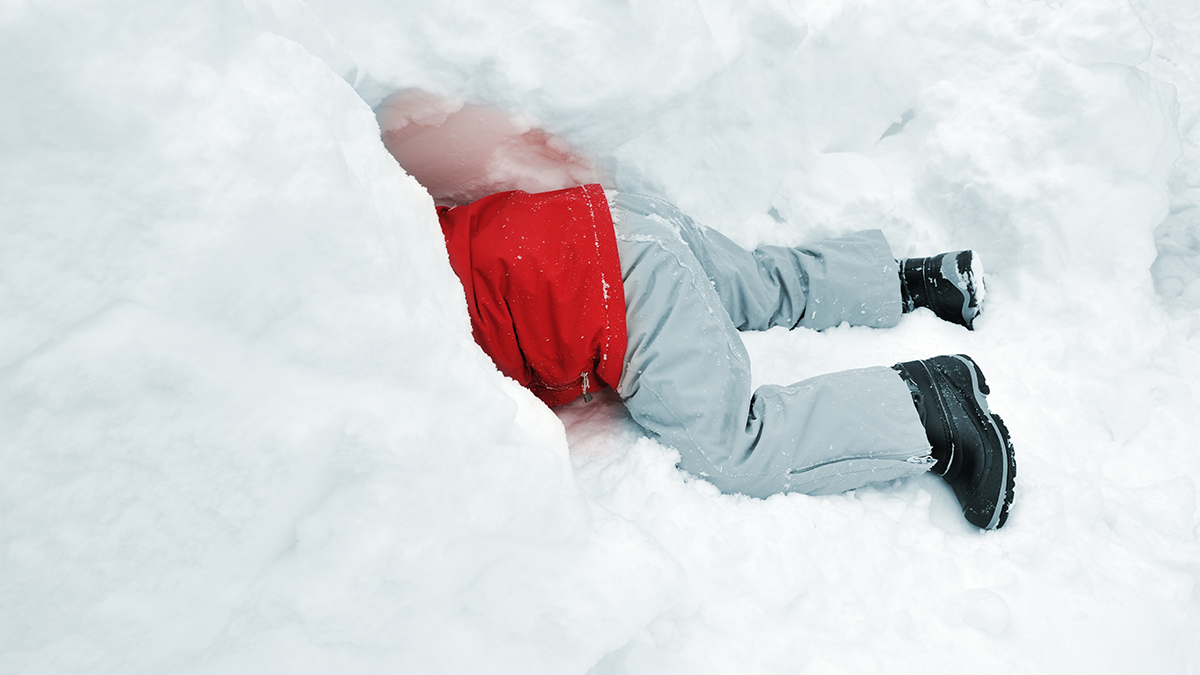 Truckee, CA — 42-year-old Truckee man Jaime Igo could use a little help after getting stuck in a self-made “man cave” he built to show his 17-year-old son how to survive in the wilderness. Mr. Igo, who made regional news earlier this when he admitted to the Beacon that he regretted selling one of his kidneys on the Chinese black market, spent over 27 minutes prostrate in the snow before his wife Cheryl pulled him to safety.

“Well, that sucked,” said a relieved and tired Mr. Igo speaking via the telephone. “I was showing my boy some snow survival skills when the snow fell on me. I was yelling and yelling and he didn’t answer. At first I thought he was just screwing with the old man, but after a while I figured he had went inside the house.”

The Lake Tahoe region is hoping to receive above its average snowfall for this year, and there are 2-3 months left in the season. Even seasoned mountain say this coming winter could be a doozy. The Igos, like most Truckee residents, have tried to make the most of this recent storm, which is why the elder Igo attempted to show his son what to do if he was to find himself lost in the snow.

“I was trying to show him a few tricks,” continued Mr. Igo growing irritated. “Come to find out Brian [Mr. Igo’s son] went into the house was playing Fortnite while I was scream in the snow. Thanks got the wife came out, or it could have gotten bad, you know?”

Mr. Igo suffered no injures and is expect not only to make a full recovery, but also he never plans to build another snow cave.