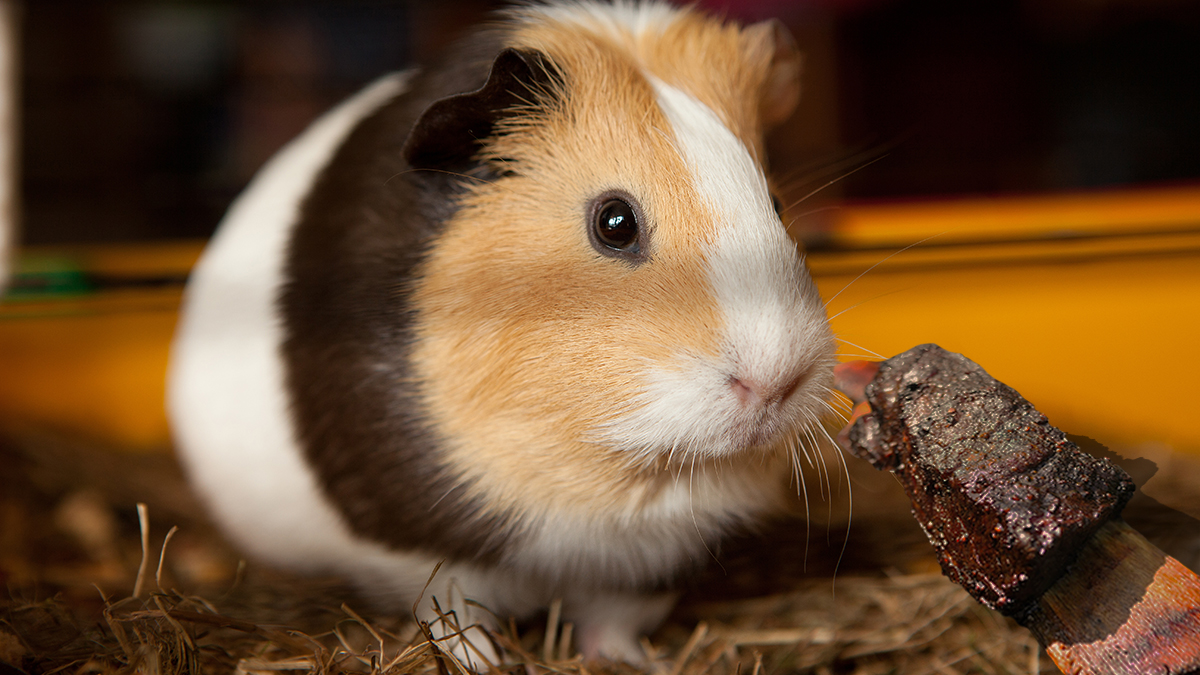 “Sugar Peaches is happy,” said Miss Jameson just before bedtime. “All he cares about is his hay and carrots. I thought, ‘how boring!’ When I pick him up, he gets quite scared, like I’m going to eat him. But I tell him, ‘no baby, I’m just going to snuggle you. I’m not an Eagle or Dad or anything like that.’ He’s so cute. I love him so much. But he didn’t like the ribs. Maybe there was too much BBQ sauce or something.”

As the short rib sat in the cage, Sugar Peaches made his way around it while ignoring the bony, fleshy mass which occupied a fair amount of precious guinea pig habitat.

“When I got up in the morning, Sugar Peaches hadn’t touched it at all,” continued Miss Jameson. “Maybe he doesn’t like beef like my idiot brother. I’ll try chicken later tonight.”