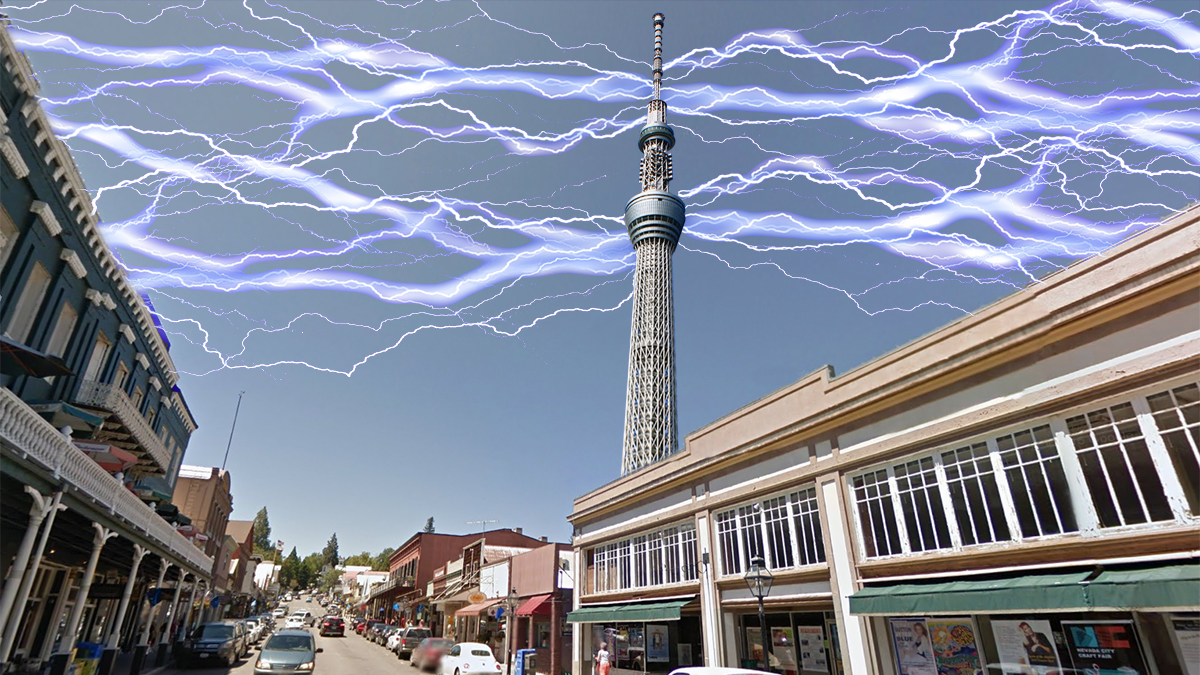 Nevada City, CA — The Nevada City government overwhelmingly approved the construction of a 2722 ft (830m) communication building which is tentatively dubbed the Nevada City SkyTower. The project, which supporters say will improve cell phone reception in the area and be a tourist attraction, has an initial budget of 676 million dollars and will be paid for out the City’s General Fund and bond measures on the next November ballot.

“We’re in the fight for our lives over cell phone radiation,” said Nevada City activist Saihra Ramun. “It’s bad enough that people are going to be exposed to as much as .1 micro watts of 5G cell radiation, but now this. This will be enough to fry chicken. First they installed SmartMeters, and we said nothing. Then they installed micro cell towers, and we were silent. How much will it take for people of Nevada City to wake up? Make Nevada City great again.”

The Nevada City SkyTower is modeled after Tokyo’s Skytree which was completed in 2012 after a 4 year project. The Nevada City version will feature 4 elevators, 13 restaurants, an observation deck that will allow people to see San Francisco on a clear day and of course 732 new cell phone antennas which will provide 1.21 gigawatts of power which supporters say will provide full-bar 5G cell service for the entire county and beyond. The new tower will be the tallest structure in the United States.

However despite the numerous financial and service upsides, the SkyTower project is not without its detractors.

“Great Scott! For people who work all day long everyday in downtown near these proposed ‘towers’,” said Skyy Wolford of North San Juan, CA, “this isn’t something to kid around about.”  Implying that the SkyTower would  somehow produce more non-ionizing radiation than the Sun, the Earth or the person who sleeps next to you at night. “Electromagnetic sensitivity is a thing. I can feel it in my fillings when the air is still and the waves are penetrating my head.”

Providing the 675.95 million dollar bond measure is approved by voters this November, construction on the Nevada City SkyTower will start sometime in August 2020 and hopefully be completed for the Summer Olympic games in 2024, which Nevada City is bidding for.