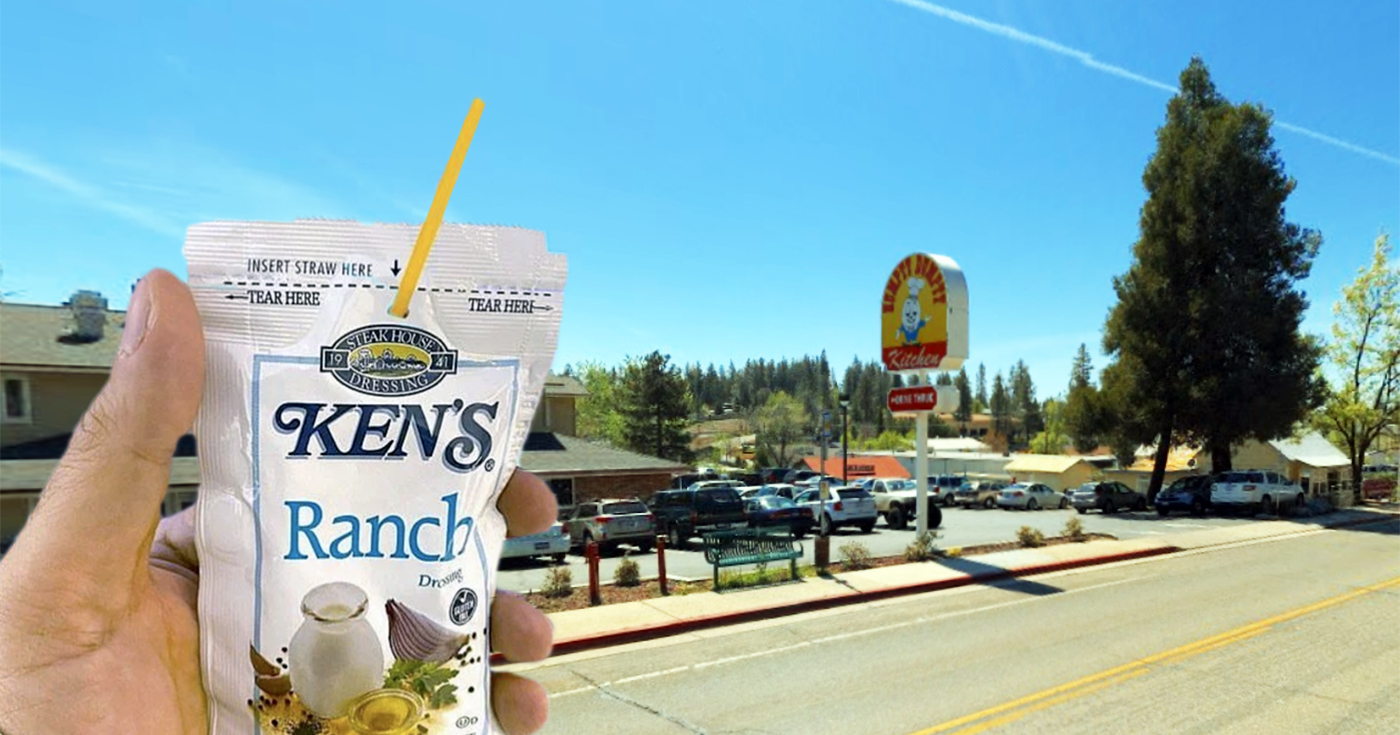 Grass Valley, CA — The Humpty Dumpty Kitchen located on East Main Street started offering ranch dressing as a main course this week. And according to patrons leaving Grass Valley’s most famous eatery, it was a hit.

“No matter how shitty my workday was, it was such a relief to hit their drive-thru and get a cheeseburger and onion rings with ranch,” said local Door Dasher Jon Chandler. “Now, I can get the ranch and gulp it down East Main Street.”

The genius idea came from one of “The Dump’s” servers, Daphne Hoosie, after she noticed patrons simply eating sides of ranch dressing.

“I thought I should mention it to the boss, and at first, no one liked the idea. But I suggested we give it a try for a week or so. And that’s all it took.”

The menu now features  “The Ranch” for $4.95, which is 12 ounces of the buttermilk-based dressing in a squeeze bottle. Customers order it, tilt their heads, and squirt the white goo into their mouths. They can order vegetable sticks for an additional $2.00; for another $6.00, they have six spicy chicken wings, although the management suggests chewing those add-on items.

“It’s about as American as you can get when you think about it,” said Ms. Hoosie, “and I’m surprised no one has thought of it before now.