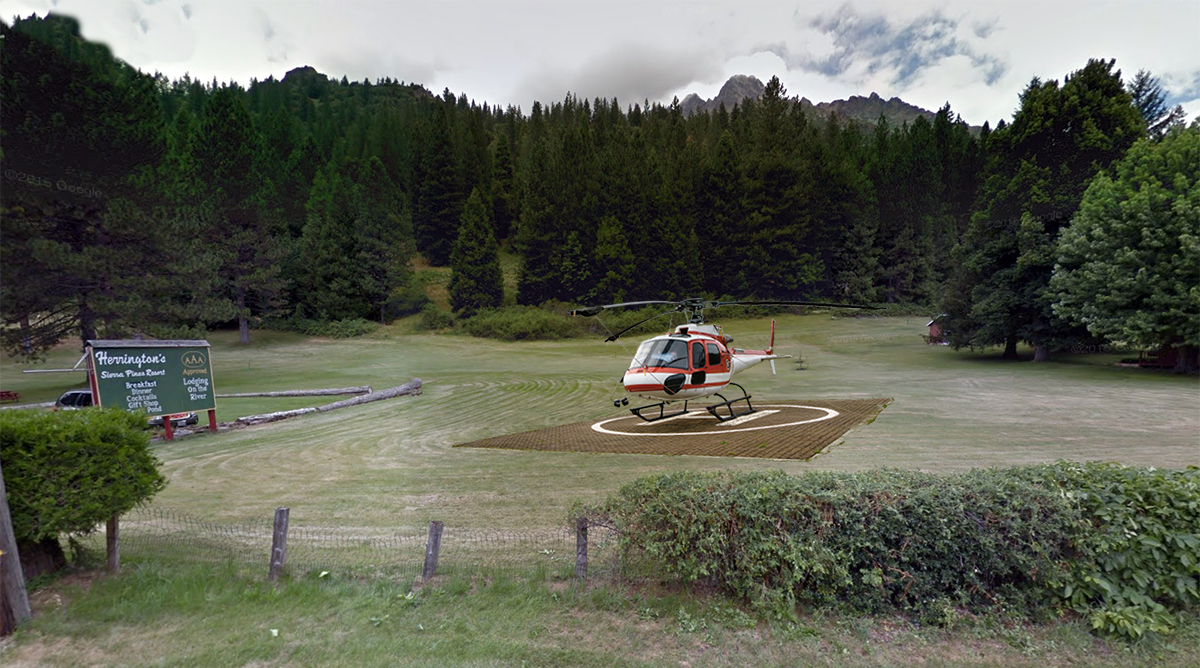 Sierra City, CA — The annual private meeting of North American and European elites known as the Bilderberg Group announced this week that they would be holding their annual conference at Herrington’s Sierra Pines Resort in June of 2021. According to chairman Henri de Castries, the site was chosen due to its remote location and convenient helicopter landing area directly across from the resort.

“It makes, um, perfect sense to hold our annual meeting in Sierra City,” said Mr. Castries in broken English in a Broad Street Beacon telephone interview. “It is the perfect place with trees and beautiful mountains. It’s also far away enough to confuse Alex Jones. And it’s also the final resting place of Adolf Hitler.”

The Bilderberg Group, Bilderberg conference, Bilderberg meetings, or Bilderberg Club is an annual private conference of 120 to 150 people of the European and North American political elite, industry experts, and finance academia, and the media, established in 1954.  According to some, the Bilderberg Group is the leadership committee for the Council on Foreign Relations (CFR), IMF, World Bank, Trilateral Commission, EU, and powerful central bankers from the Federal Reserve, the ECB’s Jean-Claude Trichet, and Bank of England’s Mervyn King. To name a few.

According to the management at Herrington’s, they do not know the upcoming meeting. When pressed, they told us they had no comment but also said that “we should know because that Dwayne Gish guy was invited.” [Dwayne Gish is the publisher of both The Broad Street Beacon and its sister international publication, gishgallop.com]

As it turns out, The Beacon has been invited to attend the 2021 Bilderberg Group Meeting.

“I can’t talk much about the invite,” said Mr. Gish in an email. “But suffice to say, Bill Gates is a Broad Street Beacon fan and personally invited me. You can only get in by invite. Or in the case of Alex Jones, you can force yourself in with a bullhorn, but that behavior usually doesn’t get you to the good seats, if you know what I mean. ‘Nuff said.”