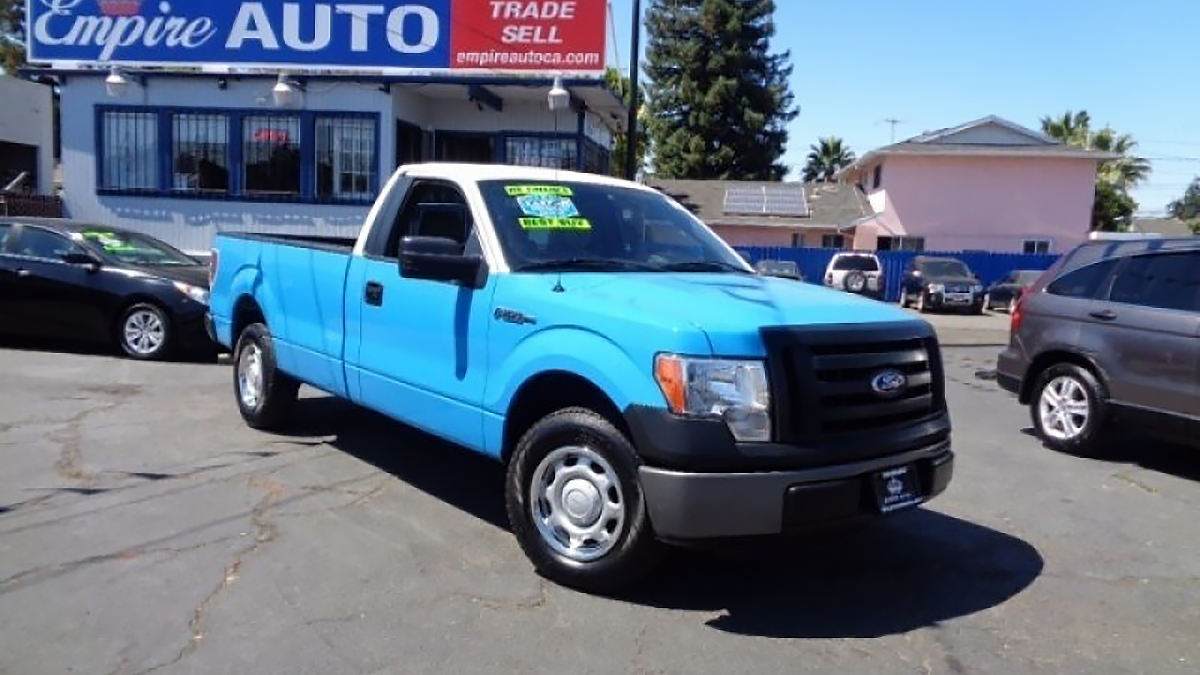 Oakland, CA –According to Emeryville auto shopper Dewey Niemeyer, a blue Ford F-250 truck on sale at Empire Used Auto in Oakland used to be a Pacific Gas and Electric Service vehicle.

“Well just look at it,” said a confident Mr. Niemeyer who works as a Pixar contractor. “It’s got the PG&E powder blue thing going on, and it smells, like. Let’s just say the interior has been used.”

According to Empire Auto owner Mahjub Ganim, he gets 50% of his automobiles from auctions and the other 50% from people off the street. The F-250 in question was purchased at auction.

“These are quality vehicles that go through a rigorous inspection process before they arrive here,” said a fast-speaking Mr. Ganim. “This fine Ford Pickup has low miles and is ready for someone who works for a living. Many are interested in this vehicle. Is it from the PG& the E?” I don’t know. They don’t tell me these things.”

According to the CarFax report, obtained by Mr. Niemeyer, the truck was previously owned by PG&E, confirming his suspicions.

“Look, the service records are all up-to-date. That’s one of the benefits of these fleet vehicles,” Mr. Niemeyer continued. “It’s just driving around in this blue truck, you know? People are going to be constantly looking at you. I had this friend who bought a used cop car. It still had all the spotlights on the doors and stuff like that. He got a kick out of scaring people into thinking he was a cop. I’m not into that kind of attention, you know?”

Mr. Niemeyer is not sure if he’s going to purchase the truck, even though it’s a great deal.