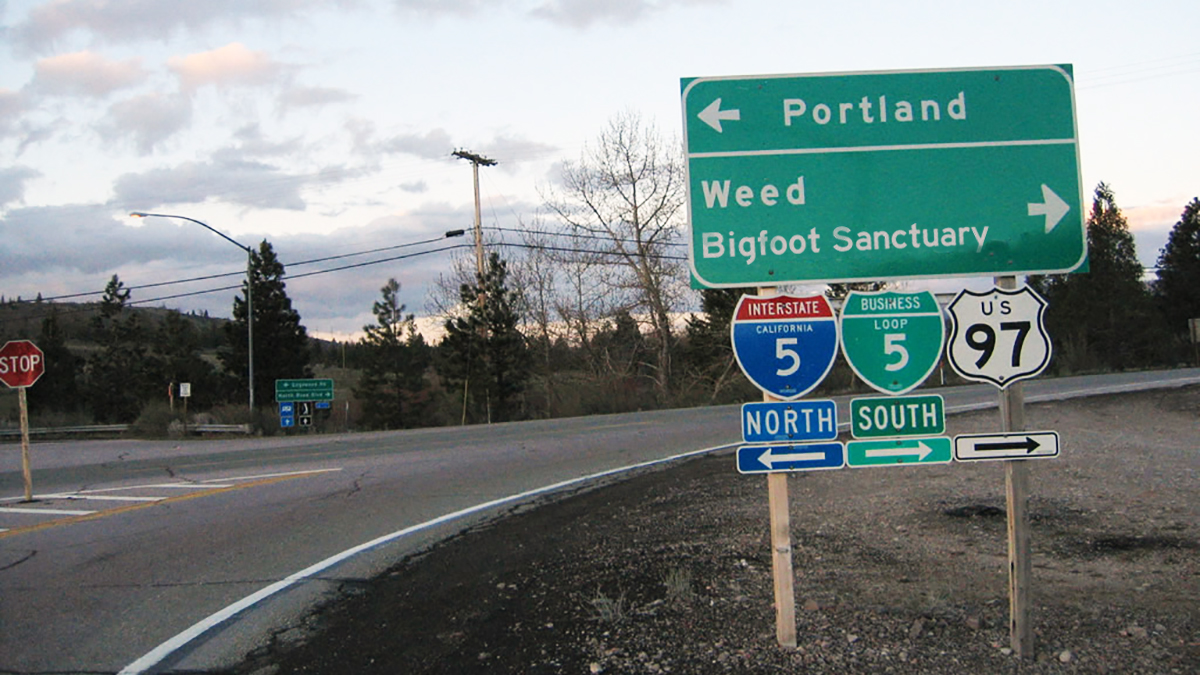 Weed, CA — The California contingent of the State of Jefferson (SoJ) secessionist movement announced today that it plans on establishing the nation’s first Sasquatch sanctuary and refuge, which will be located in Siskiyou County. The idea is the brainchild of lifelong Weed, CA resident Reuben Ford, both a Bigfoot “activist” and a staunch supporter of the State of Jefferson’s goals.

“You have to understand how much we dislike [Governor] Gavin Newsom around these parts,” said an oddly confident Mr. Ford speaking outside his ranch-style home on Highway 265. “And you gots to understand our love of the Sasquatch. Why I’ve seen it nearly 14 times over the years, and I do not doubt that the people in Sacramento would get rid of him without a second thought.”

“You see, that’s the thing,” continued Mr. Ford, his eyes lighting up with excitement. “Not only are we going to protect the Sasquatch, but we can create an attraction for people to come and see him. I’ve even talked with them Hollywood TV folks about doing a show which would be good for the economy.”

The State of Jefferson

According to a recent study, the break-away SoJ would have approximately 950,000 citizens, or roughly 2% of the current California State population. It would be about Delaware or South Dakota’s size with a dramatic drop in GDP and tax revenue, which has led critics of the splitter movement to question whether they can make it on their own.

“I understand their perceived disenfranchisement,” said the University of Chicago’s Professor James Badwater of the Badwater Institute of Public Policy, “but they pay the lowest taxes in California already and frankly generate very little income. They’re going to go from the 5th largest economy in the world to what I estimate to be a 2nd or 3rd world country in terms of productivity and GDP. They really need to think this through. Throwing up a few Bigfoot sanctuaries is not going to make up for these massive revenue shortfalls.”

As for Mr. Ford, who still proudly displays his 2020 Trump campaign signs in his front yard, he doesn’t like “egghead” professors telling him what to do.

“You’ve got all these city types telling us this and that, and they use all these big words to try and fool us common folk,” said Mr. Ford becoming agitated. “And besides, all their fancy math and science can’t take away our freedom to do what we want. It’s like my father used to say, ‘if you can’t talk like a 6th grader, keep your mouth shut.'”