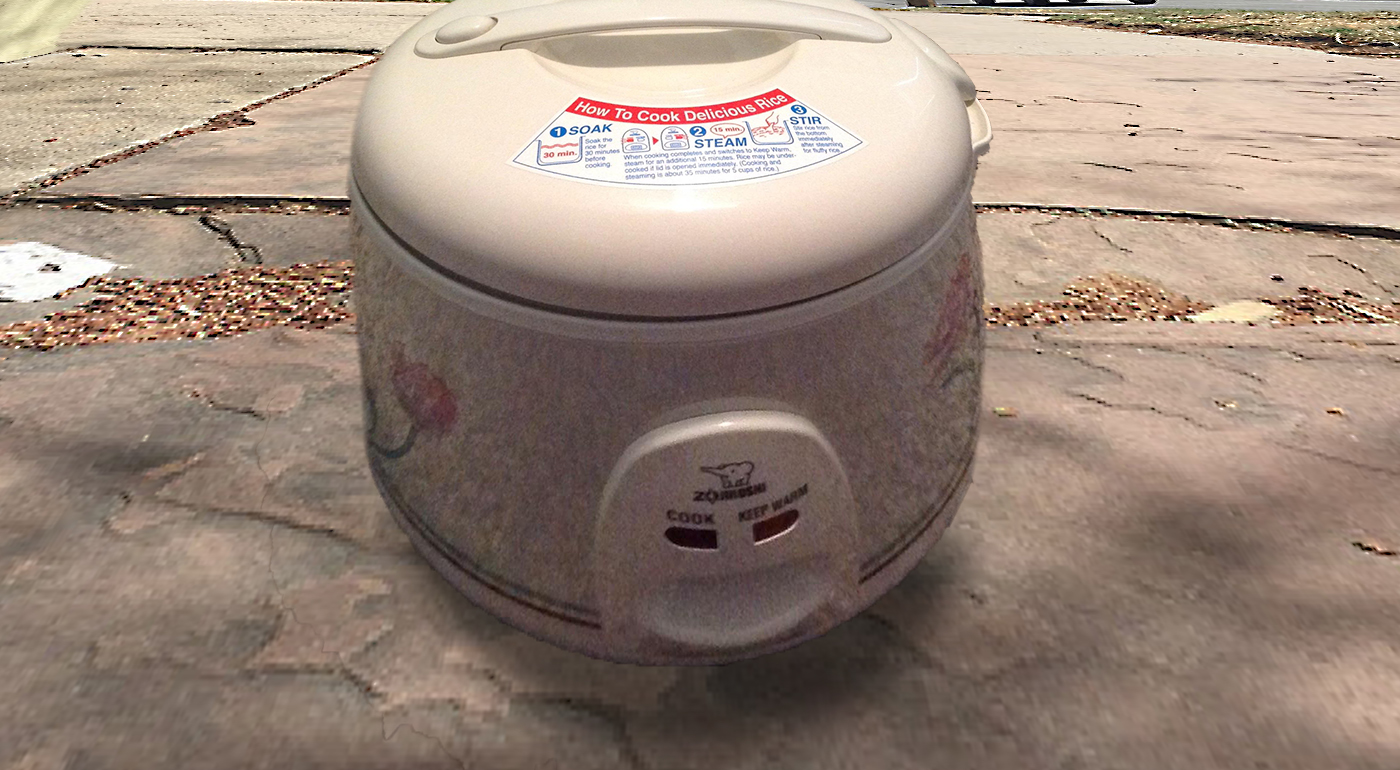 Grass Valley, CA — Police were called early today to investigate a strange appliance that was left outside the doors of the Grass Valley Salvation Army. Workers inside the store noticed the device around 11 am and thought nothing of it. However, several frequent thrift store shoppers grew concerned and called 911.

“You have to understand you can’t be too careful these days with all that’s going on in the world,” said frequent Salvation Army customer Shelly Wagner of Rhode Island Street. “I mean, you know, like all those hella awful bombs they keep finding in Boston and New York City? There’s a lot of crazy bad people out there. And I should know, you know?”

The Police arrived at 11:23 am and approached the appliance with some caution. One witness, who kept her distance over near the Flour Garden Bakery, said one of the officers tripped over a small bike while attempting to creep up on what was an old, dented rice cooker.

“Yeah, they took it seriously,” said April Cornys pointing in the direction of the Salvation Army some 100 yards away. “I suppose they should have had on bomb gear or something, but that’s Grass Valley for you. They just kinda walked right up to it.”

Officer Denehy of the Grass Valley Police, was the first to reach the rice cook and carefully tapped it with the top of his shoe.

“When it didn’t blow up, he just leaned over it and opened it up,” continued Ms. Cornys. “Then he yelled, ‘all clear. It’s just a rice cooker,’ and that was that.”