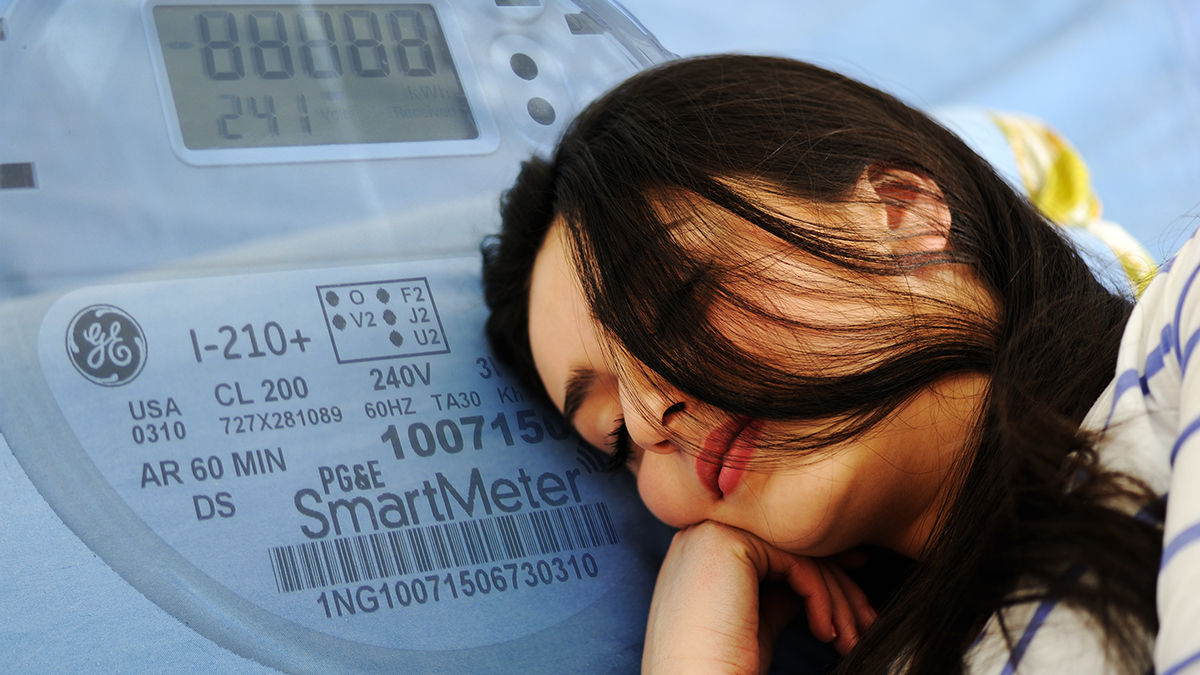 Nevada City, CA — Brenda “Dusty” Woods of Nevada City, CA says that ever since PG&E installed a utility smart meter on the outside of her Cottage Street home, she’s been experiencing vivid dreams.

“I guess you might say I was an average sleeper,” said Dusty speaking with Gish Gallop from her porch. “But last year when PG&E installed this Smart Meter [pointing to the side of her house], I’ve had the craziest dreams. Not only vivid dreams but premonitions and auditory ones too. Like, I can see into the future and things like that.”

Smart meters are utility meters with a radio transmitter in them to be read from a distance. So instead of the meter reader coming up to the side of your house to read the meter, maybe they can query it from the street, or maybe it’s a longer-range radio (some hook into the cellphone network), so they don’t need to send meter readers around at all.

Some people claim that the devices’ electromagnetic radiation (EMR), which is extremely low, interrupts their brain waves and contributes to anxiety, insomnia, and various other made-up ailments. But that’s not the case for Dusty.

“I look forward to coming home to my smart meter now,” Dusty said with a big grin on her face. “I really don’t get what all the hub-bub is about. I dunno. For me, it’s been a blessing. Perhaps these people complain about anxiety, and whatnot have some other underlying condition but prefer to blame a piece of technology?”

According to Pacific Gas and Electric, the smart meter program has been a great success, and they’ve only had to remove a few of them due to customer complaints.

“Although there is zero evidence that smart meters impact human physiology, we do occasionally remove them from people’s homes if they request so,” said PG&E spokesperson Bethany Millbright.

As for Dusty, she’s happy that her dreams are so vivid and real now.

“Just the other night, I had a dream that I had won the lottery and spent all the money taking my friends to Costa Rica on a 3-week vacation. Everyone was so happy, and that made me happy.”